“I had read something recently that left me with the image of being underneath one of those parachutes you play with when you’re a kid,” says Mira Costa, half of the acclaimed upstate New York folk-pop duo The Sea The Sea. She’s talking about their latest single, “Parachute,” premiering at American Songwriter, and released everywhere on May 15. “There was something about that as an image, of everyone running underneath, of a sort’ve playful chaos, and I started to imagine it happening in slow motion and sitting at the center of it all, and there was something about that idea that just felt really beautiful to me, and completely reframed how I was feeling.

“I also liked the idea that it could also be like floating through the sky under a parachute, looking at everything below you – that epic sense of perspective that also feels very humbling and peaceful,” Costa continues. She says she wrote the song “because I needed to hear it, and it was a moment when I was sort’ve re-reminded that I could just write a song I needed to hear – which can be a surprisingly easy thing to forget sometimes.”

“Parachute,” with its gentle, dreamy vibe, is the type of beautiful, intricate song that The Sea The Sea first perfected on their 2014 debut album, Love We Are We Love. It was, Costa says, immediately apparent that this song should become part of their recording catalog. “I played [it] for Chuck [E. Costa,, the duo’s other half] and he suggested we record it right away. So we did. And the arrangement spilled out the same way the song did, and really gave us a new sense of possibility for the relationship between writing and recording in general – a color that has painted everything we’ve made since.”


This first single is meant to impart peacefulness to listeners. “To us, this song feels like the first warm morning, afternoon of springtime with the windows open. Since writing it, we’ve continually come back to it in moments when we’ve felt overwhelmed, and it never seems to fail at making us feel more centered, and just, better. So, if it could be that for someone else, that’d be our biggest hope.”

The song, while sounding carefully crafted, actually came together very quickly: This is the first time that we are releasing a song that was written, recorded, and arranged all in the span of the same few hours, in the same room, and other than the mixing process has remained essentially unchanged. So, the birds you hear on the recording are the birds that were singing while the song was being written. The way we felt playing and recording the song are about as close to the song’s epicenter as we’d ever been able to capture in a recording. There’s something that feels a little extra vulnerable about that too, and that feels like a good thing.”

The band will release two more singles in June and July, followed by a full album currently slated for August. 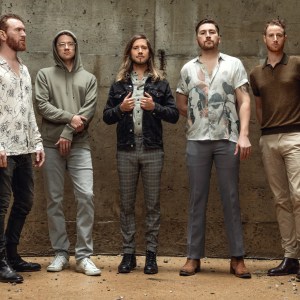 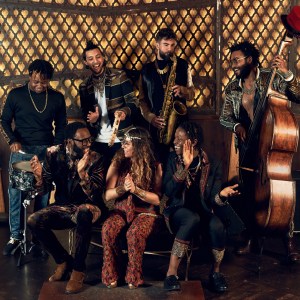