Myles Kennedy may well be one of the last true, rugged, gritty and compelled songwriters in the scene.  He works hard, and writes hard, even refusing to go to sleep sometimes until he has something to show for that day’s songwriting.

His songwriting and vocals have been the face of many projects he has been associated with over the years.  Kennedy has contributed his gifts as a vocalist in Slash featuring Myles Kennedy and The Conspirators and also fronted the hard rock group Alter Bridge.  Beyond these groups, is Kennedy’s solo work, something he deems a necessary outlet of expression.

“It really is a departure from everything I was doing with Alter Bridge and Slash” he said.  “It was just really something I needed to do to express myself in a different way.”

Kennedy marks the importance of variety as an artist and calls himself a “schizo-phonic” when it comes to music.  He is always mixing up what he listens to and is influenced by, an important step in the success of his songwriting over the years.

“My songwriting has evolved a lot, it’s changed,” Kennedy shared.  “You have your go-to approaches and as the years go on, once you get enough music out there you want to try new things and absorb new influences. You continue to grow, otherwise you make the same record over and over.”

While it is important to mix up your approaches, Kennedy shares one piece of tip he continues to find beneficial as a songwriter.  And it’s one that other than keeping the pen and paper stocked close by your pillow or a Taylor against your nightstand, can be done without even trying.

“For those of you who are songwriters- something that I’ve learned over the years is that you’d be surprised what comes to you when you’re sleeping,” said Kennedy.  “It’s that part right as you head to fall asleep or are coming to and even dreaming. I find a lot of ideas can hit me right then, so I usually have something to record with or if I’m home I’ll grab a guitar.”

This has not only occurred for Kennedy but it proved to be a useful passive tool during the songwriting for “Standing In The Sun”, a hit by Slash featuring Myles Kennedy and The Conspirators, and a true collaborative effort between Slash and Kennedy while making their record Apocalyptic Love.

Eleven or so years ago, as Kennedy remembers, he was on tour with Slash, while they were opening for Ozzy, it was twilight in Phoenix, 5 o’clock in the morning- Kennedy wakes up and grabs his acoustic and writes the bones of what would become the chorus melody for “Standing in the Sun.”

“I didn’t have any lyrics but fast forward to when we were putting together Apocalyptic Love and Slash had this killer ascending thing starting on the third and I loved it but we couldn’t find a chorus,” Kennedy explained.  “I thought what if we just try that dream state kind of idea I had as an answer to the verse, so it was interesting how that came about.  Choruses can be the most difficult part because you want the chorus to have a certain hook, vibe. As someone in the business once said ‘don’t bore us, get to the chorus.”

So far Kennedy has shared the importance of diversifying your music tastes, not to overlook your dreams or those split seconds of inspiration in and out of consciousness and to always put the brawn into your chorus.  But there is one last thing Kennedy finds essential to the process of songwriting and something he said can make the whole journey easier.

Looking at Alter Bridge’s beloved ballad “All Ends Well” he cites the one songwriting strategy that he found in a frequent saying his mother used during childhood, and it really stuck with him, enough to write a song about it.

“Part of the reason I relate to that lyric (‘All Ends well’) is because those are things my mom used to tell me growing up.  I think any time I sing something that I can hear my mom speaking through, is something I definitely feel. I think that’s such a paramount part of the process- if you’re writing about something you can relate to, it’s going to be easier to translate to an audience.”

For under $2 per month, you’ll get 6 mags delivered, access to historical issues via our app, all digital content and Songwriter U, plus much much more.

Use coupon code “myles2020” at checkout 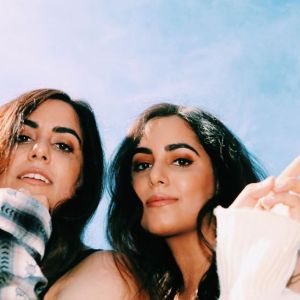 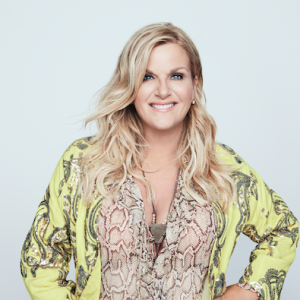