Brontide. A word which roughly translates to the low, distant sound of thunder, doubles as the purpose behind singer-songwriter Nick Kingswell’s primary intention as an artist.

“I’ve always thought of songwriting as seeing the big picture. Like starting a jigsaw puzzle before you find the edge, it all starts making sense once you do, and from then on, it’s a little easier to finish. In a way it’s only now, 25 plus years after writing my first song, that I feel like I’m getting closer to finding the source of the thunder, if you’ll allow me that ridiculous analogy! I’m not sure I’ll ever get there, but that’s what keeps me writing most days, the thrill of getting closer,” Kingswell shares.

Despite his humility, in his newest single, “There’s No Cure,” Kingswell succeeds in getting scarily close to the source of an emotion we all can relate to – the poignant feeling of regret.

In a relatable and retrospective fashion, “There’s No Cure” is a slow-burner. Kingswell, on the surface, tells the story of a relationship gone awry, but dig a little deeper and he reveals the questions which plague all souls. The endless battle of wondering what could have been.

“Ultimately, it’s about regret. A theme I explored in depth on the album. On its surface it presents as a love song, but within it lies pivotal moments in my life that I often wonder had I done differently, would I have had a better life? I’m fairly sure the answer is no! But it’s something I often think about.”

Although the single sat on Kingswell’s hard drive for three years, with the help of producer, James Bunton, the two were able to finetune an already emotionally raw song and turn it into a sweeping yet approachable track.

“Right from the start, James Bunton and I knew there was something about “There’s No Cure” that felt familiar. Like a song you recognised even though it was brand new. “Homesick” came as the first single as a statement of what was to come. “There’s No Cure” is like the second wave of the set that rewards you for being patient,” Kingswell explains.

He is quick to add lightheartedly that the reference to a second wave is completely unrelated to Covid-19 but is actually a common analogy in the surf community.

As a native to Australia, now local to London, Kingswell has had to adapt to a surfless life and all the struggles of a transatlantic move. He addresses those feelings in “Homesick,” the first single off his upcoming album, Brontide.

As far as how Kingswell initially found out his purpose was baring his soul lyrically, he attributes it all back to a fascination with songwriters from a very young age.

“I grew up in a house with lots of great songwriters always being played. Leonard Cohen, Bob Dylan, Willie Nelson etc. So when I started playing guitar age 8, I just thought that’s what you did! You write your own songs. I had guitar lessons from the word go, and each week I’d come in for my lesson and all I wanted to do was show my teacher the songs I’d written that week,” Kingswell says.

Learning from the greats, Kingswell’s music explores the seemingly pedantic experiences from everyday life and transforms them into treasure troves of emotional depth. His artistic identity lies in articulating the moments most people often overlook.

Despite the inherent vulnerability in his music, Kingswell never lets his subject matter overshadow what he inadvertently gravitates towards – hope.

“My underlying message is always of hope. I never mean for it to be, but I guess I’m a silver linings kind of guy.”

Check out “There’s No Cure” upon its release tomorrow. 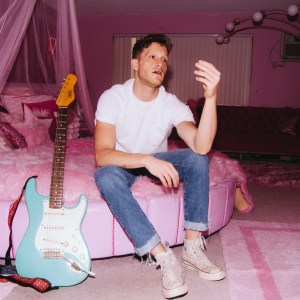 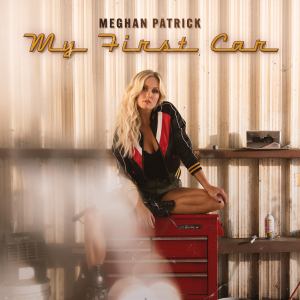