In life there’s an abundance of firsts that gradually line the paths of our memories. Perhaps one of the most notable and enjoyable of these, is the time people spend with their first-ever cars. While everyone’s specific experience differs, the very nature of where one goes, with whom one travels, and what one does over the years of driving that first car, leads to a treasure trove of personal stories that would make any songwriter’s eyes light up with inspired energy. That said, considering how meaningful the memories strapped to a first car can be, it’s not surprising that country artist Meghan Patrick chose to let them be the source of inspiration for her newest single, aptly titled, “My First Car.”

Despite its less than three minute length, “My First Car” doesn’t try to fly by at a breakneck tempo. What it does make a point of doing in that time, is flashing nods to all kinds of contemporary blue-collar country sub-culture and iconography that shaped Patrick’s lived experience with her first vehicle: a late 90s pickup truck.

“I actually (drove) an old 1989 Firebird when I was in high school. That was a vehicle passed down by my grandmother when she when she passed away. But the first car that I ever brought that, you know, had my own name on it brought with my own money, was a 1998 GMC Sierra diesel. So, that was what (myself and my co-writers) kind of used as the inspiration for the song,” she says.

“And actually,” she continues, “(the truck) still exists. I don’t have it in Nashville – I honestly don’t think it can make it that far – but, my dad still has it back home and uses it at work and stuff so, it’s still alive.”

Just in “My First Car’s” opening verse alone, there’s mention of everything from “tailgate(s), beer, John Deere and George Strait / water tower towns, bass ponds, and 308’s.” However, considering these things aren’t exclusive to country music’s often-associated locality of the southern U.S., it’s interesting not only to hear what unique aspects and lived experiences of Patrick’s time in Bowmanville, Ontario led her to country music, but also to hear her non-U.S. fueled perspective about why country is beloved in many places.

“I get (the sentiment) all the time like, ‘Oh really? People like country music in Canada? People like country music outside of the southern U.S.?’ I’m like, ‘Yeah, I mean (some people in Canada) also grew up out in the woods and on four-wheelers and hunting and fishing and doing all the same stuff that you guys do here. We just talk different, you know?,” says Patrick.

“(Additionally,) people make comments like, ‘Oh Bowmanville is not country!’ but it was very rural when I was growing up, so I mean, I spent a lot of time outdoors.” Patrick explains, highlighting how she didn’t shy away from hobbies people around town enjoyed just because of her gender or the confinement of societal norms.

“I was kind of a tomboy growing up,” she continues. “So, I was always around guys on dirt bikes and four wheelers and (people) fishing and hunting. I mean, just thinking back to like being in high school and stuff, there were only really like two bars in the town I grew up in,” she says. “So, generally speaking, if you are in a small town and you walk in (the bar) obviously people are going to know my parents so it’s not like I was getting away with a fake ID.”

Beyond the individual, amusing charms of Bowmanville and the tightly knit spirit of the people who live in the town, there’s still the matter of country music itself. Though a passion for the style isn’t necessarily just about the notes or sounds of a song, underneath the imagery-laden aspects of the memories Patrick weaved into “My First Car,” there are certainly other aspects of country music – its community, its character – that also inspire Patrick creatively and emotionally.

“(With) other genres,” she continues, “sometimes songs are focused just on an emotion or even more like material things. But country music is telling a story, usually about everyday people and everyday things that we all experience and relate to. (And) I think country fans are some of the most discerning fans out there,” she says. “I think they’re very acutely aware of what’s authentic and what’s not.”

This realization – about the intangible but very real heart that comes along for ride in many country music journeys – wasn’t something that only solidified after Patrick signed her first record deal or heard her first record of an iconic country artist. Though the specifics of the genre and the actual emphasis of “this is country style music” might not have emerged right out of the gate for Patrick, it’s clear the inherent emotional intentions of country resonated with Patrick from the first time she realized she enjoyed making music as much as she did listening to it.

“I think I was probably like, maybe 12 years old and I kind of first realized, ‘Oh I can actually sing. Like this is something I can really do!’ I really loved singing and I loved performing but, you know, it kind of got to a point where I felt like, ‘Well, I have something that I want to say (and) I want to write songs that I can really, really feel strongly about because they’re my own feelings and my own emotions and something that I’ve actually experienced.” Patrick says.

These kinds of open discussions are all well and good. Nevertheless, once something like “My First Car” has crossed the mastered and finished line, what listeners are presented with is a piece of art that brings all the components of Patrick’s dimensions together, rather than splitting them apart for individual analysis. In this same way, with Patrick relocating to Nashville so as to better connect with music fans in the U.S., there’s a clear coming together of two sides of the same country culture coin And, despite the public’s appreciation for authentic feelings and stories, the feeling of similarity can still manage to sometimes get lost amid the intense passion of either those same shrewd fans or the industry itself.

“I don’t know what it is about country fans sometimes or, people in the industry. (Sometimes) it seems like a contest of, who’s more country,” Patrick says.

Thankfully, the more time Patrick has spent around the folks of Music City, the more she’s sussed out the similarities and differences between country on both sides of the North American border. In the case of “My First Car,” as well as looking ahead to future writing opportunities, Patrick sees plenty of ways having her particular kind of multi-layered perspective can make her take on country music stand out even further going forward.

“So first of all, my dad is Canadian and my mom is actually American so I have dual citizenship. So I have spent a lot of time in the U.S. growing up and like, you know, there’s always been a part of me that wanted to experience more of that part of my heritage,” says Patrick.

“I think that with songs, there’s a song for everything.” Patrick says.

“I mean, (“My First Car”) isn’t by any means the deepest or most emotional song I’ve ever written,” she continues. “But, I think it definitely has a deep level of nostalgia and some of my favorite country songs are very nostalgic. I would say that country as a genre has done very well with writing nostalgic songs, you know? And then you’ve got breakup songs and party songs and drinking songs and there’s there’s kind of something for everybody, no matter where you’re at,” Patrick says.

Getting more and more settled into this latest chapter of her career, Patrick only has to look up to see how much growth and possibility is open to her, both with “My First Car” and future music that will follow: New listeners, new settings for inspiration, and lots more people who drive all kinds of cars, drink all kinds of beer, and fancy lots of different ways to celebrate a good time when the space for a bonfire is at a minimum.

“The first thing I’ll say is, country music is for everyone,” Patrick affirms. “Nothing would make me happier than to see an audience that spans any gender, any race, (or) anything like that. I mean if you love my music, you are welcome at my show.”

“Sometimes the (country) community or the (music) industry has has not held that same attitude (regarding that philosophy) and it’s really upsetting,” she continues. “I think at the end of the day, great music is great music, and I think that that goes for different styles within the genre (too.) If you’re making great quality music, then to me, you deserve it. You deserve a shot in this genre as much as I do or anyone else does. I just think I’m all for anything that is gonna make good quality, well written music (sit) at the forefront of our genre – whether it’s more pop(-oriented) or whatever. I think in general (country) could be more inclusive on kind of on all fronts.”

As time goes on, the personality of Patrick’s songwriting can come to thrive while the stories built into her music take on even more honesties that harmonize with the push for change and broader inclusion in the country music sector – especially where Nashville is concerned. Just as Patrick no longer drives her original GMC Sierra diesel pickup, it’s bright and exciting to consider what Meghan Patrick’s music might sound like when her vibrant musicality has the chance to channel a fresh and less common slice of storytelling or at the very least, reach and positively impact someone who’s story has yet to be told with three chords and the truth.

“Music has been such a huge lifesaver for me and I think of all the times that I’ve heard a song and felt like, ‘Oh my gosh, I feel like the song was written for me or the song was written about me,’” Patrick says, relating it to the specific energy that comes from performing live – something fans and artists alike have been starved of for most of this year.

“When I get to stand up on stage and I see that look in somebody else’s face that I’ve had (as a fan), I’m like ‘Wow, this is crazy that I’m able to have that kind of impact on somebody with a song that I wrote. You can’t put a price on it and it is so incredibly rewarding,” she says. “If I can write songs that have that (kind of) impact on people then I mean that’s that’s the best. That’s the best part about what I do.” 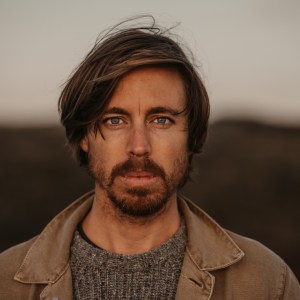 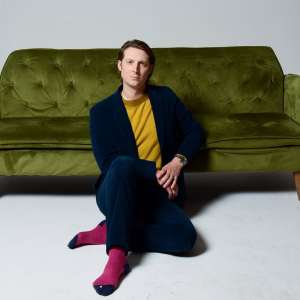