Looking through the lens of a painful turn of events— a breakup, losing his home to a fire, and the subsequent death of his friend within a short period of time—all was concentrated in Nick Leng’s 2020 debut Lemons. On the other side of those traumatic events, and year following during the pandemic, the South African-born artist dug deeper into his stories, unearthing a song he first wrote in 2016 or 2017. After working the tracks through several iterations, he eventually abandoned it for several years, before “Fine Little Rhythm” resurfaced again.

“It’s fascinating revisiting an old song that you left off at a point of frustration,” says Leng, “because there’s a wonderful lens of clarity once you’ve stepped away.”

“Fine Little Ryhthm” is a hypnotic dance around bonded lies, the rise and fall and other idiosyncracies of love.

“There wasn’t a direct musical influence, but more of a feeling like I’m running into the wind that I wanted to capture, especially in the chorus,” says Leng. “The key thing for me in this song was keeping it feeling organic but still having a unique texture.”

Leng adds, “[It] got there by having the essential elements, like the piano, organs, percussion be real and recorded, then mixing that in with samples, found sounds, and instruments I created with samplers. Most all the sounds were massaged and manipulated over time to get it to the place where it felt like a sonic playground that you could re-listen to over and over.”

Now working on a new body of work, “Fine Little Rhythms” is just another step in Leng’s reemergence as a songwriter and artist.

“This single and the last one, “One More Time,’ were the bread crumb trails to what’s to come,” says Leng. “I’m so excited to share this new music with the world.” 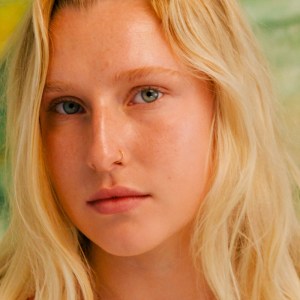