2019 was a watershed year. Billie Marten left Chess Club Records, the label on which she had released her first two records, and jettisoned her management team. She needed a reset in all facets of her professional life, if you will. “I was observing things I wasn’t happy with to the point where it created this bag of resentment and anger and isolation. It made me realize that I needed to do some good work on myself,” says the singer-songwriter, calling from a solo day in the recording studio, as she whittles away on even more new music.

In the here and now, the Yorkshire-born and raised artist readies her third studio set, the lush, bass-heavy Flora Fauna, out this Friday (May 21). “I found the ability to speak to and be honest with myself and other people. That led to having a discussion with the label I was on and not finding it viable to do another record. That was a blessing,” she tells American Songwriter. “I wasn’t ready, and it was with the wrong people. I also needed to go off-grid a little bit and work on keeping myself alive, well, and functioning. During that time, I was a bit burnt out and smoking and drinking too much─and not eating very well.”

Nature, which had long been a trusty salve, proved once again to be just what she needed to replenish her body, soul, and mind. The songwriting benefited greatly, too, of course, and what soon emerged was a 10-song annihilation of provocative storytelling, out of which Marten shed the sticky web of toxicity that once shrouded her life and rises from the damp thicket more self-assured.

Her parents still live in an especially beautiful section of Yorkshire, and there, two national parks merge into one. It is between the rustling trees and refreshingly emerald countryside that Marten finds true peace. “I find that such a comforting blanket. The years prior, I would go there every few weeks or every month. London was really difficult. I could never see a horizon, and that freaked me out. You could never really tell when the seasons were changing. Cities merge into this one weather form, and it’s hot and muggy. I struggled with that. I like to know when the earth changes and the lambs come out─and when the flowers bloom. All those physical changes that mark a new time. I was missing that.”

Nature, as it turns out, has “everyone’s back,” she observes. “It’s a substance that is completely non-judgemental. It doesn’t have a specific form. It will take you in any shape. You could be anyone, and it’s still got you. I’m not trying to personify it, but sometimes, it does have a feeling of warm and welcoming arms. It makes me stop and not think about my silly little problems. This world is so huge, and it’s trying everyday. And it’s always beautiful. It’s the one thing that is ever-present.

“Since day one, I’ve found that nature’s the easiest concept and subject matter to connect these metaphors with. Nature has very different, opposing personalities,” she further describes, “and that’s what I was experiencing at the time. This album is me understanding that I can have all those different personalities and still be one specific human.”

In previous musical lives, she’d frequently been “pinned as this bluebird, whispering waif person─of a girl really, I was never seen as an adult either─or I was not there at all,” she continues. “Quite often, I would get comments, especially meeting people after shows or in interviews, and they would say, ‘Oh, wow, you were not what I was expecting.’ Sometimes, the personality doesn’t align with the music you make. That’s really important to realize, especially for myself, and that meant I didn’t have to align with this prescription of who I was. Then, I had the freedom to make what I wanted.”’

Frequently, women are pigeonholed into particular categories as it relates to their work. “You’re either cutesy, folky, and odd-bally in a very happy joyful way or you’re severely depressed and tortured. Sometimes, you can be neither of those things and still be a lady with a guitar,” says Marten, a gentle scoff to her breath. Fellow UK artist James Blake, for example, wrote a revealing exposé in 2019, in which he stated how he would often “play down or skirt around how desperately sad I have been.” Marten can certainly relate, but makes an apt point: “I genuinely think that’s the only time a guy has had to address that.”

With Flora Fauna, Marten cues up sharper songwriting that’ll (hopefully) lay to rest expectations the media and her fans have forced upon her shoulders. As much as she has come to loathe the term, making the album was indeed quite “cathartic,” she says. “It was entirely necessary. I could feel it in my bones.”

Recorded over 10 days, alongside producer Rich Cooper, the record found Marten picking up the bass on a whim. She didn’t know how to play; in fact, she plucked its strings as she would an acoustic guitar. “I just decided to buy one. It came the next day, and I just really enjoyed making a different sound that wasn’t an acoustic guitar. Not knowing how to play meant my fingers were quite clunky, and I made very specific, rigid chords.These sort of slightly deranged bass riffs came out as the bed of every song.”

She later layered on all the usual instrumental suspects, yet the entirety of her lyrical yarns felt completely different. “I didn’t want to say as many words. I didn’t want to be particularly lyrical or playing around with the wordsmithery of everything. I wanted to say very flat, harsh words,” she says, quickly referencing “Human Replacement” and its grimy bass line and rawboned lyrics. “It’s a wild card for me. I didn’t realize this sound could come out of me. The verses are literally one syllable four times. That’s freeing. It’s freeing you to get the point across without being [Bob] Dylan.”

She carves through her words as a blunt razor, a jagged edge glistening in the light just the same. “It was purely based on the fact that everyday around the time me and Rich were doing that song it was the death count of how many stabbings or shootings. It was men and women,” she recalls, “but I wanted to direct it to this thought bubble of this is what women experience all the time. I wanted to get some reserved anger or rage that was in there before and get that out a bit.”

Released last month, the driving “Creature of Mine” lands as another wonderfully magnificent accomplishment, particularly the inclusion of horns, played by Matilda Bywater. “She never played professionally before in her life, and she’d never been in a studio,” Marten reveals. “She was practicing trumpet in her room. I lived really close to the studio, and she was living with me at the time. I asked her to come and see what would happen. It was fascinating. She didn’t know how the live room worked or how she would hear herself. We gave her the headphones, and in the end, I was in the room with her to direct and orchestrate, which I had never done. It was the sweetest moment of our two lives. That was the real apex of friendship.”

The song, switching between ethereal warmth and propulsive emissions, initially stemmed from a conversation about global warming but soon took on a new meaning. “It became a view on a different type of life. The first few lines are explaining the hurt that Mother Nature maybe herself would feel if she knew what was going on right now,” she explains. “Then, I opened it up to what would happen if we needed to leave earth and were only allowed to take one person with us─would that necessarily be who you were with at the time or would it be someone from our past or would it be a stranger or a creature.”

Later, Marten shifts gears with “Ruin,” its swaggering time signature a bit dusty and worn like a pair of scuffed-up cowgirl boots. It unexpectedly mutates into a jangly indie-rock song, and Marten’s voice never wavers. She laughs, at first, when a comparison is made to country and western music but admits it does make sense. “I wanted it to be like a jaunty, very major key rhythm─sort of country-ish, journeying as if someone is hobbling along. Then, I wanted the chorus to hit you like a ton of bricks.”

Rummaging through her studio for a moment, she uncovers the original demo, dated December 2019, and plays a section of her original vision. “It’s so slow,” she remarks, chuckling. Its more stripped airness is clearly evident, defined by even her vocals which appear far less rhythmic. “Rich is such an amazing drummer that we can just come up with it at the end. It’s quite brilliant. It was instantaneous. We’d walk into the room; I’d swing the bass over; and he’d just get on the kit.”

Marten hypnotizes and hooks you in. By album’s end, she heaves a final breath with “Aquarium,” a note of positivity after the hurricane that was the previous nine songs. A place I am cradled from the chaos / I am too cold without them / I need friends, and I want lovers, she coos through a vibrant basket weave pattern. It lingers on her pain, but seems to cast it aside for brighter days ahead.

“It was written directly after a phone call with my dad, who’s very much my point of call if I need some help. He’s very wise and also slightly socially inept. He will take everything very literally. If he’s giving advice, it will be very succinct and to the point. There will be no crap around it. He’s the most emotionless emotional man I’ve ever met,” she says. “I rang him up, and I was at a point of crisis and losing myself in the midst of it all. I felt incredibly down. It was one of those bad episodes. He said, ‘Get off the phone with me. Go and write ‘this too shall pass’ in really big letters and stick it on your wall. Then, he said, ‘The black dog will go away.’ That’s all he said. I said I loved him, put the phone down, and wrote that out.”

Marten grabbed her guitar, and the song poured from her soul almost immediately. “I said what I needed to say at that time. I love how sparse it is and that we didn’t try to give it this lift. We didn’t make it something it wasn’t. It’s very much a pure narrative. It doesn’t need any fluff around it. It came out of a really bad time, but now, I can sing it with a sense of joy, a lighter head, and a bigger sense of perspective.”

Flora Fauna is an unburdening. 10 songs later, and Billie Marten can finally breathe. 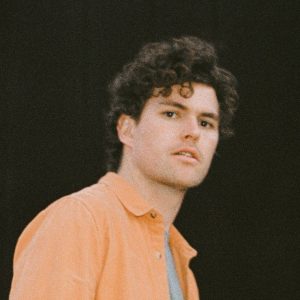 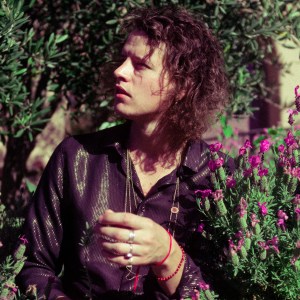