“Last year, I almost threw in the towel / I was tired of suits telling me what to write about,” weeps Jonathan Capeci. Frontman of Nashville pop band Nightly, Capeci is at his most vulnerable with an organic framework of acoustic guitar and minimalistic production. “older” arrives deep into the trio’s debut record, night, love you, and pierces right to the core.

“This [song] and ‘time online’ are by far the most raw and personal songs on the record. When I got the idea for this song, I just wrote tons of lines in my phone and on my laptop over the course of the weekend,” Capeci, whose influences run from The Killers to Miguel, tells American Songwriter. “By Sunday, I had a couple pages of thoughts sifted through to create the verses. It was honestly very hard to narrow it all down. I feel like I could have easily made three songs with everything that I had written.”

“Woke up in the same clothes I wore yesterday / My head is pounding now, I lost my phone again,” sings Capeci, his vocal worn and dreary. “I found a grey hair and I thought about / When my dad was my age, he was married by now.”

“older” fully taps into today’s existentialism, a driving, merciless angst aroused out of this year’s unease. Even more, it’s the kind of dread that arrives in your 20s, and you have no idea what you’re doing with your life. “Don’t do the things I’m supposed to / Overthinking, under-focused / Emotional rollercoaster, keep it all on my shoulders,” he continues unfurling his emotional strands on the hook. “Hoping no one will notice / I’m no good at getting older.”

The accompanying visual, premiering today, opens with vintage footage of a birthday party gone by. A fresh-faced, wide-eyed Capeci, then affectionately called Johnny, sits at the head of the table, and a birthday cake’s candles radiate and fill the room. Gathering family and friends sing happy birthday, setting up the bittersweet mood around what transpires next.

Cut to present day. Capeci lies on wet concrete, seemingly unconscious, and the camera pans out to reveal his bloody lip. Still in a daze, he climbs to his feet and wanders aimlessly, restlessly through the pouring rain. Such imagery couples with his evocative lyrics to further punctuate his ongoing turmoil and fear of the future.

In an unconventional pop turn, Capeci employs the outro to slip in a revelatory moment. “I called my dad one night when I was a wreck / He said at your age, I was a mess,” he confides. “So don’t let it all weigh down on your shoulders / Things will work out the way they’re supposed to / It’s just part of getting older.”

And it’s absolutely true. Such clarity only comes with age, and we must weather the storm to appreciate the sunshine. Nightly, also comprised of Joey Beretta and Nick Sainato, may not know what they’re doing, but it sure looks like it. 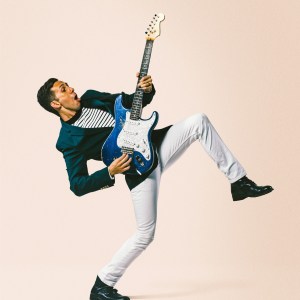 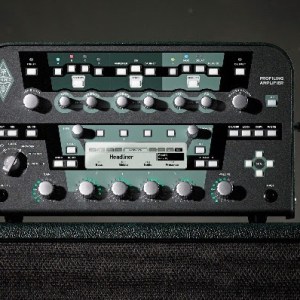