Touring is every musicians dream. From the first time you strap on a guitar or settle in behind a drum kit, the idea of traveling from town to town playing to thousands of screaming fans is embedded in your brain. As they say, the road glimmers with gold.

While it beckons with the promise and tease of rock stardom in whatever style of music you play, what’s not known is what the road can cost. Forget money, we’re talking about life. The first thing that goes out the window is any sense of normalcy. Stability is next. After all, it’s hard to maintain normal and stable when your day starts at 6a and the previous one ended just a few hours before.

These are lessons singer / songwriter Garrett Owen has learned all too well, though if anyone should have had an idea of the price tag the road bears it should be him. Born in Texas to missionary parents, Owen was raised in Tanzania and Kenya, riding on the luggage rack of the family’s Nissan Patrol with vast clear skies above him and gazelles running alongside. When the family relocated back to Texas when Garrett was 19, he struggled horribly to fit into a culture he didn’t understand. What most consider normalcy and stability was out the window for young Garret.

The concert road isn’t much different, only the luggage rack is underneath the bus (or in Owen’s case, the trunk of his Honda) and the gazelles running beside take on a different form. The costs are the same and relationships, especially budding new ones, are put to the ultimate test. Owen found that out recently when he scored the tour of a lifetime opening for Parker Millsap, however that experience cost him the price of a new love.

With a sound akin to the more melancholy side of Jesse Malin, Owen brims with a mixture of mourning and understanding in his new single “No One To Save You,” which American Songwriter is proud to premiere right here. Lyrically the award-winning songwriter cuts a swath a mile wide as he tells the all too familiar tale of love lost on a six stringed road.

“Touring can be stressful in a lot of ways – stressful on your physical health, your mental health and on your personal life,” admits Owen. “A few years ago, I was on tour opening for Parker Millsap, driving myself to all the dates in my little Honda Civic. I was in a new relationship that ultimately couldn’t withstand that stress. It just didn’t work, and I can’t blame her really.”

“No One To Save You” is part of Owen’s second full length album Quiet Lives, set for a September 18th release. You can pre-order/pre-save it here.

Garrett Owen · No One To Save You 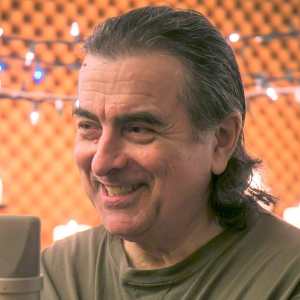 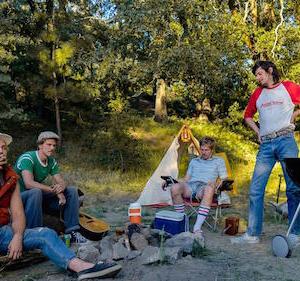