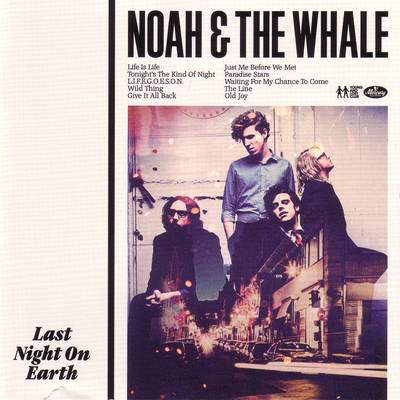 On Noah and the Whale’s 2008 debut, when Laura Marling was still a member of the band, they had a minor indiesphere hit with “5 Years Time,” a twee anthem replete with whistling and ukulele. The rest of Peaceful, The World Lays Me Down followed in the indie pop vein, with folk influences spread throughout. 2009’s The First Days of Spring was a more mature effort for the young band, with frontman Charlie Fink’s voice continuing to hold everything together after Marling’s departure. For Last Night On Earth, the lineup changed again with the departure of drummer Doug Fink, and the Londoners decamped to Los Angeles to record. They emerged with a new and refreshing sound that might not actually be either of those things.

With “L.I.F.E.G.O.E.S.O.N.,” the band seems to be attempting the late-70s-through-80s stylings exemplified by Journey and Tom Petty. Unfortunately, while they are talented performers, Noah and the Whale are not American classic rock heavyweights. While spelling out the title letter by letter is reasonably charming, it’s not enough to distract from the way the song otherwise sounds like some sort of parody.

The same kind of ham-fisted narrative technique, which sounds life-affirming in songs from its initial heyday but has not endured otherwise, is used throughout the album. Tracks like “Wild Thing” and “Tonight’s The Kind Of Night” also distantly recount the exploits of troubled characters, disregarding the intimate lyrics of Noah and the Whale’s previous material. As much as Fink attempts to emulate the forceful 80s vocal style, it doesn’t suit him. His voice has always been a defining element of the band–raw and vulnerable, with the striking sincerity of English gloom. Singing about small town girls, American girls, or any other kind of girl that Fink holds at arm’s length does not lead to particularly cohesive-sounding results. Sure, the band’s musicianship is naturally more developed, with bright spots such as a keen violin part on “Just Before We Met,” but their attempt to create a bigger sound is jolting and unwieldy. The drum machine beat on “Life Is Life” is sure to surprise fans, while “Tonight’s The Kind Of Night” builds to a grandiose choir singalong. These aren’t necessarily bad techniques, but they fail to mix well with Noah and the Whale’s organic, acoustic tendencies.

Artists are constantly evolving, but Last Night On Earth is not so much growth as it is an attempt to be something that Noah and the Whale are never going to be. There is no cheeky wink and nod that lets listeners know that the band is in on its own joke, that they know they’re out of place. This is not where power ballads belong, both in terms of the band’s previously established sound and the actual execution.

It’s admirable that the group wants to branch out, but as Cold War Kids and the Killers have shown, sometimes it sounds better when artists leave their visions of grandeur in the nascent stages. Noah and the Whale are a fine band, but they seem to have lost their direction. 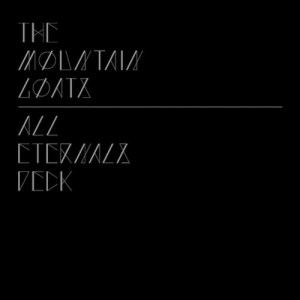