From Go Find the Moon: The Audition Tape,
a previously unheard recording by Laura Nyro at 18,
to be released on September 10, 2021

Any opportunity to celebrate the songwriting of Laura Nyro is one we always welcome, as her songs remain a timeless affirmation that deep songwriting artistry from a pure heart of art and soul matters forever.

But this is especially special.

We are proud and happy to share this premiere of a song by Laura which was never released. It’s from the audition tape she made of her songs for producer Milt Okun in 1966. The song is “Go Find The Moon,” and it is stunning.

It is from Go Find the Moon: The Audition Tape, a previously unheard and unreleased recording she made as an audition tape in 1966. It is being released on September 10, 2021,  and is the second of two sets of rare Laura Nyro music being released by Omnivore. The first was the glorious Trees of the Ages: Laura Nyro Live in Japan, with inspired liner notes by John Kruth.

Back in 1966 when she was all of 18, she had already been writing beautiful songs for a year. Unlike almost every songwriter ever, her very first song, written when she was 17, was a masterpiece. It was “And When I Die.” It’s a song at a level, musically and lyrically, far beyond that which most songwriters ever reach. That’s where she started.

By 18, she was already a seriously great songwriter. She was also intelligent, and savvy about the business of music. She knew that her music would be appreciated if she got heard by the right people.

Her dad helped. A piano tuner, he tuned the piano in the office of Artie Mogull, an A&R man for Warner Brothers. After he was done he asked Artie if he would listen to his daughter. Artie agreed.

“The next day,” Artie said several years ago to KPFK radio, “this little girl comes up, and the first three songs she plays are ‘Wedding Bell Blues,’ ‘Stoney End,’ and then ‘And When I Die.’ I almost fainted. I went crazy.”

Artie signed on as manager. He knew there was no better producer for her than Milt Okun, producer of Peter, Paul & Mary among many others. He arranged for her to record an audition tape for Okun. That entire recording is this new album, including several beautiful songs she never recorded officially, including “Go Tell The Moon.”

Although Mogull’s contract with her was ultimately judged invalid because she was underage when she signed it, he recognized her greatness immediately, and also knew the perfect producer for her.

Milt Okun was one of the last great song champions. The producer of Peter, Paul & Mary and many others, he was a musician first before anything else, and a true lover of song. His parents ran a resort on Schroon Lake in the Adirondacks, where he spent his summers hanging out and even harmonizing with Woody Guthrie, Pete Seeger and other legends of folk music.

As the producer of Peter, Paul & Mary, he always was searching out great songs which had yet to be heard. This launched the career of several songwriters who became iconic, including John Denver. When Okun heard John Denver’s demo of “Leaving On A Jet Plane,” he recognized it could be a song for Peter, Paul & Mary. He was right. It became a number one hit.

The group also had hits with songs by Bob Dylan (“Blowing In The Wind”), Pete Seeger (“If I Had A Hammer” [co-written with Lee Hays] and “Where Have All The Flowers Gone?”)

It was an audition that changed her life. Milt Okun, as she’d hoped, recognized the genuine greatness of her songs, and launched her career by bringing “And When I Die” to Peter, Paul & Mary, who recorded it before Laura did, as the opening cut of their sixth studio album, The Peter, Paul & Mary Album.

A few years later Blood, Sweat & Tears covered it, and it became a hit.

Okun also helped get her a record deal with Verve/Folkways, and produced her first album, More Than a New Discovery, which includes her rendition of “And When I Die.”

Both Trees of the Ages and Go Find The Moon will be available on CD and Digital. Go Find the Moon also will be available on vinyl, on a 45-rpm LP. Each was lovingly restored and mastered by Michael Graves and produced for release by Cheryl Pawelski and George Gilbert with the approval of the Laura Nyro Trust 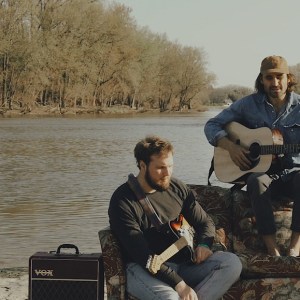 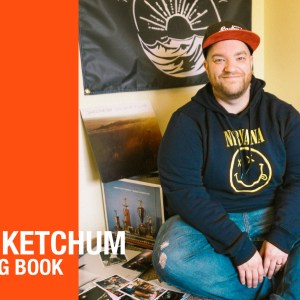