Pair the cheapest keyboard you can find with a catchy vocal hook and what do you get? A great song, lead by a chorus that speaks to the masses inspired by a conversation about Nicholas Cage, zoos and traffic.

Singer-songwriter Warren Givens has weaved his way through the industry while touring with bluegrass act Steep Canyon Rangers as a utility musician.  He also duetted on Miranda Lambert’s 2014 song “Old Shit”, while also gaining traction with his previous release Locomotion in 2013. The Boot called Givens’ songs a “unique lyrical perspective married to a genuine sense of song craftsmanship.”

Today he is offering an early look at his latest single, officially out digitally on Friday, from his forthcoming record Rattle The Cages. The title track features two versions, one electric and one acoustic, which are setting the pattern for how the remaining songs will be released from the record.

“This is the only song on the record that was co-written,” Givens told American Songwriter. “I’d had the chorus for a while, but was never happy with any verses, so I asked Seth one morning if he’d help me nail it down. We hashed out the general story structure after some discussion at a coffee shop down the road about traffic patterns, zoos, and Nicholas Cage, and then got all of the parts down back at the studio. There’s this local lore I heard while living in New Orleans about how Nicholas Cage (he lives there part-time, apparently) got so pissed about something over dinner at a restaurant that he literally jumped through the giant window at the front and took off running. I’ve never googled that – so don’t tell me if it isn’t actually true — but anyone who’s seen more than one of his movies would believe it, too.”

The electric version of “Rattle The Cages” uses underlying segments of synth paired with the baseline guitar riffs to silhouette the vocals that amplify the catchy chorus lyrics: ‘Just because we’re animals, doesn’t make it natural/ we need to rattle the cages.’ And although the song is claimed to be inspired by conversations between producer/musician Seth Kauffman and Givens, the lyrics remain sweeping and are able to appeal to a wide audience of listeners.

“For the production on that one, we found a couple of sounds that fit nicely on the Seth’s esteemed Yamaha DJX,” (which is where a lot of the synth sounds on the record came from) Givens explained. “The strumming pattern was pretty straight forward. I love Seth’s guitar playing on that one.”

Both versions of the song were recorded in one room, jam style via voice memos and text messages during state executed stay-home orders in North Carolina.  The remaining tracks for the record were later shaped and polished by Givens and Kauffman during quarantine. Rattle The Cages includes four more sets of double releases, with each song including two versions and is due for a tentative 2020 release date. 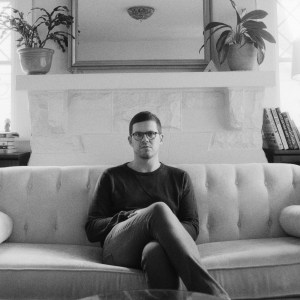 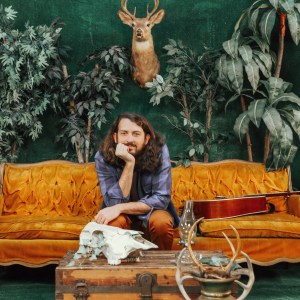