Josh Katz was terrified of turning 30 this year. A couple of months into it, he admits it’s not so bad, but not great either. On one of his self-destructive bouts, he spent a whole night writing the lyrics for his 30-year-old anthem he had tucked away and what he came up with was the most brutally honest representation ever, complete with all the stuff you never want to talk about with even your closest friends, but that kind of songwriting is exactly what Katz said he signed up for.

“It was all done in one-night from midnight till 6 am,” the Badflower frontman said about their newest song ’30.’ “I had the melody for a while and always called it ‘30’ because I always felt like it’d be my anthem to turning thirty, but didn’t have an actual lyric until that night. It all just came out and it was all ludicrous and fun.”

The song that addresses topics like, overeating, anxiety, cancel culture, excessive masturbation, insomnia and social media addiction is paired with a cyclical guitar riff and feedback tones that perpetuate the whole whirlwind of figuring out life as it comes. And although the lyrical content may not be relatable for everyone, Katz said he doesn’t worry about connecting with everyone all the time, because that’s the moment his writing suffers. But the truth is even the gritty details about life from the lens of a thirty-year-old, actually communicates a lot of harsh truths that unfold as we grow older and Katz is facing it head-on in his lyrics as well as his visual conceptions for the music video. As rising artists, Badflower had complete control over their content and the visual creation for the video, they even built most of the props and sets themselves at their house. And it all started with the opening visual Katz had of himself passionately and angrily tipping a table over with a birthday cake, dressed in glittery number candles while he sat miserably as his family and bandmates annoyingly sang happy birthday as if it was something he was supposed to be excited about.

“I usually picture a visual that goes with the song early on,” Katz said about the video for ‘30’. “We used Childish Gambino as a reference for the style of the video, of one shot and a lot of it was a theater representation of what it’s like to be 30 and living on the internet. It was a blast and it was a lot of time in pre-prod. The video director, we actually live together so the two of us just didn’t stop working on it until it was built. We made the entire set and stages at our house.”

Stepping into a new decade of life, Katz is finding it increasingly harder to write from a healthy standpoint, a perspective that is relatively new for him as an artist who climbed to success off of songs that were written about suicide during a darker time in his life on Badflower’s debut record Ok I’m Sick. Katz consistently finds himself in self-destructive patterns, but those are the times he writes the best music and though he realizes that lifestyle is not something he can continue forever, he still hasn’t quite figured out how to embody those highs and lows from a healthy, stable minded standpoint.

“I get really self-destructive and don’t sleep and abuse substances when I write,” Katz admitted. “I know that’s not unique to me, it’s something a lot of artists do. I found it got a lot worse when we started to have some success, because I felt like writing wasn’t fun anymore, I was writing because I had to. If I got drunk or didn’t sleep, I forgot about that and could write. It’s not good, but I’m not going to pretend it doesn’t happen.”

Still, Katz makes every effort to remain healthy when he can, those are just the day he opts not to write and instead chooses to cook dinner, walk his dog, watch a movie and go to bed early. Katz seems to be juggling both spectrums of his life well as Badflower is already half-way through writing material for their next project, whatever that may be.

“It could be multiple singles or some EP’s,” the frontman said. “I just know we’re writing a bunch. There’s no concept really but it’s the same extension of the topics discussed in Ok I’m Sick but with a different perspective. Ok I’m Sick was written when there was no attention around the band, so I was a different person and I was just starting to come up and realize this is my career. That has definitely changed how the songs feel and the themes, but it’s good. I’m writing as directly and honestly from my own experiences as I can.”

With the new material continuing to draw on some of the same topics addressed on Ok I’m Sick, Katz expects the music may change a bit, as he remains increasingly influenced by what the pop and folk markets are putting out.

“I’m more inspired by what’s happening in pop or indie music,” he said. “I like a lot of downtempo stuff and new folk stuff and I think that’ll come out more.  I like playing rock music but there will also be more of the other stuff. It’s going to be fun lyrically, it’ll be brutal and honest, and certain things I might regret right before they come up, because I’ll be nervous about how people might perceive it, but that’s what I signed up for.”

You can stay up to date on everything Badflower on their socials here, and in the meantime, check out the titillating video for “30” here and their debut record Ok I’m Sick on Spotify. 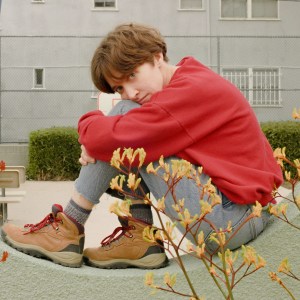 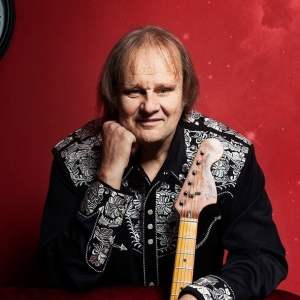