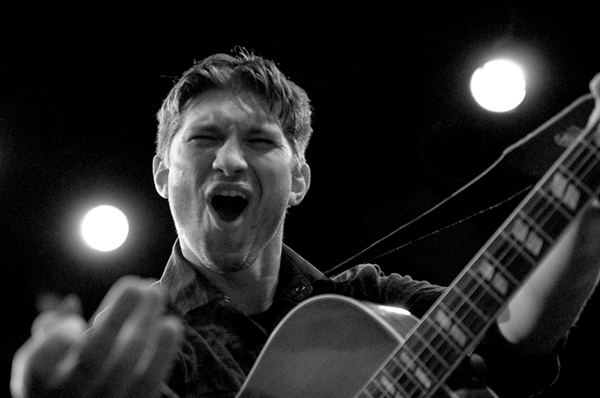 American Songwriter ran a cover story on Jack White in 2009 when he was getting his Third Man imprint off the ground (more like re-launching/expanding it), and around the same time, I spoke with Ian Rogers about his music marketing company TopSpin. He seemed slightly wary yet still supportive of the idea of successful artists starting their own boutique enterprises.

Fast forward to 2010, and I’m downloading Cortney Tidwell’s Boys album from Jim James and Johnny Quaid’s two-week-old Removador Recordings and Solutions website—TopSpin’s running the download and payment portal on the quixotic and humorous label’s only full album download as this article was going to press.

What’s great about James and Quaid, and Jack White, too, for that matter, is that they’re taking their mainstream success to bolster and distribute the songwriters they adore. And it might not be the “new model” for the music business as a whole, but this unique and simple digital label might hold some hope—it certainly allows for some fun.

How was this idea born and what was the impetus to start it this year?

Jim James: It’s been kind of brewing for a little while. We just wanted an outlet to compete with iTunes, really. We thought iTunes had gotten too big, and we really wanted to give them a run for their money. [Laughter]

We kind of wanted to create a little online community where we could release bands that we like and the music that we were working on. But also to make more active things like we were trying to help solve people’s problems and develop new technologies. We’ve got a lab in Louisville where we’ve got technicians working around the clock to provide the latest technology, like our 3-D printer technology and other technologies and solutions we’ve been trying to work on. [Laughs]

JJ: In a nutshell, I mean this was kind of a bulk statement, but we’re really trying to help the country get out of this recession single handedly. That’s kind of the idea behind it. [Laughs]

Was there anything specific with your experience with labels over the years that you really wanted to do differently with your own label?

JJ: We just wanted to dial up things, make it a place that was really artist-friendly and real simple. We always want artists to feel like they can, like it’s their world ‘cause we know what it is like to get into things that are tough to get out of—and it can get tricky. We want to make it a place that’s really simple and easy. Hopefully, people find the site and like music on the site and it will turn them on to other artists and stuff. And also any artist can get away any time they want, which nobody, hopefully, will ever want to do. We just try to make it easy [with] no strings attached—where it benefits everybody, but it’s really flexible.

So are the agreements open ended?

JQ: It’s really kind of for the artist-by-artist thing. We’ve been really fortunate. We’ve been involved with a lot of great people over the years, and we’ve been a part of a lot of really amazing labels and great people. So just little things here and there that we, as artists, can appreciate other artists wanting to have in a label so we feel like for the artist by the artist. It’s not really to make profit or anything like that, it’s more about building the artists and working together and creating, is what it mainly comes down to.

How are you guys setting up all the day to day stuff? How’s the lab functioning in Louisville?

JQ: Speaking of money, most of the bail-out money went directly to the lab right here. As a day-to-day operation we are keeping it pretty simple and that’s another beautiful thing to it is that it’s all just very simple and kind of tied into the question you asked before. Every artist is different, so some artists are hands off, they know exactly what they want to do and we’re just going to give them the home, a platform if you will, to spring off of. But other artists that we’ll encounter, maybe they’ll need more assistance or guidance we’ll be more than happy…. It’ll just be a case by case thing.

Do you guys see yourself moving into physical distribution?

JJ: I think so, but it’s a strange realm. I feel like in some ways vinyl will be with us forever, but things like CDs are turning into dinosaurs. But with John’s record coming out we’re making CDs available. I think our main focus is the digital thing, but we’re partnering with some people. I think it’s just going to be on a release-by-release basis.

JQ: I’m hoping we can do this with other artists, but on my project we’ve partnered up with Sims, a coalition of independent music stores, and so we’ll do a small run of physical CDs for my album and have them in the awesome Mom and Pop stores around the country and abroad.

Is there anything that guys can say at this time about Phase 2?

JJ: The secret Phase 2 operation? That’s where all the government tax dollars are hard at work. I will say that it has something to do with the evolution of the television. So far we’ve figured out how to teleport visions, but we haven’t figured out how to teleport the physical being ‘cause when you teleport the physical being you have to ask yourself where does the soul go? So we’re working on a container that will actually house the soul when the physical body is teleported. Like if you teleported to see John in Knoxville from Nashville, you can picture your physical body being taken apart and put back together, that’s easy. But what you can’t imagine is where the soul goes. So we’re working on a new technology that will actually contain and house the soul.

JQ: Especially when it burns.

You guys remember Ghostbusters, are you guys taking the soul and putting in sort of a storage container.

JJ: We’re not far off from that. It’s a dangerous process, we’re not fully there but we’re still working on it.

How did the solutions come about, because it’s not just recording it is solutions and can you tell me about the videos?

JQ: We had to figure out a way to really set ourselves apart from the… you know there’s just an infinite amount of artists and labels out there right so we’re just trying to do everything we can to do something a little different to set us apart. We want to provide consumers with the latest and greatest and all kinds of technologies for their online needs and beyond.

So have you been able to patent the 3-D technology?

JQ: We’ve already gotten that patented. It’s gonna be the one stop shop of existence, because you can go anywhere and buy music, but only at Removador can you buy music and solve all of life’s problems.

And this is just as far as your artists and I saw somewhere that My Morning Jacket in particular and bands that have other agreements I mean would you guys be working on particular agreements where artists who want to come sell their music on your site and be apart of your community they can do that and then still work with other labels?

JJ: Yea we’re trying to figure that all out right now. We’re getting ready in a couple months, probably a couple of months after John’s record comes out, we’re going to put the My Morning Jacket catalogue up on Removador. We’re figuring all of that stuff out with ATO right now and with Darla because we’ve been with those two labels. All that stuff still will go through those labels and so we want them be apart of the Removador thing. That’s definitely something we want to try to figure out more to make it a community even involving people that might not be involved with a label.

Do you have any other bands or songwriters that you’re looking to bring onboard in 2010?

JQ: There’s already three or four we’re looking at right now. We just want to start putting the word out there that we’re doing something this. But there is some really exciting stuff that we are really into. It’s such an honor to already have so many people submit all kinds of demos and email links to their music and sites. It’s really flattering and awesome to just get all this influx of musicians and artists and music business people wanting to be apart of it.

Does it feel pretty different to almost be on the other side of the desk?

JJ: It’s great because we’re still simultaneously artists ourselves. We’re still doing our music stuff. I think we just really want to keep it real loose. It’s not like we’re ever on the other side of the desk. I feel like we’ll hopefully all stay on the same level.

JQ: We’re on still the same side of the side, we just have our arm around the artist. We’re there for support. I don’t even know that Jim or myself are even capable of thinking like that because I think we have to wear one hat or the other and I just can’t really, I don’t really think we’re wired that way. We’ll always be thinking like an artist and that’s what the label’s about, too.

Where did you guys come up with the name?

JJ: The name’s been in the family for a long time. Just kind of one of those special names that floats around and doesn’t really know what to do with itself at first and then kind of gradually finds its special purpose. 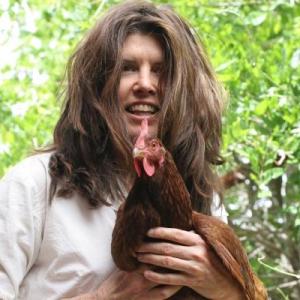