When St. Louis-native, John Hartford, made his way to Nashville in the late 1960s, the record labels were unsure where to place him. His influence was as broad as the Missippi River on which he was raised. After almost four decades of delivering award-winning music, the artist is revered for electrifying traditional old-time bluegrass, reinventing the live music experience. In doing so, Hartford pioneered a progressive style referred to as “Newgrass.”

Before losing his long battle with non-Hodgkin’s lymphoma in 2001, Hartford served as a mentor to young artists navigating these new waters. On Friday, LoHi Records released On The Road: A Tribute To John Hartford. Many acclaimed purveyors of Hartford’s unique traditions honor his legacy of boundless musical exploration with 15 renditions of his original work.

The album kicks off with Sam Bush’s gritty rendition of “On The Road,” setting the tone for the rest of the record. Next up, Fruition takes on “Back In The Goodle Days.” Mimi Naja of Fruition remembers Hartford as a “rare, true original.” “He could be transparent about his roots and inspiration, but there wasn’t a lick of copycat energy in him, he transmuted what he learned into his own expression. His air of cool confidence makes him one of the most magnetic characters in American music,” shared Naja. The track was a perfect fit for the trio’s three-part harmonies, hand-selected for its warm nostalgic sound. “If you’re a member of the live music community, you’re fond of creating experiences and making memories that you can hold onto and look back on and call it a good life, and that’s what this tune stirs up for us,” Naja offered.

Yonder Mountain String Band followed with a rootsy take on “Holding.” The band selected this track for its raw authenticity of this song is thematic of the legendary album. “Plus, why not sing about weed?” laughed lead guitarist Adam Aijala. Beyond thoughtful lyrics and beautiful melodies, John Hartford speaks to Yonder Mountain String Band with brutal honesty. “He had an “I don’t give a f*ck attitude. The first and maybe only true acoustic punk rock musician,” Aijala recalled. “I often wonder why he isn’t more recognized.”

The Infamous Stringdusters step up to the plate for Hartford’s most enduring track, “Gentle On My Mind.” With acoustic-bluegrass brilliance, the group upheld the high standard set by Elvis’s Presley and Aretha Franklin’s award-winning covers.

“John Hartford represents the ultimate combination of old-time music sensibilities and stellar songwriting,” shared Vince Herman of Leftover Salmon, who delivered an ebullient rendition of “The Category Stomp.” “He was also the most captivating performer I have ever seen. His ability to work the crowd was unparalleled,” Herman continued. He explained that the song addressed the imaginary boundaries in music and revealed that it’s all coming from the same place. A few years back, Herman met Hartford’s grandson, who was very heavily into rap. “He had just heard this song,” Herman recalled, “and was like ‘wow grandpa did that!” “He sure did,” Herman responded.

Next, the Travelin’ McCourys pick up the congenial, “No End of Love” before Railroad Earth reverberates the “Delta Queen Waltz.” Tim Carbone of Railroad Earth depicts Hartford with “one foot in the past and one foot in the future.” “He was a traditionalist who wasn’t afraid to break traditions.” He described “Delta Queen Waltz” as haunting, in a good way. “It’s a beautiful song with that lush romanticism that I’ve always loved about some of John’s song,” Carbone shared.

Keller Willilams characteristically selected “Granny Woncha Smoke Some Marijuana,” and delivered it in a real “fast grass” style. Band of Heathens sharpened the edges of “Up on the Hill Where They Do The Boogie” with their rock-group flare.

Todd Snider’s intersection of Americana and alt-country encapsulated the longing hymn, “I Wish We Had Our Time Again.” “I feel connected to people who make music for the sake of it. You can hear that’s the only muse they follow,” Snider shared on the admirable individualism Hartford held. “This song, in particular, speaks to me because I am getting old, and while I don’t regret having blurred through most of my time, I do wish I had it again. And if I did, I’d blur right back through it,” admitted the legendary singer-songwriter.

“Let Him Go On Mama” and “In Tall Buildings” follow reverently in Hartford’s style. Horseshoes & Hand Grenades, who has shared the summer circuit stage with many of these groups, delivered the narrative “Let Him Go On Mama” in his familiar baritone. John Carter Cash and Hartford’s son, Jamie, immortalize “In Tall Buildings,” wielding generational talent passed down from their fathers.

To close, award-winning banjoist, Danny Barnes, masterfully picks through the title-track. Like Hartford, Barnes is recognized for pushing boundaries. In this case, it’s bringing the banjo places it has never been, like jazz, punk, and pop.

To assist artists during this dire time as all live performances and touring has been halted, all net proceeds will support MusiCares. Their mission to provide a safety net of critical assistance for our peers in the music community affected by the coronavirus pandemic and other unforeseen emergencies. Their support has never been more vital than right now. 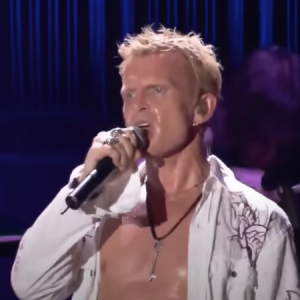 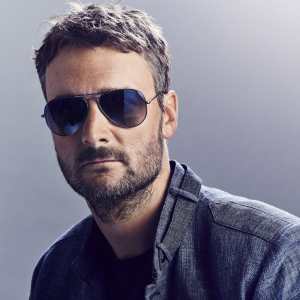