Money—specifically, not having any—is classic subject matter for blues, r&b and rock songs. “Money” is also the title, and being broke the subject, of a springy, percolating Memphis soul-style cut that Grace Potter co-wrote for her rock-and-soul band’s fourth album, Grace Potter and the Nocturnals. It feels like it’s inspired by a classic era, as have many of the songs she’s written in the past, but she says it came from a different place; a place that’s more emphatically her.

“That’s certainly a huge part of what it used to be when I wrote a song, and I’m not saying it isn’t still there, because you can’t shake those instincts,” she says of her late-‘60s and early-‘70s influences. “I tried to tap into a new emotion on this record, which I had never done before. I was really getting to the heart of almost, like, my most embarrassing moments, you know, in my real life. I didn’t want to do that before because then I was going to be responsible for, you know, the repercussions.” Embarrassing moments along the lines of, “Like, oh my god, literally my card gets declined—that day I write ‘Money.’”

Several of Potter’s new songs are of the tough-talking-woman variety, like the fiercely strutting album opener “Paris” and the soul-pop lecture “That Phone.” “I mean, I love singing sassy songs,” she says. “I love Etta James and Nina Simone, the footage of them when they just wagged their fingers at the audience. All I’m trying to do is capture the character within each song. Every song is different. I’m not like ‘Oh, I’m in my sassy mama mode.’ It depends on the song, and whatever the songs needs I try to deliver.”

Potter, a 27-year old Hammond B3 and Gibson Flying V player, has never been a timid singer. But, to her way of thinking, delivering a song means getting more out of her voice than ever; supple vibrato, throat-rending screams, downright sexual squeals and grunts, all of which can be heard on the album. “I want to be James Brown,” she declares with relish. “I’ve got my hero types that I keep going back to, and for some reason my voice keeps naturally going in that soul direction. So I might as well not fight it.”

The band’s new dual-guitar lineup matches the energy of her vocal attack; joining the college buddies who started playing together eight years ago in Vermont—Potter plus lead guitarist Scott Tournet and drummer Matt Burr—are bassist Catherine Popper and rhythm guitarist Benny Yurco. Their performances on the album are highly polished, yet with no small amount of bite.

But those performances almost didn’t come to be. During a band hiatus following the departure of the original bassist, Potter—just Potter—recorded an album with perpetually award-winning producer T Bone Burnett. “T Bone has his slew of incredible musicians that he always hires,” she explains. “So it was more of a solo record. And the only reason the T Bone record hasn’t found its way into the light of day is because our band, on its own merits, earned its way into making an album and the record company insisted upon it.” She’s glad: “I don’t know if I did this stuff by myself whether it would have half of the chutzpah that we have when we’re all together…I just didn’t want to lose that.”

The band’s new impact is not strictly sonic: they all upgraded their stage attire from rock-casual t-shirts and jeans. Now Potter is wearing sequined mini-dresses. Just like the bits of autobiography in the new songs, she says, dressing up is more her. “Well, I think that the biggest thing is that I’ve become a woman,” she offers. “I mean, I’m not a precocious young thing anymore. I think I’m not as afraid of judgment. …And my dream, from the time I was two years-old on, was to be in a flashy dress with really awesome shoes and big bouncy hair and a lot of fabulous makeup and great dance moves, singing my heart out.” 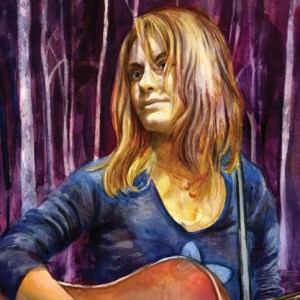 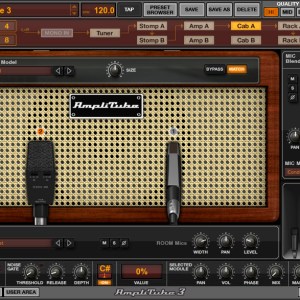