It seems every songwriter is working on their Covid- 19 quarantine song, looking to turn the virus into a viral hit, or at the very least, find a cure for the blues and restlessness many of us are feeling. Whether it’s a deeply emotional missive to a lost one or a middle finger in the air to the unwanted intruder, music is working its magic for writers and listeners.

Our friends at ASCAP put together a diverse list of songs from an array of their songwriters.  As Etan Rosenbloom and Sarah Finegold, the writers of the piece, noted: “Some were written and recorded in the last few weeks, through solo studio time and remote writing sessions; some were written before the pandemic, but have particular relevance now. As you might expect, there’s a whole range of emotions represented in these songs – sorrow, joy, loneliness, gratitude, boredom, love, fear, anxiety, anger, nostalgia, yearning. There are heartbreaking songs and there are absurd, hilarious ones.”

It’s a fun rabbit hole if you need some musical perspective on the collective thoughts of the music world.

There’s nothing wrong with gooey, everyday lyrics sung over a bright, swaying soulful 6/8 groove when they’re intended to warm hearts all over the world during this pandemic. Especially when they’re delivered convincingly, as Ariana Grande & Justin Bieber do on “Stuck With You,” their first official collaboration. Add in a video featuring intimate glimpses into each of their lives, homemade fan and A-list friends’ participation clips and you’re guaranteed a smash.

In all seriousness, Grande & Bieber (and their songwriting team) have crafted a pop duo ballad winner that hits all the right lyric sentiments and pleasing chord changes, mining the same classic R&B territory Meghan Trainor (with co-writers Caitlyn Smith and Justin Weaver) reached for with “Like I’m Gonna Lose You” (featuring John Legend). Don’t hate. We’d all kill to make this time-honored, friendly chord pattern sound fresh, and the production on “Stuck With You” snaps.

Lyrically, the pair work their vocal magic on lyrics and rhyming couplets that could sound worse in lesser hands: “Got all this time on my hands/might as well cancel our plans” and “I could stay here for a lifetime” and “go ahead and drive me insane/ Baby run your mouth/ I still wouldn’t change being stuck with you.’

Best of all, the charity-conscious performers are donating proceeds from the song to frontline workers via the First Responders Children’s Foundation https://stuckwithu.lnk.to/agjbPV. As of now, the video is approaching 40 million views.

Grace Potter: “Each Other”

Grace Potter is about as raw as it gets with “Each Other,” a song she wrote earlier the same day as she posted the video. Sitting in her house, the multi-genre singer/songwriter invites her fans into the writer’s room with what is essentially a ‘work tape’’ for the world to see. “Everybody has their own way of coping what we’re going through right now,” she says before performing. “But for me music is always a really powerful way for me to process.”

Bono, Will I.Am and Jennifer Hudson  and Yoshiki : “Sing For Life”

The powerhouse quartet take the world view on this song of hope, with observations from Dublin, London, Los Angeles and Japan. “Sing For Life” originated from each artist watching video of Italians singing from their balconies to cheer up fellow citizens while those around them were dying.

“Now I walk down the streets of London Town/ Seems like everyone’s disappeared,” ponders Will I.Am. before the others join in with a message of hope. “You can’t touch, but you can sing/ Sing across rooftops.” Musically, the chords appropriately reflect the lyric’s message, shifting from a sullen Em-D chord verse to a much more joyous G-D major chord chorus.

Bon Iver leader Justin Vernon summoned his musically diverse friends for “PDLIF.” The result is a melting pot of sounds- strings, soprano vocals, offbeat drums and vintage samples- that coalesce together in a swirling anthem. “PDLIF” stands for “Please Don’t Live In Fear” which Vernon sings through an effected vocal that sounds like a bullhorn shout of encouragement. “There will be a better day” indeed. Like Grande and Bieber, band leader Justin Vernon is donating 100% of streaming proceeds to charity: Direct Relief, a humanitarian aid organization working to protect workers and patients alike. directrelief.org/boniver

Hats off to ASCAP for spotlighting “Wildflower,” the most musically creative of all the songs featured in their list. Sofia Hultquist records as Drum & Lace and this video is a great tutorial on building loops and working with analog and virtual instruments. Sitting outside in her Los Angeles backyard on Earth Day, the new mother of a one-month old communes with Mother Earth, confronting quarantine with peaceful resolve. Hultquist, who scores music for TV and film, works her laptop using Ableton, a microphone and other hardware pieces. Building from a simple, pulsing beat, she slowly triggers keyboard sounds, tap tempos other sounds and plays with a pedalboard of effects. The result is a hypnotic nearly 9-minute trance of ambient bliss. 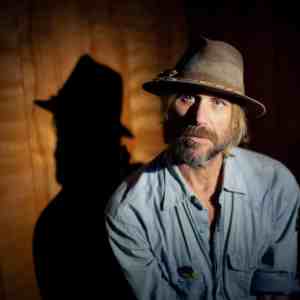 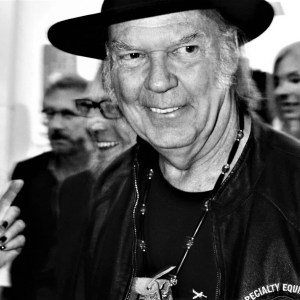