Grace Potter is back, and you can blame it on Gwen Stefani.

Potter was done, had her fun. She toured the world with the Nocturnals, rocking hard and doing, well, whatever she wanted. She also felt shipwrecked by what had been ongoing power struggles within the band, her faltering solo project, and the unexpected dissolution of her marriage.

“After all, once you’ve sung onstage with the Stones – Gimme Shelter, no less, what’s left to do?” she posits over an afternoon cocktail. Straight-talking, fearless but fun-loving, she’d tired of rock’s illusionary nature, admitting, “In my life, a wink and a nudge often suggested more going on than meets the eye, but that rock and roll bravado and machismo? There comes a point…”

She’d been on the road, writing and touring hard since she became a New England regional sensation at 17. Pregnant, in love even as she sorted out the shards of her longtime relationship, she was trying to exhale. “The truth was, I didn’t really want to make music.”

Laughing, she recalls, “They did everything live. The string sections, and horns, a reverb chamber with handclaps! Gwen and Busbee were doing a Phil Spector thing, and wanted a cacophony of vocals.

“I love arranging vocals, being in the background. It was musical. But, it wasn’t about me.”

It was, initially, about being creative, layering these voices, the harmonies and the music.

Initially planning to tap Lucius for the task, their tour schedule got in the way. Still, Jess Wolf and Holly Laessig’s voices were in her head, drifting in ways that reminded the once Nora Jones-leaning, later Tina Turner-driving rocker/songwriter how much she loved the way tangled voices carve emotional realities.

After covering Etta James’ “I’d Rather Go Blind” for the all-star Small Town, Big Sound Muscle Shoals 60th Anniversary tribute project, the voice memos she’d been leaving on her phone tugged a little harder. Always someone who ordered her world through songs, she wondered if perhaps she, producer and soon-to-be husband Eric Valentine should look at what’s there. Musically.

If the top-heavy Midnight left believers drowned in too much everything, the Stefani/Muscle Shoals/Lucius intersection suggested a powerful antidote. Daylight became a raw, roomy collection of songs that worked from the soulful place in Potter’s wheelhouse instead of the throttling rocker or the classic singer/songwriter.

“Muscles Shoals was the wake-up call,” she explains. “I see what (Midnight) was, and it got me back to where I needed to be. Gospel, soul from the ‘50s and. ‘60s. I wasn’t afraid of this being a totally naked record.

“Everything I did for Gwen was very Andrews Sister, but it set the seeds in my head. I knew I should be doing 3-part harmonies, Boswell Sisters vocal things. Those voices resonated with me, as if they were inside and as if they were part of telling a story.”

The story, it turns out, is the complicated, messy voices of two relationships imploding in the face of a gargantuan love. When Potter said, “I do,” as she acknowledges in the spare piano ballad “Release,” her aim was true; but she could not know what was ahead:

Preceded by the sweltering “Love Is Love,” where she stumbles through the crumbling resolve and need to honor the greater emotion, the all-in vocalist tumbles into the realization with equal measures of conflict, confusion and need:

With hippie parents and her own humans-first ethos, Potter’s struggle was as much to make sure the other parties found higher ground in the evitable as her own bliss. She didn’t intend to fall in love with Eric Valentine, nor he in love with her. But as Emily Dickinson wrote, “The heart wants what it wants…”

So what started as voice memos to help a songwriter make sense of her whirling mind, the gravitational pull of something unplanned and the chaos that ensued – buoyed by the Muscle Shoals track – morphed into actual songs. If Potter thought she was fine “being done with (performing),” she underestimated the pull of her gift.”

“When I told him I loved him, he told me, ‘This is confusing,’” Potter explains, half-laughing, half-still-basting-in-chagrin.

Valentine recalls that moment he realized they were both in in ways they’d not expected, shaking his head.

“I massively enjoyed working with her, and I was almost someone else, maybe my true self when she was around,” he said. “Being safe always served me well, but what we had (working together) was so good, I could’ve shared just that. That night after she told me my whole life was dropped right down the center. I texted her, ‘Can we talk?’”

Tentatively, at first, they figured things out.

Ex-partners had their own stunned responses. Potter spent time considering everyone’s place in the narrative. Those voice memos happened. And, most importantly, Sagan grew inside her.

“Daylight wasn’t supposed to see the light of day,” Potter marvels. “That was just for my own creativity and sanity, the truth in my life for the sake of Sagan. I needed to be clear in my mind to be at peace with things I’m involved in. But I also wanted Sagan to hear his Mama sing because I love it so, not because I need to pay the bills.”

What emerged is all that – and more.

Like Blue or Rumours, this is an inside-the-moment, very-personal, fairly fraught song cycle that traces the rising love and thorny complications of disentangling from the life one made before – seemingly – happily ever after presents itself.

“Roots aren’t a genre, but a feeling,” she said finally. “The depth of character and feeling that you get is what holds all these (different kinds of music) together. It’s familiar to everyone, and if it elevates the listener, then it’s as much theirs as the people in the song. To me, it’s always been that way.

“Songs are about specific people, but when I hear them, they’re about me, too. Hopefully, that’s what we’re doing now, too.” 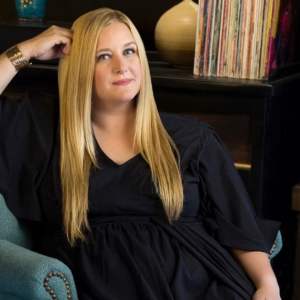 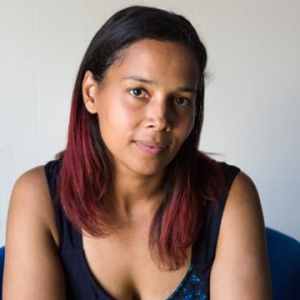