A lot of comparisons have been drawn between Chicago-born / current Nashville resident JD Simo and late Chicago Soul and Funk legend Curtis Mayfield.  While making a connection between a legend and a contemporary musician would typically be a “hype warning sign,” Simo thankfully actually delivers, especially on his new single “One of Those Days.”

Not a mere copycat or an imitator aping the sound of his hero, Simo’s merging of psychedelic funk, R&B and soul feels more like a respectful nod than a mime. While he does incorporate the late 60s/early 70s funk sound throughout his music, his foot is firmly placed in the here and now. A well-respected guitarist and frontman in his own right (he fronted the blues rock band SIMO in the 2010s), his solo material has taken a more psychedelic, loose direction, allowing him to experiment with sound and textures. On his new single “One of Those Days,” his searing electric guitar slices through a velvety and funky bassline and unhurried drumbeat, while his smoke-puncturing falsetto cuts through the haze.

“It took me years to have the guts to even try singing falsetto. Now, it’s actually the most dependable part of my voice,” he laughs. “I started playing ‘One of Those Days’ live last year, and fans kept asking about it. It pulls from those Marvin Gaye and Curtis Mayfield vibes and is based on a sentiment I hope we can all relate to.”

A song about acknowledging one’s shortcomings, “One of Those Days” comes at the perfect time when quarantining and social distancing brings about a hefty case of self-reflection. “I’ve tried to stop from letting myself go / ‘Cause there’s nothing worse than being alone,” he sings, accepting that changes are needed in his life and a willingness to change. “The song represents so much to me now,” Simo says. “[It’s] about letting go during adversity and allowing myself to feel my feelings instead of burying them.”

A bright contrast to the rather wistful lyrics, the animated lyric video premieres today on American Songwriter. Created by Anne Walker Farrell, the director/animator of Fox’s hit series Duncanville and the acclaimed Netflix animated series BoJack Horseman, the video features freeform, hand-drawn animation, its funky psychedelic artwork projecting a narrative about the healing power of music. Reminiscent of the fun and inventive Saturday morning Schoolhouse Rock! PSAs of the 70s, the groovy video is the perfect complement to the music’s sultry slowjam.

Opening with an image of a plutocrat spouting out capitalist nonsense to a gray, rain-soaked crowd soundtracked by the dischordant guitar crunk intro, it soon transforms into a sun-drenched and rainbow-colored explosion of color as the music itself moves up to the major scales. “I’m a huge fan of Anne Walker Farrell! I love the BoJack Horseman show on Netflix,” he exclaims. “I’m beyond honored that she agreed to animate this!”

With the upcoming release of his self-titled second full-length, the blues rock auteur is still beaming over the video. “I’m so freakin’ proud of this video and song,” he smiles, excited by the end result. “I couldn’t believe it when I saw it! It embodies everything! Love, color, and HOPE!” If given the opportunity, Curtis Mayfield would assuredly approve. 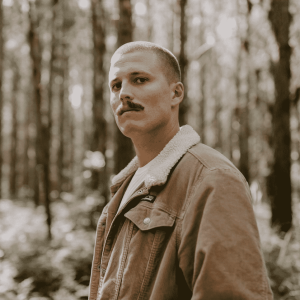 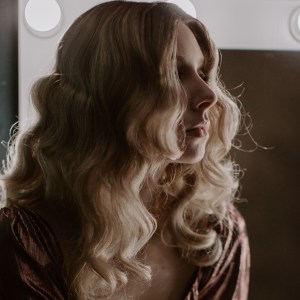