Just six months into playing the guitar and singing, Australian musician, Ziggy Alberts, played his first show. But for those that know him, this was no big surprise. The songwriter is adept at diving into big situations and swimming expertly back up to the top. With a warm smile and a bright batch of energy, Alberts offers ideas of unity and appreciation in his buoyant music. His is a positive attitude. But it’s not one presented without discernment or investigation. Indeed, Alberts is an eloquent talker and a curious artist and while his music is often bubbly and joyous, he’s a thorough thinker, as displayed on his latest single, “Don’t Get Caught Up,” which we’re happy to premiere here today.

“Six months into playing, I first performed live,” Alberts says. “I was well underprepared and I wasn’t qualified. But by playing little café shows and busking, it puts you in a position where you have this standard you’re trying to achieve for yourself. I learned a lot by being on the spot, as opposed to being well rehearsed.”

Alberts began to play music and compose songs at 16-years-old. At that time, he’d just graduated high school, having plunged himself into schoolwork and finishing early, and his parents, as a reward, gave him a guitar. Alberts, who had been homeschooled until 13-years-old, was an avid surfer and lover of the outdoors. He brought this same passion for discovery and beauty to his music. His younger brother and father taught him some basic chords and he began writing. Alberts, who worked as an intern at a local surfing magazine, already had a facility with language. The songs quickly started to arrive and then so did the gigs.

“Writing songs was one of the few areas of my life where I wasn’t self-inhibiting,” Alberts says. “I didn’t hold myself back.”

Ever since those early days, things have blossomed for the musician. More recently, he’s toured both his native Australia and internationally. While Alberts is still building his North American crowd, he plays to thousands in and around his homeland. His most recent record, Laps Around the Sun, peaked at number-9 on the Australian Recording Industry Association charts in 2018. But for someone so well liked, Alberts still can’t help but see patterns of fear and division in the world around him, which is why he composed and released his latest track.

“I think fear separates people who have a lot of the same underlying values,” Alberts says. “Look at 2020 – we’re so quick to put each other in little boxes.”

The world is endlessly inundates with bad news, Alberts says, but if you look around, there is actually a great deal that’s good going on – fresh air, clear skies, goals met and surpassed. Social media, cell phones, toxic politics – these distract from what we have in common, which is, perhaps above all else, the natural beauty of the world and our ability to share in its appreciation.

“If you do the math about how many billions of people there are on the planet today,” Alberts says, “then you realize how well we actually manage to operate as a society. This is indicative of the fact that people actually like to live harmoniously.”

To many, Australia is known for its beaches, it’s nature and it’s sunburnt, freewheeling attitude. Alberts is a fan of all three – so much so that he’s spent many years of his live living in a van (named, “Aladdin”) and touring the coast with his guitar in tow (a trope that’s “hilariously common” in the region, he notes). He has a history of swimming, surfing, fishing and diving. And while upon graduating school, Alberts dabbled in engineering, freelance journalism and dentistry, he’s found his calling as a fulltime musician. To date, he’s recorded five LPs and played hundreds of shows in nearly as many locations. Today, he employs his family in his growing career. His sister is his manager, his father co-founded a record label with him and his brothers join him on tour.

“The way my music and my career are so inline with my core values,” Alberts says, “I live a very normal life and that’s the dream. It’s not my dream to live in a gated community or walk with security guards. I still want to go camping in my van!”

Looking to the future, Alberts says he hopes to record and release a new album in 2021. Earlier in 2020, he released a new track,” Together,” and that song, in addition to “Don’t Get Caught Up,” will likely appear on whatever he decides to drop in the future. In the meantime, however, Alberts will continue to pursue his passion for music and share it with the world, all with the hope of creating space for dance, laughter and togetherness.

“Music is the excuse to be happy and present wherever you are,” Alberts says. 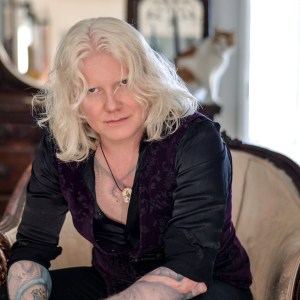 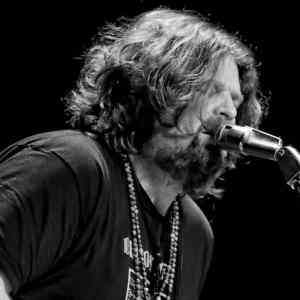