On an unbearably muggy Tuesday in Philadelphia, the four messy-haired, slightly unkempt lads of Palma Violets are four days into their U.S. tour and are already sick of the heat. “Is there a storm coming?” asks guitarist and vocalist Sam Fryer. “Is the air always this heavy?”

The London-based band is about to bring Philadelphia a storm of their own, in the form of their raucous, lively, best-pub-band-you-could-imagine live show, which the group has masterfully refined since their start in 2011. At the time, half the band didn’t really know how to play their instruments; Chilli Jesson had barely set his hands on a bass, and Fryer was merely an amateur at guitar. Still, they decided to have a go at it, forming Palma Violets with drummer Will Doyle and keyboardist Jeffrey Mayhew and penning a debut single, “Best Of Friends,” which caught the ears of radio DJs and A&R reps. They got signed to Rough Trade Records after writing just four songs, finding themselves on a rapidly ascending career trajectory.

“We sort of grew up together and all listened to the same music and argued about music and always thought about starting a band,” says Fryer. “It was always something we were going to do together. We just didn’t know whether we could actually do it or not.”

The foursome began touring extensively, mainly hitting the festival circuit, which allowed for a great deal of growth as a band. As their British forefathers The Beatles did in Hamburg, Palma Violets honed their sound through tireless gigging, with each member developing his own idiosyncratic way of playing along the way.

“You learn quickly on the road. You throw yourself into it, and you make lots of mistakes, but you get a lot better,” says Doyle.

“You can pick up an instrument at the age of six and be able to play anything, but unless you’re able to play in your group and it translates and looks honest, it can end up being too complicated,” says Fryer. “You are what your band is. You hit the chords and you hit them hard and that’s what we do. Some people who can really play the guitar come up to me and say, ‘That’s really cool, I really like what you do.’ You kind of develop your own unique style.”

The band took a break from the road in 2014 to write and record their second album, Danger In The Club, a banger of a sophomore release that, despite its similarities to 2013’s 180 in rawness and power, proves how much the band has grown since their debut. Influenced mainly by local pub-rock bands and The Kinks, who Fryer “has an absolute obsession with,” Palma Violets deliver fun, high-energy, ragged rock and roll that hovers back and forth between garage, psych, and traditional British street music, occasionally all within the same song.

To hammer out the album, Jesson, Fryer, Doyle and Mayhew isolated themselves on a farm in Wales, where they wrote 17 new songs over the course of a few months. They embarked on the project with no ideas or expectations, just the drive to escape from the touring world for a while and get back into a creative zone.

“If you think of a concept for your album beforehand, you hinder your songwriting from the start, so it’s almost pointless,” says Mayhew.

The band’s approach worked. Danger In The Club is an audibly organic set of tracks that occasionally veers toward the absurd (take the song “Hollywood (I Got It)” for instance, in which Fryer chants: “Fresh fish, I got it!”).

“What we like is that the album represents a time and a place and a moment when we were together, and those songs were part of a journey,” says Fryer.

Now that the album has dropped (and to high critical acclaim, no less), the band is back on the road, first in the U.S. and then back to Europe for a handful of festival appearances, including the Reading and Leeds festivals. As helter-skelter as Palma Violets’ lives may be, they’re grateful for the decision to form in the first place, despite their lack of training. After all, drummer Doyle says it best: “Who wants a desk job?” 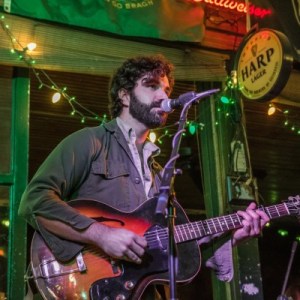 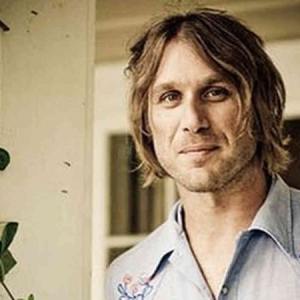