For the past six years, when the summer gets oppressive in New Orleans, I head to the U.K. to play a run of shows with a guitar and a backpack full of the essentials. My original vision of crossing the pond for a “U.K. Tour” seemed as dreamy as it did intangible. I had no ‘ins’ or leads in the U.K., so I pursued the scheme as non-cleverly as you could imagine, by typing “London folk club” into Google and proceeding from there. Six months later I arrived in England with a handful of booked gigs and a plan to figure it out from the ground, exploring London’s open mic scene over the course of a few weeks.

Eventually, I discovered folk clubs outside London, in the Midlands and beyond, but it took a tour or two for me to find them or them to find me. When it was time to crash, it was all hostels the first year, but as with any repeated touring circuit, the hostels gave way to new friends with old couches, and other, more entertaining scenarios. Suffice it to say a wandering 22-year-old fellow open to certain freedoms will wander his way right into girls with accents, and naturally, there are songs in that process.

Of course, the process wasn’t even close to a financially successful tour in the beginning. I’d call it a “tour-cation” to save myself from dwelling on the fiscal bottom line, but even the first trip proved profitable in ways priceless to a songwriter. There’s something about England in particular that seems to shake songs loose. Maybe it’s the old world history, the characters, the language, all of them at once familiar and foreign, and creating a quintessentially English version of life on the road, or as has been my case in England, a life on the rail. The country is small enough that traveling by train works just fine from gig to gig, and the comings and goings, the characters and scenes inside the rail car window and out are constantly changing stop to stop. The stories write themselves right in front of you.

Besides my own scribblings, the history of folklore that I’ve discovered knocked me off my stool, and none too gracefully, as on my first tour, I remember announcing my cover of “St. James Infirmary” as “a little something from New Orleans.” After all, it was a song I’d always loved hearing from the trad bands back home. After the gig, an older gent put his hand on my shoulder as if to prepare me for his impending history lesson. “Mate, that St. James tune is an old English song.” Of course it was, and what a putz I was to assume the origin by the rendition I’d fallen in love with. That fluid nature of folk music through time and across oceans was a new revelation to me, and a powerful one. Turns out before there was “St. James Infirmary” there was “The Unfortunate Rake,” the story of an Englishmen cut down in his prime, and before Alan Lomax acted as a Johnny Appleseed in reverse, harvesting the fruits of American folk music in recorded form, there was Vaughan Williams, the English equivalent.

When it came to American folk songs, the kind that moved me to pick up a guitar in the first place, it turned out England was The Old Country for just about all of them, the place from which they came, or some lineage of them. These days I think being a songwriter from the States and heading to England is less about some sort of ambassadorship for American music, and more about returning a tradition, like prodigal grandsons and daughters, retreating to a now foreign place with a still familiar craft.

Friends and colleagues will sometimes see my U.K. calendar now has a respectable amount of dates lined up and want to “pick my brain” about U.K. touring. I usually revert back to the “Google ‘London folk venue’” quip, but in truth, I’ve learned a few encouraging things having been back and forth.

First, there is an undeniable appreciation for American roots music in the U.K. Secondly, there’s proven to be a surprising amount of small time promoters, entities approachable long before Universal U.K. is banging down your door, the kind of folks who will book you a few shows in their town and the two adjoining, maybe more, and a surprising number of those folks even have vans and revel in taking a holiday to bring an American town to town, gig to gig. Suddenly, you have a tour manager for a weekend. How to find them? Make the trip and meet them, face to face, song to song. If the journey is the destination, I’d recommend the cash-hemorrhaging first tour to any peddler of songs. Sure, it’s a great ‘tour-cation,’ but more importantly, it takes courage, and courage is where the songs are. 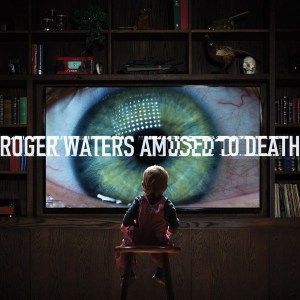 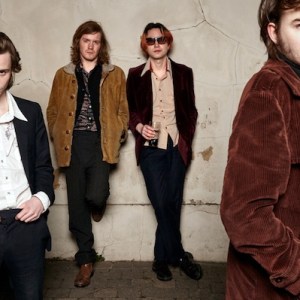