We had the pleasure of interviewing James Mason of Paper Jackets over Zoom video!

“PAPER JACKETS is a band that exists in the in-between.”

“The Los Angeles-based sextet – vocalist James Mason, keyboardist Emily Dickinson, guitarist Jonny Vesely, bassist Miles Franco, backing vocalist Aimee Proal and drummer David Allen play a sleek, souped-up style of synth-pop that equally takes its cues from the current crop of genre peers like Walk The Moon, Smallpools, CHVRCHES and Cherry Pools, but also legendary acts like The Ronettes and The Beach Boys. The band’s EP, DON’T LOSE YOUR HEAD, recently re-released by Selma Records with a few re-imagined tracks, swirl these decades-spanning influences and an overall indie aesthetic to create a blend of pop and rock that’s all at once topical and timeless.

Mason came to LA via Austin in 2016, collaborating with producer Ethan Kaufmann (Avril Lavigne, Driver Friendly) and building Paper Jackets from the ground up with the help of friends like Dickinson. Along the way, the singer and his bandmates leaned on their years of experience as musicians and songwriters to give their then-new project an air of confidence and swagger that oozes into the songs on Don’t Lose Your Head and elevates Paper Jackets beyond their years.

“We felt like we had such freedom,” Mason says of the process of making Don’t Lose Your Head, which features a new mix of hit single “Trigger” by Charlie Park (lovelytheband, Dreamers). It felt like getting your parents’ credit card number for the first time. We were able to explore all these different influences and impulses and get our hands dirty with a bunch of different sounds. Once we hit on ‘Trigger’ and ‘Girl,’ we knew we were headed in the right direction.”

True to his words, the two singles bubble with synth-and-drum-machine energy cut by soaring, effortless melodies, while the EP-closing “1985” strips things back considerably to put its raw emotion on full display. It’s a musical dichotomy that truly exhibits the band’s versatility – capable of creating club-ready anthems as well as deeply resonant material.

Much like the band’s sound itself, Don’t Lose Your Head is all about balance. It finds the members of Paper Jackets squarely at the fulcrum of adulthood, stacking youthful impulses alongside increased responsibility – and all the messiness and, yes, consequences, that come when the equilibrium between the two stages of life swings too far in one direction. It’s a set of songs that’s as much a night out as the morning after, picking up the pieces after letting loose.”

“There’s a desire to live your life to its fullest and fly by the seat of your pants,” Mason says. “I want to enjoy my life and seize it all, but there’s a pull of reality that snaps you back and says,  ‘This is just not sustainable or stable behavior.’ [Laughs.] I’m learning every day how to deal with that – and how to push the limits and see how far I can take it. There are times I want to surrender, but there are other times I’m willing to live with the pain the next day. It can be frustrating to deal with both sides and the responsibility, but that balance is what ultimately makes life fun.” 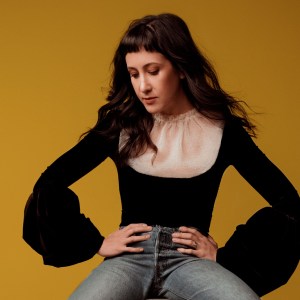 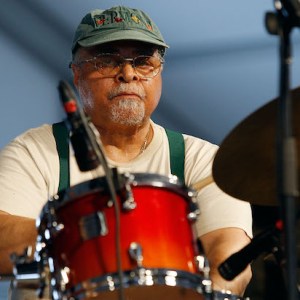