Paris Jackson has revealed her new single “just you” (Republic Records), an alt-rock anthem on the euphoria of falling in love.

My hearts battered and bruised, tattered and torn but it’s yours for the taking if you’ll take me away, and out of this place / Just say the word to stop my heart from breaking, don’t break me just stay sings Jackson on the grungier, more lackadaisical track.

Described as a “love song” by Jackson, “just you” follows Jackson’s most recent single “lighthouse,” featuring Pearl Jam’s Mike McCready, and co-produced by Butch Walker. Both singles are heavily influenced by ’90s alternative rock, which is where the 24-year-old singer said she’s leaning most, sonically, these days—and even references in “just you” with Alt rock bands, and starving eyes locked / Callused fingertips trace the grooves / I’m aching for just you.

“I’ve always been interested in making music like this,” said Jackson in a recent interview. “I guess I was never able to before because I didn’t know how to project and sing. So that’s a very new thing for me, singing in this way, and projecting and yelling, which isn’t the most likable thing, I suppose. It’s not for everybody, but now that I am learning how to do that, I can kind of experiment more with louder instruments to go with the louder vocals.”

In 2020 Jackson released her debut album, Wilted, with the first single “Let Down,” before collaborating with The Struts on “Low Key In Love” in 2021 and releasing the lost EP in early 2022.

Jackson is set to kick off a string of dates with The Revivalists in November, in addition to headlining the Heaven Can Wait show in New York on Nov. 14 and supporting Courteeners and Royal & the Serpent in Los Angeles on Nov. 16 and 29.

In May 2022, Jackson also joined Cheap Trick on stage for a rendition of their 1978 hit “Surrender.” 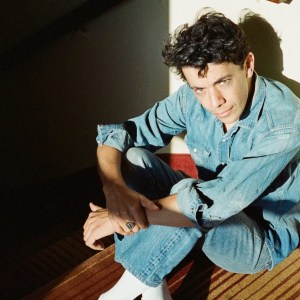