This song is the fifth single McKay has released this past year. Beginning last March with “This Far,” she then released “Honest,” “Lately,” and then “Bigger Things.” At this point, McKay shared, she is having fun sharing her music as singles and seeing where the journey takes her.

In a word, McKay described her latest song as a “bop.” It is a punchy response to the person who had initiated a breakup and comes back later to explain that they’ve made a mistake.

“I know everybody has been through something where someone is just trying to keep them on the line for their own selfish reasons,” explained McKay. “This is an anthem for when you want to let go of that person and remind yourself that you are worth someone who actually wants to be with you.”

After writing “Pity Party,” McKay explained the song stuck in her head for two weeks, creating a desire to share the story. Buoyant pop circles chase deep sultry vocals, presenting a strong message that she will no longer be accepting apologies, effective immediately.

Drawing early inspiration from Celine Dion and Mariah Carey, McKay sought to emulate the talent of these female artists. She started first as a singer, putting on concerts for her parents to entire Celine Dion albums. As she got older, she found songwriting as a productive outlet for emotion.

“I’ve always been attracted to music because it is the only way I can fully articulate a feeling that I have,” McKay remarked.

While living in New York City for five years, she began to realize the music scene there is not what it once was. She decided to head South to be surrounded by creatives and more writing opportunities. When she arrived in Nashville five years ago, the wave of female writers like Maren Morris and Lucie Silvas, who were working tirelessly to carve out space in the industry, drenched McKay in inspiration.

The breakout singer-songwriter feels she can fill most any seat at the writer’s table. Lately, she has narrowed in on a newfound niche.

“I have been having a lot of melodies coming to me, which is exciting because it is more so than ever before,” McKay shared. “If you think of an interesting melody, sometimes the words just present themselves. That has been happening a lot lately.”

McKay shared that her best creative energy comes when she is in the room with writers with whom she has a great time. “When I write with fun people, I am the most excited, and my brain kicks into high gear.”

Listen to Parker McKay’s latest single “Pity Party” below. Look out for the song everywhere else tomorrow. 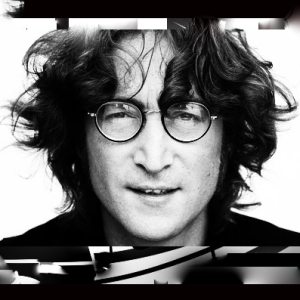