Pat Barrett is not new to songwriting, but the artist and worship leader says he is beginning to notice just how much his writing has changed since he and others penned modern worship anthems such as “Good Good Father” and “Build My Life.”

Barrett now wonders whether songs he wrote 15 years ago would sound the same way. Would he choose similar lines, phrasing, or even instrumentation? Barrett says he’s found himself realizing—and accepting—that he communicates the passions of his heart differently now than he did in the past. Over the years, he has developed a boldness to share ideas and concerns which may have always existed in his mind but that he did not yet have the courage to publish.

Barrett’s latest release, Act Justly, Love Mercy, Walk Humbly, has been curated over the past two years, and it covers deeply different points of personal experience and national culture. According to Barrett, the record feels like a willingness to finally share all those changes that have taken place inside his heart and the world around him.

“I’ve noticed some changes, some songs, some content that maybe I’ve always written about but have felt hesitant to share,” Barrett explains to American Songwriter. “Even the way an album sounds—I’m using different instrumentation, I’m stretching myself creatively. This album feels like I’ve included all the things and the sounds and the subject matter that is meaningful, real and honest.”

Barrett notes he decided a long time ago to follow Jesus, a path that has not been easy. The songs on this record show the depth, light and vast array of colors that appear on that path as time goes on.

Through tracks such as “To Have and To Hold” and “Lightning,” Barrett is up front about the process of “working out faith.” It can be beautiful, as well as confusing, liberating and humbling.

“For me, these songs touch every area of my life,” Barrett says. “I just decided to share it all and so many voices, producers and co-writers helped bring out the best parts of that.”

When artists take a chance and really show the deep questions and longings of their hearts through music, the impact and connection can be great. Barrett hopes listeners will find themselves surprised at just how specifically they can relate to the content of the album.

“I hope someone will listen to certain songs and say, ‘I can’t believe this is in here,’” Barrett says. “The breadth of the songs felt at times uncomfortable and like I was oversharing, like when you’re being a little too honest and you say, ‘I think I just said too much.’ I hope there will be hints and moments of that.”

The tracks on Act Justly, Love Mercy, Walk Humbly carry a casual energy because Barrett’s songwriting process often begins with scraps of thought and conversation from mundane parts of life.

Barrett describes the album as a “curious collection.” Some songs were completed two years ago, and some came together at the last minute of the recording process. But in both scenarios, Barrett says his process of songwriting happens in the day to day wanderings, the fragments of ideas written down at a moment’s notice.

“I’ve gotten into the habit of writing down everything that stirs me in a way that I felt like it shouldn’t, like it was more than what it was—that painting or that melody was more than what it was. It wasn’t just a melody. I actually felt something,” Barrett explains. “Sometimes they immediately get fleshed out, but a lot of times they just sit there and they badger, and I think about them the next day, then I forget about them, then I think about them a month later. Those are the songs or ideas that I gravitate towards, the ones that last more than the 24-hour waiting period.”

The elements that strike him in one moment often circle back later with more power and meaning later. They sow a line in his heart and frame what may become a strong verse, leading to a chorus and eventually an entire song.

Barrett says in this album, he hopes to explore the underlying mindsets and ideas that may not typically be addressed. He does not want to let even the smallest idea go without consideration. With that honesty comes the power to choose more firmly how to direct daily life, Barrett says.

“What will we do with each day we are given? Before anything else is laid out, how will our minds determine what the day will look like, or what attitude will mark our approach?” Barrett asks.

The nature of his songwriting challenges listeners to consider these questions. Answers to them may offer excitement and the strength to orient our lives with consistency, healthy growth and understanding. 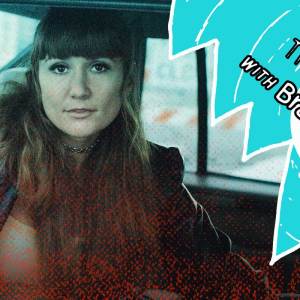 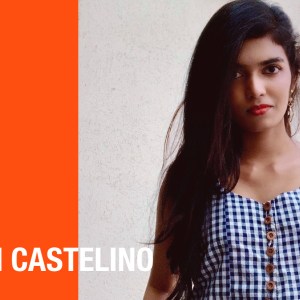