Patrick Sewalk hunched over the edge of his bed, and immense anxieties flooded his senses. A fresh morning brought new possibilities, but he couldn’t get out of his head. One-half of indie-pop duo Patzy, alongside drummer Logan Todd, Sewalk was “just kind of frustrated with my mind for always ‘cracking the whip’ on me to get moving and get working,” he says.

“I have a hard time relaxing, and I’m usually caught up in some sort of personal crisis that I’ve blown out of proportion. The typical voice in my head is telling me that I’m wasting my life away or that I’m not doing enough with it,” the singer-songwriter tells American Songwriter.

Patzy’s new song “Doin’ Alright” arrived in that very moment. “The opening lines came to me, and I just kept rolling with the song, listing my anxieties almost as a way of calming myself down and giving myself permission to chill out,” he explains. “I feel like I miss out on a lot of life because my brain is always on to the next task and the next destination, not appreciating where I am in the moment.”

‘Time is an illusion’ I heard someone say / But supper’s in the oven, I still gotta wait, he sings, framing his anxiety around the mundane. I’m sitting on my porch watching the season’s change.

Recorded between close friend Gusti’s (Agustin Escalante) home studio and their own in Nashville, “Doin’ Alright” benefits from several perspectives and a genre-fused musicality from all three collaborators. “We all have experience as producers, so we play and record everything ourselves. We don’t have to pay for studio time, which is both a blessing and a curse,” admits Sewalk. “We have as much time as we want to get everything ‘perfect,’ but sometimes without limitations, it’s too easy to become too obsessed with trivial details about the recording.”

Sometimes paranoia gets the best of me / Like do other people hear my music differently than the way I first intended my songs to be? he mulls over. We like to play the game where we pretend we have control / Is it gonna snow tonight? Idk / I can’t even change the way the currents of my heard are messing me up day-to-day.

There’s a dryness to their lyrics, funneling in a self-deprecating humor with a more straight-laced outline. “I think this song is pretty funny; there’s a weird sort of dry humor I try to bring out through the lyrics,” says Sewalk. “It’s fun to tie-in subtle jokes and contrast them with some of the more sad sentiments in the song. It’s not so common to find someone singing about and expressing their vulnerabilities. What I hope for listeners to take away from this song is that despite the facades or images everybody uses to present themselves, we’re all in the same boat, in that we all deal with our own doubts, insecurities, and anxieties, which at times can feel crippling. We don’t normally present these on the surface, but no one is alone in feeling these things.”

Originally from Galena, Ohio, situated 20 minutes outside of Columbus, Patzy draws from such influences as Bob Dylan, The War on Drugs, Grimes, and Clairo, among others. Throughout their catalgo, including a 2018 record titled Opus Uno, Sewalk finds his best work emerging when he’s “just passing the time and am not really too concerned with how things sound. It’s actually maddening. It seems like the harder I try to write a song, the more forced and contrived it sounds,” he says.

“It’s like the less I care about whether something is good, the easier it is to let my creativity flow without being too critical of it in the moment. This is tricky because I usually care way too much. But the times when I seem to feel the most creative are usually late in the morning when I’ve had way too much coffee, and I haven’t really had much personal contact with anyone that day.”

In their pre-pandemic days, Patzy’s star was slowing on the rise, as they’d also worked with bands like COIN and Deerhunter in varying capacities.

Listen to “‘Doin’ Alright” below. 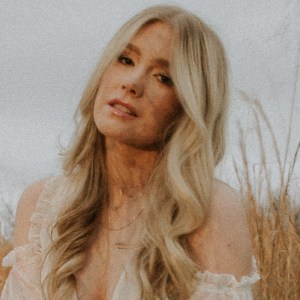 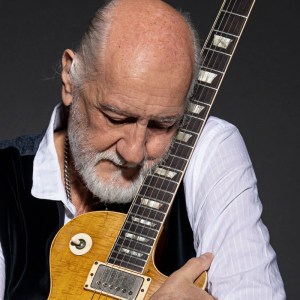