You can never predict when a song might connect on a wide scale. Following up her No. 11-charting self-titled EP in 2017, country singer-songwriter Emily Brooke makes inroads with her first piece of original music in four years. “Easy on Me,” a teaser for which went viral on TikTok, has already vaulted over the 100,000 streams threshold. There’s no other way to say it: she has a bonafide hit on her hands.

“I’d been trying to work at TikTok. I started pretty religiously around the holidays,” Brooke tells American Songwriter over a recent phone call. “It was really weird; you just never know which video will catch.”

Brooke had the intention of releasing another single to kickstart 2021. But when she posted a clip of her belting along to “Easy on Me,” the video quickly took off and now has 422,000 views (as of this writing). In the video, Brooke is just herself, curled up on the front seat of her car with a jean jacket and a beanie. She’s the country girl next door.

“It’s been really awesome to see this song grow so much,” she says. As it picked up steam, her and her team decided to pivot and “give the people what they want,” laughs Brooke. “It’s helping determine what songs go next. I had a plan in my head, but this way is cool. It will still work.”

“Easy on Me,” co-written with Lauren McLamb and Mignon Grabois, sees Brooke working through a breakup and begging an ex-lover to make it hurt now, I don’t want it hanging around, she sings over a silky, polished framework. ‘Cause love don’t go easy when you’re / You’re let down gently, baby.

The evocative ballad is an important mile-marker in many ways. Apart from the streaming success, “Easy on Me” demonstrates Brooke’s talent to craft and deliver a 1-2 knockout punch—through not only the vivid imagery but her phrasing choices. The first single to a forthcoming EP, which depicts the highs and lows “of how a relationship goes,” she says, leaves one indelible imprint. “A relationship starts off with wanting to keep it a secret and then you’re all in and then you start to notice something’s different ─and then the heartbreak and the recovery.”

Simply born out of her still-swelling heartache, Brooke brought the song idea to the writing session. With her collaborators, she fleshed out the story and perhaps learned a few lessons along her songwriting way. “I learned that we were not right for each other,” she says with a laugh. “It was my first relationship. When you’re in a relationship, you don’t notice all the little things until you go through the breakup and that initial emotional response. You don’t see it until you have a clear head and distance from it.

“Since the song is a couple years old, it brings back memories from other relationships, too. It’s definitely one of those songs you can listen to and think, ‘Oh, it’s now about this person and that person,’” she continues. “I am able to connect with the song when I’m singing it but there are times when I try not to think about the lyrics too much. It’s both ends of the spectrum.”

Originally from Wellington, Florida, Brooke appeared on Seasons 14 and 15 of American Idol. Despite being cut early, she has kept the vision of a superstar career in the back of her mind. While working three jobs, she traveled to and from Nashville to work on her first project, turning to the likes of Jamie Floyd, Josh Kerr, and Hannah Ellis to contribute. She eventually went on to open shows for Kelsea Ballerini, Old Dominion, and Randy House, among others.

Brooke’s sophomore EP, for which she’s traveled down to Muscle Shoals, is tentatively slated for later this year. 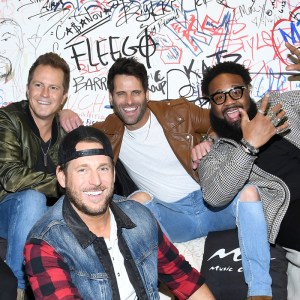 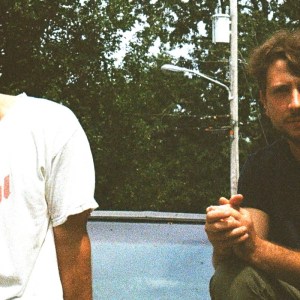