Sir Paul McCartney is in the headlines again (a feat he’s been accomplishing for nearly six decades now)—this time, it’s because he told Reader’s Digest that he’s done giving autographs and taking selfies with fans.

“It always struck me as a bit strange,” the now-79-year-old Beatles legend said. “’Here, can I write your name down on the back of this till receipt please?’ Why? We both know who I am.”

McCartney went on to explain why he’s through taking selfies too. “What you’ve usually got is a ropey photo with a poor backdrop and me looking a bit miserable,” he said, before adding a warm invitation for those who do get lucky enough to meet him: “Let’s chat, let’s exchange stories.”

Many have been quick to point out that McCartney is following the lead of his fellow Beatle, Sir Ringo Starr, who posted a pretty bizarre video in 2008 announcing that he will no longer be signing things or accepting fan mail. The 43-second “serious message” includes a “warning” not to send him anything with, of course, five utterances of the phrase “peace and love.”

A decade later in 2018, Starr explained on Howard Stern’s show that the video was “one angry moment,” but he did have a pretty valid reason for stepping away from autographs.

“I was in New York signing scratch plates that go on guitars and someone said, ‘Have you seen this on the internet?’” Starr told Stern. “There’s a guitar with my signature on the scratchplate—someone had screwed the plate onto a shit guitar and was selling it for three grand! So, I only sign for charity now.”

The Beatles aren’t the only ones who’ve stepped away from signing anything for fans… in fact, some of the best stories go back decades. In 1966, a video was taken of Bob Dylan refusing to sign autographs for two Irish teens. When the video surfaced again in 2019, it went viral.

“Those other people don’t ask me for autographs—why do you?” Dylan said to the teens with his infamous charm. “You don’t need my autograph. If you needed it, I’d give it to you!”

Dylan’s long had a reputation for being one of the hardest autographs to get—in part because simply running into the guy is almost impossible thanks to his security detail and reclusiveness. Beyond that, though, his general uneasiness with the dynamics of fame, celebrity, and the media certainly plays a role. Among collectors, it’s well-known that he refuses to sign anything unless the circumstances are right and he’s comfortable enough to not assume you’re just going to turn around and sell it.

Nonetheless, as we’ve seen before, Dylan seems to get quite a kick out of the occasional glitch in the matrix—in 2010, he proved that (and proved that he sometimes signs autographs) on an episode of Pawn Stars. Appearing simultaneously put-off and amused, he gave his signature to Chumlee in a strange, 45-second encounter.

Others, though, aren’t so quick to make exceptions—one artist who was notorious for never signing things was Prince. In 2013, during a taping of Late Night With Jimmy Fallon, he made that abundantly clear by refusing to sign the guitar of The Roots’ guitarist, Kirk Douglas… moments after breaking it.

The guitar was a 1961 Epiphone Crestwood and Prince asked Douglas if he could borrow it because his guitar tech forgot to bring the guitar he had intended to play—being a huge Prince fan, Douglas, of course, agreed. But as the performance came to a close, Prince tossed the guitar straight up into the air—when it landed, the headstock cracked.

“I knew that there were cameras on me, so there was nothing I could do but sit there,” Douglas said in a video on The Roots’ YouTube. “Keith, the stage manager, came up to me and said ‘Prince wants to talk to you,’ and I’m like, ‘Yeah, I want to talk to Prince.’”

With one half of his guitar in one hand, and the other half in the other, Douglas confronted Prince but was a bit surprised by his response. “I went to where he was, but he was mixing the performance he just did, so it was so loud I couldn’t even hear what was being said,” Douglas recounted. “All I could make out was ‘I apologize’ and ‘I’ll take care of it.’ Then, I said, ‘Okay man, you broke the guitar—do you think you could at least sign it?’ His response was: ‘Oh, I haven’t signed anything since the ‘70s.’”

There were other times when Prince’s refusal to sign resulted in tension… one episode was with the “Super Freak” writer, Rick James. The two had known each other for some time, with James giving Prince a big boost in his early days, but the incident occurred at an after-party for the American Music Awards. James’ mother wanted an autograph from Prince, but Prince refused. James challenged him to a fight, but Prince ultimately apologized. “I was a little disappointed cause I really did wanna kick his ass,” James said years later.

So, from McCartney’s invitation to have a chat and “exchange stories” to Prince’s adamant refusal, there’s quite a spectrum for stars who’ve decided that they don’t want to sign. Maybe actor and comedian Jonah Hill has the best approach of them all—when he decided he was done signing things, he commissioned a set of business cards to hand out to folks instead. They read: “I just met Jonah Hill—it was a total letdown.” 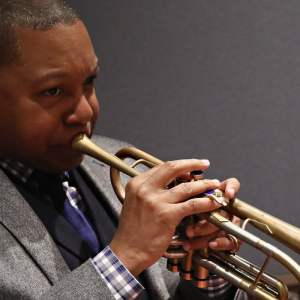