PRS Guitars have long been revered for their craftsmanship and attention to beauty in building guitars for the past 30 years. Nearly a decade ago, they went full-force into building amplifiers, with renowned amp aficionado Doug Sewell at the front of their design team. Their designs were well-received, and like their guitars, Paul Reed Smith amps looked as good as they sounded, with custom tolex and grill cloth to look unlike a typical black box. However, the mostly hand-wired, USA made designs came at a high cost. This year PRS has extended their line with the introduction of the Sonzera amplifier series, at a more modest price point but still retaining the stamp of quality for which founder Paul Reed Smith is legendary.

The Sonzera series of amps features the 20-watt 1×12 combo (our review unit), a 50-watt combo, and a 50-watt head and a matching 2×12 cabinet. This 20-watt closed-back combo runs on two 6L6GC power tubes and feeds into a Celestion V-Type 16 ohm speaker – which is becoming one of the new standards in stock speakers. It features two channels – a clean channel with bass and treble controls, and a lead channel with an added mid control and bright switch. There are also two global controls – presence and reverb. On the back panel, there is an effects loop, a foot switch input, and five external speakers outputs for 4, 8, and 16-ohm cabinets. The footswitch selects between channels and bypasses the reverb.

The Sonzera 20 is light and easy to manage, weighing in at about as much as a Deluxe Reverb. Amps of this size are great for quick load ins/load outs, especially this one for the fact that it’s balanced and doesn’t list on either side. Being that the Sonzera 20 is a closed back 1×12, it is plenty loud enough for an unmiked gig without swallowing the stage. In a larger room with a mic on the speaker, the amp is low to the ground so you’ll be able to dial yourself plenty in the monitors, and still be able to turn either channel up and work the power tubes.

The Celestion V-Type speaker was an excellent choice for this amplifier. It’s frequency range allows for a clean blend with your bass player, while also not sounding too boomy – and the high end is clear and crisp. High gain tones are impressively crunchy, especially so for a 1×12 combo doing what might be considered as the job for a 4×12 cabinet. With my Les Paul, I started with the three-band EQ set to five across the board and made only minor adjustments. With the gain at five or higher, I brought in the bright switch to enforce articulation.

The clean channel sounds great, and doesn’t break up too early, even for 20 watts. You’re able to turn up and drive more power tube response while still having plenty of headroom for overdrive and fuzz pedals.

The onboard reverb sounds awesome. So awesome, in fact, I would almost prefer it to be louder in the mix! It is very subtle until you set it past 2:00, actually. However, many players may find that it complements their playing rather than throwing you out into the surf.

In all, Paul Reed Smith has rolled out a surprising chameleon of an amp, especially for the price and size. Check out this 20-watt combo for an easy to use – and manage – amplifier fit for nearly any gig or session. 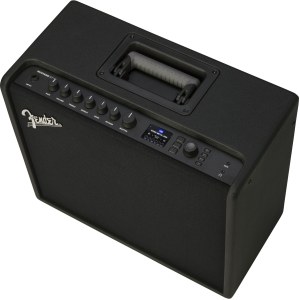 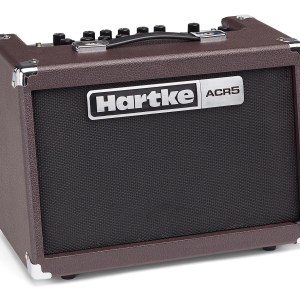