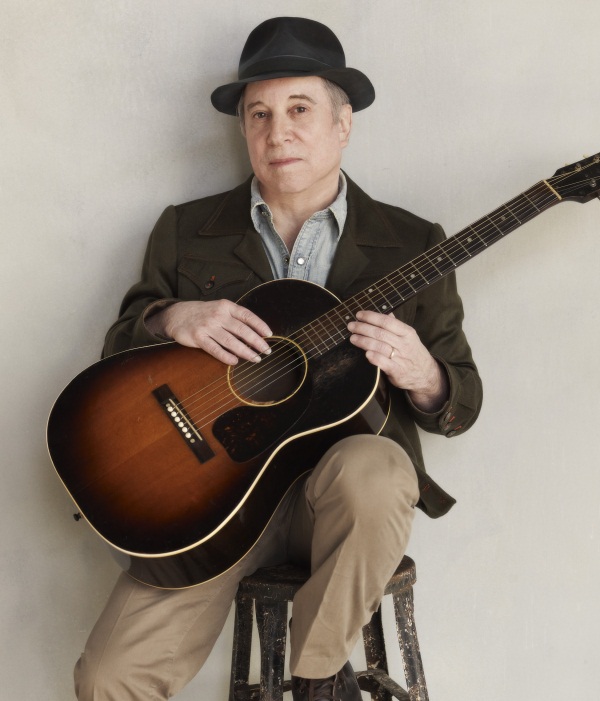 You and Dylan went on tour together in 1999; you each did sets and then you sang a few together. How was that for you – to sing with him?

Yeah. He doesn’t sing the same thing twice, you know? So if my job is to sing harmony, I don’t know where he’s going to be.

Yeah. But I think it’s just sort of fun that the both of us were standing up there singing together.

Your language in songs has always been smooth and polished. Is that the result of a lot of revision?

I don’t have a clear picture in my mind of how that works. The words come. Usually, it’s a long time before they come. And then when they start to come, it doesn’t take so long for it to be finished. It takes a long time to begin. And then it sort of gets finished.

Sometimes I’ll be stuck on a verse, or some aspect of a song. Could be a for a long time.  “Love And Hard Times” took a long time.

Thank you. I had the opening line “God and his only son,” which I thought, that’s got to be a good opening line for me. What am I gonna do with that? It’s pretty far away from home for me. But otherwise, I didn’t have the story or anything.

Generally we think of songs as confessional, about the songwriter, or a story song about someone or something else.  Yet “Love And Hard Times” is both, and shifts cinematically from one scene into another.

Yeah, that’s right, it shifts. Because once the first two verses were over and I’d finished that part of the story, I realized that the rest of the song was going to be a straight-ahead love song. There was enough cynicism in the first two verses and now I didn’t really need to go any further, and now the rest had to be pure love song. So in a sense, it is cinematic in that it now changes to another story.

You wrote that song and others using your original method of writing with a guitar, as opposed to writing to tracks. How did that feel?

A little bit awkward at first. And then, you know, I was a little bit apprehensive about whether I could do it.  “Love And Hard Times” is a pretty complex structure for a song. It has different parts and changes key several times. But nevertheless, it is a symmetrical structure. And then I realized, well, of course I can do this. And it’s just a question of patience.

You thank the composer Philip Glass for helping you get out of “harmonic tangles” you would somehow “miscreate” on the album. Was that about “Love And Hard Times”?

It could have been about “Love and Hard Times.” Sometimes I’ll just ask him about a modulation and how to think about that, what notes I might want to have to solve the problem of it. Eventually I’d figure it out. But with Philip, he’s like Google [laughs]. You ask Phillip, you pretty much get a quick answer. Unless he decides it would be better for me to just work it out. In which case, he says, “Hmmm, I don’t know. He knows” [laughs].

Patti Smith told us she writes poems for herself, but songs are for the whole world. Do you feel that?

No, I don’t think, “This is something that the whole world will hear.” And I don’t think I ever did. Most of the time, when I had hits as a soloist – maybe not so much with Simon & Garfunkel – I was surprised they were hits. I didn’t know what the hits were. I never thought that “Loves Me Like A Rock” was going to be a hit, or “Mother And Child Reunion,” or “50 Ways To Leave Your Lover.” They didn’t sound like what the hits sounded like at the time. Radio was more open to things that weren’t exactly what every other hit was.

People pick up on your lines in a way they don’t with most songs, it seems.