This is the first part of a two-part series. Read Part Two Here.

His  first job was as a sport parachutist in air circuses. “It was a very brief period of my life,” he said, “but it has that nice corny ring to it. There I was, high over Albuquerque on the wing of a biplane, barnstorming.”

He’s a world-famous songwriter who first came to Hollywood not to write songs but to act in movies. “But I looked like a kid with a hangover,” he recalls, “so it wasn’t easy to cast me.”

Unable to land any acting roles Paul Williams turned to songwriting. “I didn’t have any money,” he said over breakfast in a bustling, noisy Hollywood eatery, “and I couldn’t get any work as an actor. So I started writing songs for my own amusement. And once I started writing, that’s all I did. I was constantly writing. When I got an office at A&M, which was a few years later, I was there around the clock. I loved it.”

Recognizing Paul’s intense drive and inherent talents as a lyricist, the publisher Chuck Kaye teamed him up with the composer Roger Nichols, a collaboration that started slowly but lasted for many years and produced countless hits, including “We’ve Only Just Begun,” “An Old Fashioned Love Song’ and ‘Rainy Days And Mondays.’

It was Nichols from whom Paul learned the basics of the song crafting: “For about four years, Roger Nichols was like my music school. He was a trained musician, and I learned a lot of the basics about how to put a song together from Roger Nichols and from Chuck Kaye.”

For the length of a college career, exactly four years, the team of Williams and Nichols churned out songs and never had any hits. And though they would work solidly for hours, when the day was done and Nichols would go home, Paul would stay in the office and continue writing.

To eliminate the need for sleep, he turned to artificial means, as he remembered. “I think I discovered amphetamines by then. So many of those songs were written by Paul and those little yellow pills.”

He no longer does any drugs, nor does he drink, and this change is foremost in his thoughts these days.

“I can talk to you about my life. And my life right now is about being in recovery.” It’s a recovery that’s enabled him to get back in touch with his songwriting soul, and writing songs for him has once again become a labour of love, as it was when he first started.

He channeled some of his new-found energy into a song about the recovery process called “The Great Fact” which features the impassioned vocals of many great singers, including Dianne Schur, Bonnie Raitt and Michael McDonald. To what does the title refer? “The great fact is that there’s a better way of living.” Paul answered.

Besides writing songs, Paul was helping recovering addicts on a daily basis, having recently completed a course at UCLA to become a licensed drug rehabilitation counsellor.

A construction brat born in Nebraska, Paul was a true traveling boy from the start, on the road with his family since he was an infant. Constantly they moved all around the Midwest as well as South Dakota, Wyoming, and Ohio.

When he was thirteen, his father was killed in a car wreck and Paul was sent off to live with an aunt in California. After high school in 1958, he moved to Denver, where he was a parachutist for a while, before moving to Hollywood to pursue acting in films like The Loved One with Rod Steiger and John Geilgud, released 1965.

He was raised on the music of Crosby and Sinatra, making him the perfect choice to write the hilariously inept songs for Ishtar. But it was the beginnings of Rock & Roll that really fuelled his fire in the fifties, and when he heard the Beatles, his life was altered forever.

“The Beatles made me crazy,” he said. “Sgt Pepper was a real turning point in my life.”

His collaboration with Roger Nichols resulted in world-wide fame, thousands of recordings, and many Grammys, Golden Globes and other awards. It also led him back to the world of movies. He wrote the entire song score for Alan Parker’s delightful debut film Bugsy Malone starring a teen-age Jodie Foster. His score for Cinderella Liberty, containing the song ‘Nice To Be Around’ was nominated for an Oscar as was his score for Muppet Movie and the song ‘Rainbow Connection’ which he wrote for that film.

He was the music supervisor for A Star Is Born for which he collaborated with three different composers, including Barbra Streisand. He and Barbra wrote the lovely ‘Evergreen’ together, which won the Oscar for Best Song that year.

Although he has written so many standards known the world over, when asked what his favourite song is, he answers with one most people don’t know, ‘A Perfect Love’ which Gladys Knight, Ray Charles, and others have recorded.

“The lyrics say a lot about my own life,” he said. “Old enough to know I’ve been wrong and fool enough to think I still might change.'”

AMERICAN SONGWRITER: How did you learn to write songs?

PAUL WILLIAMS: I learned by doing it. I would write all day with Roger Nichols, and then at the end of the day, Roger would want to go home. And I had a tendency to not want to do that. So I’d stay up all night and write with anyone who wanted to write with me. And out of that came other collaborations.

Did you and Roger develop a routine way of writing together?

Nichols would write a melody that I’d like and then he’d lock me in the office and wouldn’t let me out until I’d finished. Roger’s like six-foot-five and he’d make me stay. So all my lyrics were written to existing melodies.

There were only two times when I wrote lyrics first and both those were with Craig Doerge. We wrote a hit for Bobby Sherman called ‘Cry Like A Baby’ and the other was ‘Life Goes On’ which was included on the Lena Horne album from her Broadway show, for which we won a Grammy. Craig, by the way, is a fabulous guy and a great player.

When writing words to a melody, I always thought the words were already in the music. The music is the key that opens certain emotional rooms in me. I hear the music and it touches certain places in me. And then I speak about how I feel about those places.

I’m taking baby-steps now returning to songwriting. And I’m trying to be motivated in that return by what put me there in the first place, and that was love. Real love for writing. Writing made me feel better than anything else. I’ve waited for that. It’s something I’ve prayed about. I said I can’t start songwriting because people think I’m a songwriter. Because Paul Williams had a lot of hits in the seventies and now it’s the nineties. I had to be motivated by my own affection for what I’m doing or it never gets done. And happily that affection for songwriting is coming back. At its own time and its own speed.

You know what? I find that small garages tend to spawn good songwriters. You drive down the street and you know that behind every third small garage door there’s a home studio and somebody’s doing brilliant work.

Rap is the street poetry of the nineties and I can’t talk to you about it and I’m not a street person. My gutter was a five-acre estate in Montecito when I hit the bottom. What I can participate in is what I feel, and what touches me. And a lot of those emotions, the more sweeping, passionate sentiments, want to express themselves in melody. There’s an angular sound to certain words and certain emotions.

One of my favorite songs that you and Nichols wrote together is ‘Traveling Boy’, which Art Garfunkel recorded.

‘Traveling Boy’ was written in the embryo. We wrote it and it laid around for a long time before anyone did it. Art Garfunkel recorded it beautifully on the Angel Clare’ album. I usually closed my show with it when I performed it. I ripped off [Garfunkel’s] arrangement and used it myself.

The two of you wrote many hits for The Carpenters. Were those songs written specifically for them?

The Carpenters were good for me. The songs that they did were not written with them in mind.

‘We’ve Only Just Begun’ had all the romantic beginnings of a bank commercial. Roger Nichols and I were asked to write a song for a Crocker Bank commercial. It was something that really hadn’t been done yet, to use a song instead of copy for a commercial.

Roger wrote the music, and since it was a commercial about a young couple starting out, I wrote ‘We’ve only just begun/white lace and promises, a kiss for luck and we’re on our way’ — that takes us through the wedding and then driving off into the sunset — ‘before the rising sun we ride…’

We wrote the bridge after the fact and just strung together what we had as a song just in case anyone wanted to record it. It never occurred to us that anyone would. I mean, ‘In A Gadda Da Vida’, was the big song at the time, so to come along with something so schmaltzy as ‘We’ve Only Just Begun’ and to have it take off like it did.

Mark Lindsay recorded it first and his record was on its way up the chart when The Carpenters, who had also heard me sing it on the commercial and had asked if there was a whole song, recorded it. They released their single and it just raced up to number one.

Some songs take months and others take minutes. ‘An Old Fashioned Love Song’ was a twenty minute song. and ‘Rainy Days And Mondays’ took months to write. I knew that ‘rainy days and Mondays get me down’ but I didn’t know why or what I was going to do with it.

I think the interesting thing about the song is that it sold more than three million copies of the sheet music. Which means people were buying it and learning it. To me that was a sign of something going back into the family structure; learning the song and playing it at home. 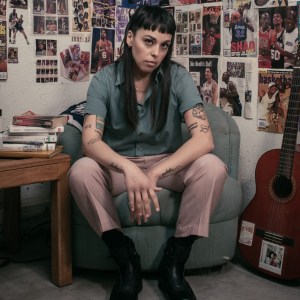 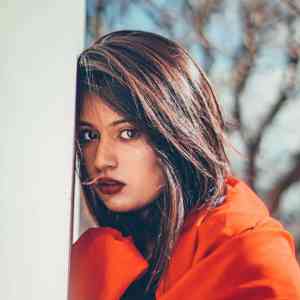