“I really just hope people get some kind of solace from this, [especially] if they’re going through similar things that I went through when writing this record,” the genre-defying LA artist tells American Songwriter in an interview featured below. “It’s an album that I hope can bring joy, but also bring some solace if someone’s in pain. I’m just really excited to get the new music out. All of it is in such a new direction for the project, and that’s all I ever want to do: reinvent this project every day in some small way.”

Lopez is speaking about her first solo album as Rituals of Mine—HYPE NOSTALGIA—which arrives in September. She wrote and produced its 13 tracks between California and Florida, where her longtime producer Wes Jones lived before relocating to LA himself.

“There are no metaphors on this entire record,” says Lopez. “It’s just straight-up how I’m feeling. In the past I would very much cloud my words with metaphors and beat around the bush of what I was saying, maybe because I was too afraid to say it. But on this album I just didn’t feel that way after everything that I’ve been through.”

“Never had enough room to figure it out / Going through the motions only brings me down / If I’m being honest, I barely made it out,” Lopez sings in HYPE NOSTALGIA’s entrancing and ethereal lead single, “Come Around Me.” “But now I’m looking for / None of this fake shit, none of this fake shit / When you come around me.”

Lopez lost her father to suicide in 2015, then lost a close friend soon after. Grief could have dominated HYPE NOSTALGIA, but Lopez had other plans: she wanted to use this record as an opportunity to reinhabit her “pre-loss” life, which extends all the way to the album art—a striking portrait of the Sacramento-born artist sitting in a carefully recreated version her teenage bedroom.

We caught up with Lopez by phone last week about the record, daydreaming, and bloodlines. Check out the full interview and listen to Rituals of Mine’s new single, “Free Throw (feat. KRIS),” below.

American Songwriter: Where are you from originally? Where’s home right now?
Terra Lopez: I’m from Sacramento, California. I live in LA now, but Sacramento is where I was born and raised.

How long have you been in LA?
I just hit the three-year mark last month. I would travel a lot in and out of LA for touring and whatnot, and then I signed to a major label for my second record and decided, “Okay, this is gonna be the move.” I’ve been here ever since.

I saw that you were between Florida and LA for the making of this record. Can you tell us a little bit about the period when these tracks were written and produced?
I worked with my longtime producer Wes Jones on this album. We’ve been working together since 2013. At the time that we started this record he was living in St. Augustine, Florida, which is where I would fly to do these super condensed mini sessions. I would fly out for [a few] days and we would write four or five songs in that time period, and not only write but record and try to get it all in while we were in the same room together.

On the first trip, I met a young producer, Dev the Goon, who Wes wanted to bring in. I think the three of us wrote five songs in our first session together and they all made the album. So I was like, ‘This is the team.’ I would fly out to St. Augustine every couple of months and in between we would send ideas back and forth. Thank god for technology! We would basically just write and produce together [that way]. Then about two years ago Wes moved out here after coming to LA for some sessions, so we were able to finish the album together in my studio.

Can you tell us a little bit about “Come Around Me”? Why’d you want that to be the first glimpse of the album?
I wanted “Come Around Me” to be the first track to come out because it is the most straightforward song I’ve ever written. There are no metaphors on this entire record. It’s just straight-up how I’m feeling. In the past I would very much cloud my words with metaphors and beat around the bush of what I was saying, maybe because I was too afraid to say it. But on this album I just didn’t feel that way after everything that I’ve been through.

So “Come Around Me” was the song that I wanted to start the [album] campaign with because I feel like it’s very strong, it’s just how I feel, it’s my outlook on life now, and I thought it would resonate with a lot of people, especially right now during this weird time that we’re all in. It’s also a track about my experiences in the industry and how I’ve been treated by some fellow artists and labels. I just thought it would resonate with people and I didn’t want any frills or anything around it. I just wanted the song to come out so that new fans would know who I am.

What are the main themes or moods across HYPE NOSTALGIA?
The album definitely has some heavy topics because of the heavy experiences that I went through over the last four or five years. But I didn’t want to make solely a sad record. I knew that it could easily become that, but I was really determined to make a record by going back in time and thinking, ‘Pre-loss, how was I feeling?’

So along with grief and loss the record has a lot of themes about love, about joy, about nostalgia—definitely reminiscing about the past. One thing that I’ve always been really into is daydreaming. I’m a big, big, big daydreamer. To me there is some solace in that, because if I’m going through something I can always go back in time to a place when I wasn’t and really feel like I’m embodying that time period. It changes my whole state of mind. So this album was me trying to do that, sonically.

On “Exceptions” you sing “I called you blood / And meant every word.” On “Hope U Feel” you sing about “All these demons I got from this broken blood.” On “Trauma” you sing “Trauma could never figure me out / Maybe it’s in my blood, maybe it’s yours now.” On “Free Throw” either you or KRIS sings “It’s so clear that you’re vexed cuz my blood / Is so blessed.” What’s up with these little drops of blood throughout the record?

That’s such a great question. I am fascinated with bloodlines, and I think it’s probably because I don’t know much about my own. I’m currently in this process of figuring out my lineage, where I come from, and why I am the way that I am—what characteristics I got from certain family members. I’m very interested in intergenerational trauma, which is something that a lot of people of color—and people in general—experience and carry with us.

Blood has always been a theme in my music but specifically right now, after losing my father, I wanted to know more about him. I realized there were so many things I didn’t know about him that I now understand about myself—different characteristics of his that I have. I’m really interested in bloodlines because they’re still such a mystery to me.

How does your own family—or family history—come up in these songs?
I started writing music to understand my world, and that has always been the reason I continue to. For me this record was no different. Writing is very therapeutic for me—like I’m actually at therapy and I’m trying to really understand these questions that I have within myself or that have been lingering, hovering over me for my whole life.

My family history is very layered, it’s very heavy, there’s a lot of trauma in there. I’m Mexican and Native American. Where I come from—in my family and communities—you don’t really talk about your issues. You’re told to suppress them and put them under the rug. I want to break that cycle. I want and need to address them so I don’t continue this cycle of pain and hurt. For me it’s like, ‘Not only am I going to talk about this, I’m going to share it publicly because I do think it’s important.’ And some of the feedback that I’ve already gotten from fans is them thanking me for bringing up some of these issues because it allows them to feel a bit more empowered to bring up their own.

I wanted to ask about the album art. How did that come together?
I had this idea before the record was even finished of recreating my teenage bedroom and it’s very rare that I have a full vision, aesthetically, of what I want the album to look like. That’s never happened before. So I knew that I really wanted to go forward with this idea of my teenage bedroom, which equals pre-loss. What did that look like for me?

I had an incredible crew of people. My partner helped me build out the idea along with a few key friends. We sourced items for months—trophies, magazine covers, 1990s bedding. Some of those items are actually mine from childhood, like some of those trophies, the cassette tapes. There are these little eye candies throughout that image. All of it has severe meaning. It’s just a really powerful, meaningful thing for me to revisit that bedroom. Everyone killed it. It was really cool to be able to recreate that space and transform a garage—when I was little I did live in a garage that burned down, that’s a whole other story—but I wanted to recreate that space and let people know, ‘This is where I come from.’

Is there anything else you’d like to share about what these songs or this record means to you?
I really just hope people get some kind of solace from this, [especially] if they’re going through similar things that I went through when writing this record. It’s an album that I hope can bring joy, but also bring some solace if someone’s in pain. I’m just really excited to get the new music out. All of it is in such a new direction for the project, and that’s all I ever want to do: reinvent this project every day in some small way.

HYPE NOSTALGIA is out Sept. 25 via Carpark Records. You can pre-order it here. 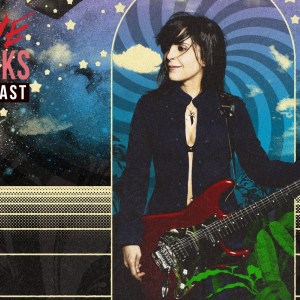 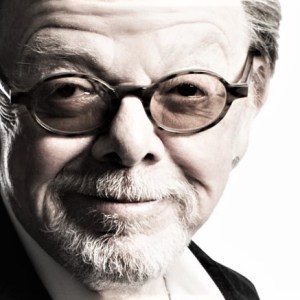