Recently, Collin Desha has let inspiration crash and wash over him. After a successful LP debut with his 2019 Room to Breathe under indie rock persona Low Hum, Desha felt he could push his craft further. So, the Los Angeles resident and Hawaiian-born musician went searching for a new angle on his artistry.

Armed with resilience from this past year, Desha experimented with new soundscapes for his upcoming album, Nonfiction, out on October 8. The Low Hum sophomore album meshes the soft feeling of low-fi beats with intense undercurrents of hi-fi escapism. While Low Hum’s work is still reminiscent of Tame Impala’s psychedelic music, Low Hum has fully emerged with its own fresh sound wrapped up in Desha’s honeyed melodies. One standout track from Nonfiction, “Phantasms,” exemplifies what it means to embrace and tinker with one’s muse. The track buzzes and swirls with explosions of energy. Today, “Phantasms” is exclusively premiering on American Songwriter. Read below for a deeper dive into “Phantasms” and the mind behind the song.

American Songwriter: Can you tell us a little bit about what inspires and motivates you as an artist?

Collin Desha: I love to keep approaching my art from new perspectives. Lately, I’ve created this game where I challenge myself to wear the lens of my 13-year-old self when creating, in the sense that I try and tap into the newness of discovering something for the first time— this blissful, not over-thought, free, creative expression where the only rule is there are no rules. David Lynch refers to this idea in his book Catching The Big Fish where you have to go deep into your “ocean” of creative subconscious. I’m very much fishing from my subconscious during my writing process, where I like to land on something you can’t pinpoint exactly where it came from. That’s usually when I know I am onto something and that spur-of-the-moment creativity is like a drug. It always keeps me going for hours and hours, looking for those big fish.

AS: What is the story behind your upcoming single, “Phantasms”?

CD: “Phantasms” was a really big light bulb moment for me during the creative process of Nonfiction. Up until this tune, a lot of my music had been a pretty labor-intensive process of me going over every detail with a microscope, but with “Phantasms” it happened organically and quickly. I had written the bassline and drums in Ableton one more morning while having some coffee but then the session kinda just stayed in my periphery for a few months, while I was focused on the other tracks on the album. Once I got into the studio, I wanted to do some writing then and there and not be so zoned in on the fine details of the production, so we brought up the session and just kinda went bananas on it. My life at this point was changing so fast. Covid just hit, my tour was canceled, my father-in-law just had a massive stroke, my wife had moved to Oregon to take care of him so I was at home feeling like I was in the middle of a hurricane. I put pen to paper and the words started to pour out of me about this dreamlike state that was constantly changing around me.

AS: What is one of your favorite songwriting or production moments from “Phantasms”?

CD: When we got to the studio about 80 percent of “Phantasms” was completed on the fly. We used an electric sitar through a distorted Neve preamp to create this nasty fuzz. I laid down all the riffs in one take, not really even having a moment to reflect on what I did, we just kept moving forward. Jon Joseph programmed some drums and ran that through a Space Echo to create the hi-hat groove. Once that was completed we just threw up a mic and I started to ramble this melody that I was hearing in my head. We played with autotune as a writing tool which was a first for me. Once I took the track home and refined the lyrics, that pretty much became what you hear on the track now. The experience of this song in particular dramatically influenced my writing process since that day. I realized just how easy it can be if I let it happen, and I don’t have to make it such a laborious process to achieve what I want.

AS: How would you describe this song’s overall sound or vibe? How has your sound evolved since Room To Breathe?

CD: This song is for me actually goes back to the roots of Low Hum and what I was exploring on my first EP, lowhum. It is an homage to an older track called “Alone” that is moody and plays with a heavy synth bass. It skirts around a Nine Inch Nails sound and the approach for the vocal performance drew from the hip hop world I was listening to a lot of at the time. I kinda went for a more monotone singular note sound versus a more colorful melody which I leaned more into on Room To Breathe. All of Nonfiction’s creative approach was based on me being bolder and not relying as much on these elaborate sound landscapes. I focused WAY more on songwriting and arrangement on this album and blocked out a finite time for production after the songs were written. With Room to Breathe, I was still trying to understand what my sound was. With Nonfiction, I tried to riff on the world that I created before it, and push myself into new territories.

AS: What can you tell us about your upcoming album, Nonfiction?

CD: I am really thrilled that it’s finally coming out! I tracked the album back in April & May of 2020 so it was smack dab in the beginning of quarantine when we are all going through a major change. I made this album with the intention of capturing a snapshot of that time versus the collage-like approach I’ve gravitated to in the past. The darker and bolder tonality of this record feels like it adds a whole new dimension to the Low Hum world. It’s more confident and has sparked a new fire in my creative process that is just the beginning of A LOT more new music to come.

AS: What is one thing that you want listeners to know about Low Hum’s music?

CD: My main goal will always be authenticity. I’m obsessed with this idea that we live in a society starving for purpose. We are constantly fed what these algorithms design for us, only consuming what they deem right for our diet. I want my music to give people hope that you can be yourself. You can listen to Low Hum to find a little safe space where I am just being me and you can be yourself too (and trip out a little bit while you’re at it).  <3 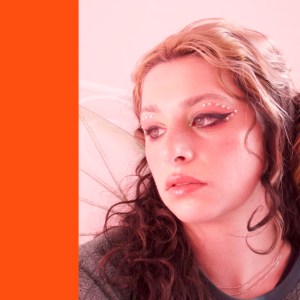 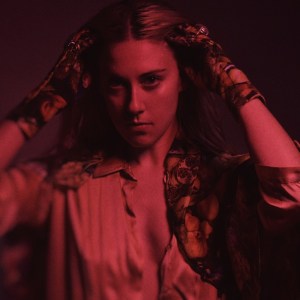