Phoebe Ryan was stuck in second gear. She was living a dream many would kill for, but a cycle of bad habits kept her stifled and unhappy.

As an in-demand pop songwriter, she’s written hits and deep cuts for the likes of Britney Spears, Oh, Honey, and Melanie Martinez and been featured alongside such juggernauts as The Chainsmokers, Skizzy Mars, and Jaymes Young. Even more, she co-headlined a North American tour with Tove Lo in 2017, setting up for her eventual superstar rise. It should have been the time of her life, but Ryan quickly realized she had hit absolute rock bottom.

“Tove Lo is a great friend of mine. It was honestly the tour of my dreams. I should have been having the best time and feeling great,” she confides to American Songwriter over a recent phone call, “but I was crying myself to sleep every night and barely able to make it onstage and having panic attacks. It was a low point in my life when it should have been a high point.”

It was then she knew something was wrong. “I needed to change things,” she remarks. Ryan then stepped away from the spotlight and took a 10-month hiatus. “I definitely sought professional help. I was so lucky to have a supportive family. I have to give a shout-out to group therapy. That’s something a lot of people fear, but it was life-changing being in group therapy and doing DBT (dialectical behavior therapy). It’s the real deal.”

Her transformation was staggering. She learned to see herself, love herself, and celebrate herself. As her focus became personal healing, her creativity took a backseat ─ and understandably so. “During that time, I maybe wrote a handful of songs that didn’t make the album,” she says.

The album, How It Used to Feel, out today (July 31), marks her first-ever long-player and arrives five years after her debut EP, 2015’s Mine. That initial project, a roster of glistening pop tunes, only teased her full potential of crafting the kind of addicting pop confections for which she has become known. Across her 13-track debut LP, she adheres to traditional conventions while mining a plethora of indie-rock, blues, alternative, and R&B textures ─ and there remains a singular perspective and vocal precision that is wholly, uniquely her.

One of the record’s most unexpected influences is Sufjan Stevens, whose “glitchy smoothness” became a vital touchpoint for her. She fuses such sensibilities, found on Steven’s 2010 album The Age of Adz, with poppy frizziness, as evidenced with such standouts as “See Myself” and “Little Piece.” Electronic crunches bear down, but her voice remains immovable, sliding across melodies as smoothly as a lark in flight.

“Sufjan is probably one of my top artists of all time. He’s always at the top of my year-end Spotify lists. That album really was a huge influence on me in college,” she says. “There’s something really special about the blend of hearing these beautiful acoustic instruments with computer glitchiness.”

“See Myself,” one of a few songs born out of her treatment, folds over the edges of alt-pop into a metallic web of burps and clicks. Its musical complexity is partially owed to long-time producer Big Taste; his knack for going big and bold drapes across the record. “I wish I could see myself the way my friends do,” she whispers internally.

Ryan’s raw, vulnerable confessions lie in contrast to the production’s almost detached, robotic exterior. But it works. “He has a magical mind, and a lot of the stuff we do is telepathic. I’ll be thinking of something, and he just does it,” she praises. “Every example I showed him of songs, he would take it there and go to the next level.”

Big Taste’s concoctions always serve a purpose. As with “Ring,” Ryan’s chest-pounding cries pin as darts into cork board, and the background descends and ascends in time with the emotional spirals. “Some things never change / Isn’t life without me strange,” she sighs. Her pining evaporates into a suffocating fog; it’s her willingness to be so bare that is most striking.

How It Used to Feel gallops across a sweeping landscape of styles ─ from gummy “Exist” and moody “Just Like Me” to the bass-rattling “A Thousand Ways” ─ and Ryan centers heart-torn misery in the middle of it all. “I know it sounds like a really sad record, but it was so much fun making it,” she observes, quickly adding: “The stories behind the songs were rough.”

In “Ring,” for example, she longs for someone not to get married. “No, don’t you dare / Put a ring on her finger / It’s a huge mistake choosing her,” she decries, seemingly ripping her own heart in two. “That obviously came from a really serious place. I wrote that song a couple years ago, so I had some distance from it. I was able to focus more on the sound,” she relates. “I always feel like I’m going through these big heartbreak moments in my life, and it’s really hard for me to deal with it, emotionally. But the fun part is writing about them. [laughs] I experience them very deeply, and it really hurts, and it sucks.” In the studio, however, she let it all escape her lungs.

The album’s resident indie-folk song “Fade” vibrates its sonic walls with acoustic guitar, a western Kacey Musgraves pulse, and a doorbell clank (of all things). Within such a somber, ambient soundscape, she doesn’t hold back on the necessary emotional theatrics. “Just burn the letters I wrote / And throw my clothes off a cliff / All I need you to know is I won’t hate you for this,” she pleads.

Even she admits that line, in particular, always felt a little “overly-dramatic,” she says, “but that’s just really me. I laugh every time I hear that line. I don’t know if people will understand it. That line is more for me than anybody else. It was crazy learning how to let someone go with grace and try to pat yourself on the back and be like, ‘You’re doing the right thing.’ Honestly, I don’t know If I’ve even mastered that grace yet, but that song really will help people and make them feel good about making the right decisions for themselves.”

Such self-deprecation comes in handy, woven into the album’s very backbone, and it all comes to a head with the string-wrapped closer, “The Real Wild Ones.” Ryan packs her vocal with swollen melancholy, injecting a surprising heaviness despite its lyrical playfulness. “Cocaine Kenny had a really bad habit, yeah / We were just a ticking bomb,” she sings, quite downcast. She flicks through various relationships, most of them extremely unhealthy, like a flip book. “But if you ask me about it / I would tell you there ain’t nothing wrong.”

As the last song written for the record, Big Taste initiated the concept, sending Ryan a voice memo with the first couple lines. “A day or two before, I had been going off about exes who’ve been in and out of my life,” recalls Ryan. “I think he thinks it’s very funny that I have all these lovers who are such characters that are all so different and ridiculous. He finds humor in my weird stories.”

All things considered, “The Real Wild Ones” could not be a better bookender to Ryan’s long-awaited debut. It showcases true musical adeptness, featuring orchestral strings knitted around a piano core, and one of the singer’s finest vocal moments. It was ultimately “very reflective for me to write,” she says. “I honestly felt like I had learned something. It was telling. Maybe I take myself too seriously, but when he was explaining that I seemed to go for the really wild ones, it clicked.”

How It Used to Feel was well worth the wait. Having written the songs over a four-year span, Ryan expresses anxiety over what people may think. “This is my first record, and it feels like people have been waiting a real long time. I hope people aren’t disappointed and that they appreciate it as much as I did having the opportunity to make it.”

In five years, since making her solo mark with 2015’s Mine, Ryan towers self-assured and calm in her musical abilities. It hasn’t been easy, navigating a brutal industry and finding her own voice, but here she is. Looking back, she offers reflection on who she was then and who she is now. “Oh, [that version of me] was so young, and she was still learning a lot. I don’t know how dialed-in she was. It’s hard. I was looking at pictures the other day from that time, and a lot of things I reflect on is how much I was struggling.”

“It seemed a lot of success was happening for me all at once. I was struggling with my mental health all the while, but it was overshadowed by how good things were going. I have been a little more realistic now. Things are tough for everybody now. I think I’m more well-equipped to handle it this year.” 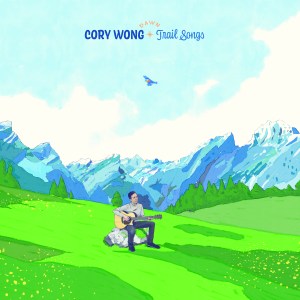 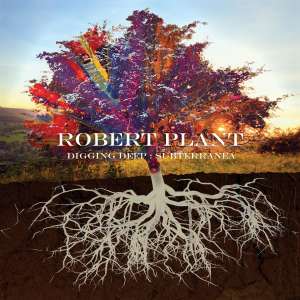