Is everybody involved in the lyrics?

CM: No. The lyrics, we used to, but now it is too involved.

CM: Thomas is our spokesman. [Laughs]

In your song “Rome,” you describe a city that was once beautiful but is now decaying. As the song progresses, we realize it mirrors a relationship. How intentional are these things?

TM: You have all of these ideas that are very different and you want to put them together, but you need to find some sort of glue that holds them together. So something that we really enjoy is to delete almost everything in between. All the things that make [the narrative make] sense. That’s something that’s impossible to do in French, because every word carries the weight of time and space. But in English, you can erase what’s in between, so it makes it easier. I guess maybe Hank Williams—Laurent gave me a book of Hank Williams lyrics for my 18th birthday—and I just loved how simple it is and how every word is independent so you can just mess with the whole thing. Suddenly, your “heart can be filled with tears” and so on…

His lyrics are very distilled.

Maybe my favorite moment when we make a record is when you have a verse and you like the melody a lot, and you have the words for it, and you have too many verses. This rarely happens to us; I wish it happened more. You know when you hear a Bob Dylan song and he goes on forever and he has so many verses that are amazing—it doesn’t fit our music. It’s almost like helium in a gas tank or something where things are free and spread in a very dense environment. You have a lot of lines to put down but you have to make decisions. There are only going to be two or three verses so I have to use this or I can’t use that. And that’s why it’s very important that there are the four of us because I can’t decide on my own. You need input, you need to know which one will be the most like a trademark, or which one is the most unusual. And then, the repetition in every verse is very playful. Once you have the main structure it becomes this big playground where you come back to places. Whether it’s ideas that are the same or it’s just a place that is the same, when you come back to them [in the song] it takes you to a different place. I think my favorite is probably the beginning of the second verse. I don’t know why.

CM: We love the beginning of the second verse. It’s our favorite moment.

Paul McCartney used to hate to write the second verse of any song. I think he felt he’d already said everything that he wanted to say in the first verse and chorus.

TM: I think with Paul McCartney lyrics, it was like he was writing haikus to keep it as pure as possible. So whenever you have a second verse missing, I see how it can be upsetting for him. The recipe is already there. You don’t want new ingredients.

You’ve talked about how long it took to finish a song like “Love Like a Sunset.” Do you ever have songs that just arrive in 20 minutes?

The tones on this particular record are very well-defined. To me they almost evoke visual things. Do you find your music is inspired by visual artists as well?

TM: More than musical artists, actually, on this record. Like Dan Flavin, for example, and his neon lights. We try to steal from him. It’s just so good. You can’t do the same in a live show because it is made for a very industrial environment. I mean it’s a very specific thing.

CM: And also movies. The guy who produced our record, we were all watching a lot of movies together. He talked more movies than music, you know.

That definitely comes across in the layers on this record.

TM: When we do a record, I can’t listen to any other music, or else it has to be totally different than any other kind of music because it’s messing up things… so anything that can be inspiring but is not music is…

What movies were you talking about during this time?

TM: For “Lizstomania,” I don’t know why, but the beginning of American Gigolo. That ride on the PCH, with the Mercedes and the wheels turning. I don’t know why but there was something in that that suited the keyboards.

And then also things that are very melancholic and have a teenage feel to it, and at the same time they have a lot of style… So every Brian De Palma movie or Koyaanisqatsi. It’s a movie scored by Philip Glass, and it’s basically a testimony of industrial life and mankind. So there is no storytelling. It is just an hour and a half of pictures put together in a kind of mind-blowing way. I am sure it influenced many, many people. When you see the Daft Punk show, or Kraftwerk, it has to connect with this.

How much of the writing and recording is dependent on location? I know that you went to Berlin before this and you were kind of moving around to record Wolfgang?

CM: We don’t like comfort when we are in the writing process. We want a chair that is hard, because comfort is scary. Because when you are in a bad position, you have less pressure. And we don’t like candles, special lights. We are like, “What do we do now?”

DD: It’s a bit hard to define. It’s a bit weird, but we need an uncomfortable environment. Maybe it’s a psychological thing and we need this unbalanced situation, but we’ve always worked well in messy places.

LB: We need a hard chair, just a table…

DD: …No sofas, no video games. We tried a lot of different places for Wolfgang Amadeus Phoenix. We tried a boat in Paris for three weeks—we did nothing there. We rented a hotel room in New York City for a few weeks too. Too nice. We hired a studio from a French painter. It was a very beautiful place. Once again, not one line, nothing. And we ended up in a studio under construction that was very dusty—no windows, no air-conditioning, nothing—pretty rough. We stayed there for almost two years. [Laughs]

LB: We know each other very well, and we are easily distracted. We can talk for weeks about everything. So if you add other distractions…

TM: Just the view is too distracting. Like right now, look out there. [Out the window from where we are sitting at the Tabernacle in Atlanta, there are three girls in tropical-colored prom dresses standing at an ATM.] [Sings] “Look at that the colors on that dress…” [Laughs] And I wish we could be inspired that other way but it doesn’t work.

Do you write very much when you are on the road, or do you keep that separate?

TM: That’s one of the rules that we have. We just write ideas but we never try to find the melody on the road. We just wait so the ideas don’t have that pressure on them for now. Then we just wait until we want to record it. If we tried something out, in six months when we’re in the studio, it would be old for us. We’re very afraid of losing the first moment of pure magic. That’s why we have a voice recorder. We are just trying to capture the moment as a spectator. When you are not leading, and it’s something else that is leading. You are discovering, you are nothing. And this is the key moment of what we are translating. When you find something and you don’t know where it comes from, this is the best moment, the key moment of our writing.

Are there any lyricists that you really admire? You’ve primarily written in English, but is there anyone that you connected with earlier on?

TM: Yeah. Richard Brautigan in English. Or in French, Serge Gainsbourg. I guess with his lyrics, some artists are so great at something that it’s almost as if you are choked.

CM: It is not like in America. You have so many “kings” here—kings of music. But in France it is very rare. We have only one, and that’s Serge Gainsbourg. He destroyed everything—every possibility. It’s like a big sun. To me, that is one of the reasons that we chose to sing in English. In France, we are the only ones doing it.

TM: In France, it has been fifteen or twenty years of people copying him. And they are still copying him—but it’s just not as good. 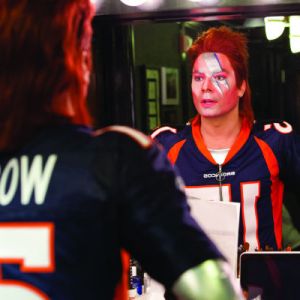 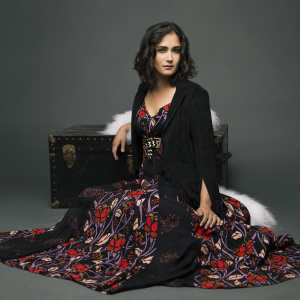