Sometimes the truth has a way of finding us, even when we try our best to escape. It comes during a still moment in your morning commute, an interjecting thought in the middle of your day, or, for folk artist May Erlewine, the truth finds its way to you at one of your lowest points.

Winter in Massachusetts can be brutal, especially when you’re battling inner darkness on top of it all. For Erlewine, she found herself circling the pond in the deep snow, trying to embrace the hard truths she was escaping. Incessantly walking until she could own the past and continue onward, the chorus to her upcoming single, “Easy,” came to her.

“Easy” is the first single from her forthcoming album, Tiny Beautiful Things, out May 13. The album, a testament to the powerful tenderness of the human condition, was named after the Cheryl Strayed collection of letters when she was advice columnist Dear Sugar.

“This song is about facing the truth. It’s that moment of looking in the mirror and choosing to do the hard thing, the righteous thing. Sometimes ideas of perfection really get in the way of our progress. This song leans into failure as a way of moving through it. We get to make mistakes, and it’s not easy to face them, but in order to keep living life, we absolutely have to,” Erlewine tells American Songwriter.

The song unfolds in a series of observations and questions, a gentle confrontation as the truth makes itself known.

True to Erlewine’s compassion for struggle, the song remains upbeat and reflective despite the difficult questions. The chorus that came to her at Walden Pond soars against gentle, driving piano, reminding listeners that pain will move through eventually—if you let it.

“I don’t look at difficult, emotional, painful times—I don’t look at them as negative. Because all of it leads to this life experience. That’s how I find balance—I don’t allow those more challenging things to be the only perspective I’m keeping. I allow challenges to teach me things, but they don’t take over every aspect of life. Even on my hardest days there is still beauty everywhere,” Erlewine says.

“I had another mentor that told me like joy and sorrow are not like on opposite sides of the spectrum, they’re right next to each other,” she adds. “And as humans, our experience is just moving gently between those two things. That helped me so much. So now, when there are challenges, I don’t say I’m having a hard time, I say they are rich times. Things are going to grow from these times.”

May’s forthcoming album Tiny Beautiful Things is set to release on May 13, just shy of the songwriter’s birthday. Named after the book by Cheryl Strayed, the album is a collection of songs dedicated to the power of connection.

May is currently on her album release tour through the end of May. Click HERE for the dates and for tickets. 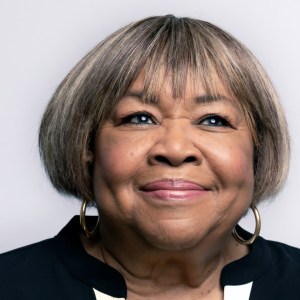