If you only know Colin Hay from his work with Men At Work, you’ve missed out on the prolific solo career as a singer-songwriter he’s built up over the past quarter-century or so. It’s a good time to be a Hay fan: The fascinating documentary Colin Hay – Waiting For My Real Life is available to stream, he’ll be heading out on an extensive world tour this month, and his excellent new album Fierce Mercy arrives on Friday. He recently spoke with American Songwriter about the inspiration for his new songs and his resurgent popularity.

The title of the album, Fierce Mercy, comes into play on a few of the songs. What was it about that phrase that struck you?

My friend Michael (Georgiades), who co-wrote most of the songs on this record, came round to my house one day and he had this piece of music. And he said, “Fierce mercy. That’s it, that’s all I got.” It was just kind of a striking phrase. It’s really about how sometimes you get those punctuation marks in your life. It can deal with health or it can deal with many things. But you get some kind of tap on the shoulder to remind you to take care of the things that are important and there seems to be something merciful about that. If it doesn’t completely take you out, you have to listen to those things, those warning signs.

The music on the album is stirring, with a lot of songs that start off bluesy and sad but then blow up into these big choruses. How did you and Michael come up with that approach?

It was exciting for us because sometimes a song would start off being just an acoustic idea. And so you think, well OK, this sounds pretty good with just acoustic guitar and voice. And then you’d lay something else down on it. And then I started to involve a friend of mine named Fred Kron who’s a beautiful orchestrator. He would come up with orchestration that all of a sudden made it more dimensional, and these soundscapes were kind of presenting themselves to us. The songs were taking on, in a way, a life of their own, which was surprising to us as well in a very exciting way.

Speaking of that kind of sweeping approach, “Secret Love” reminds me of something that Roy Orbison might sing.

Well, exactly. That was the whole inspiration for that song.

I was on the right track then.

You’re on the money. Roy Orbison and Gene Pitney. When I was growing up in Scotland, I loved those songs. My mother and father had a music shop and I would always listen to these records, all the American stuff. The Righteous Brothers or Orbison or Pitney, they all had this kind of big, majestic, awesome-sounding production. So I was sitting upstairs one night, watching David Letterman or something, this melody just popped into my head, this little simple thing and I immediately thought of Roy Orbison. So it’s kind of my intent to try and be inspired by the operatic pop of Roy Orbison.

“I’m Walking Here” is a bold song, as it combines rap, gospel and a famous Dustin Hoffman movie quote. How did that all come together?

I was on tour just after Trayvon Martin got killed. It stayed with me. And I was out on the road and I was thinking about Trayvon and I was messing around with this music idea. When I got to the chorus, I said, “I’m walkin’ here, I’m just walkin’ here,” which is basically what he was doing, he was just walking home. Why can’t people just walk home without being harassed?

I always thought well, I’ll do something with this and I’d like to get some people to rhyme on it. But that’s not a world that I really know about. So it sat around for a little while and then I played it for Cecilia (Noel) my wife and she said, “Oh you should get Swift (Eric “Swift” Piazza) and Deploi (Manuel “Deploi” Lopez) to come in.” They’re friends of hers, they worked with her on a record. They came in and they rhymed on it and it just worked really well. In a half day they came up with that stuff and put it down. All of a sudden we had a song.

There’s a lot of introspection on this record, with issues from relationships to aging and even death cropping up. Is that something that comes up naturally out of the songwriting process or are those things that you’re tossing around in your daily life?

My natural state is probably one of melancholia, with occasional bouts of hopefulness. I think I’ve always been old in a way. Even when I was with Men At Work, I think, similar things were going through my head. I look at someone like Woody Allen and I get great inspiration from a lot of the things that he does in the sense that he just gets on with it. And I think in his films, I’m not quoting here, but he’ll say things like all of a sudden, from a very young age, you realize at some point this is all going to end, that you actually die.

And I think once you make that realization, you think, well, what is the point? So you have to kind of make sense of why you get up, why you have breakfast, what motivates you and so forth.  And I think that’s one of the things that, as I get older, I think about more. Something can happen tomorrow. On a good day, you think, well maybe I’ve got 20-plus years left walking around if I look after myself. But you can actually visualize that, you can imagine that, because you’ve gone through the last twenty years and it went pretty quick. So you think, I better enjoy myself and I better do things that have some kind of resonance and some kind of meaning.

Directly related to that, the final track on the album, “She Was The Love Of Mine,” deals directly with your mother’s death. Do you find it difficult to write that kind of raw, emotional material?

It’s not really an academic of cerebral process for me. I remember the last year of my mother’s life, spending a lot of time with her and it was a beautiful time, even though it was it kind of horrible for her because she knew she was close to death. But at the same time, we talked so much about everything that had happened to her. There’s a great photograph I have of my mother and father’s wedding. It’s got a lot of people in the photograph. And sometimes we’d have coffee and I would have that photograph as my screen saver on my computer. And I would say to her, “Who’s that person?” And she’d go, “Oh, that was Ethel.”

So she would tell me about it. And it was fantastic. I had all these weeks and month of just going through the past according to my mother. And then we would sit and watch these ships coming in and out. And after she went, that song presented itself. And so, what do you do? You just write it down and you play it. It’s right there. So she was the love of mine, as is the case with a lot of people. Your Mom is a very special person.

The songs on this album are really open-hearted and unafraid to show emotion. Do you sense that there’s a real craving for that among audiences who might be lacking that in modern music, which can be more distanced and ironic at times?

My experience has been that there’s always people who crave that and love that. People crave connection and connecting with themselves and other people. I don’t know whether it’s lacking. I don’t really think about that. I listen to music and I think that there was great music around then and there is still great music around. There is so much more music around now that sometimes it’s a little bit mind-numbing trying to wade your way through stuff and find things that have a little more resonance. That might be a little more challenging. But it is still out there, I think.

You’ve never really fallen out of the cultural eye because Men At Work had so many iconic hits, but right now you’ve got a new album, a tour coming up and a documentary about your life and work that was recently released. Is there any way to take all of that in stride?

I’ve never taken it in my stride. You always have to look in the mirror and tell yourself the truth. If there wasn’t interest, you might have to say, “Look it’s time to stop this or at least do it in a different way.” What I do is really not that complicated in a sense that I write songs and then record them and go out and play them. It’s a relatively old-fashioned approach to it. But my audience seems to be growing still when I go out and play. And it has been a kind of slow and steady climb. Every time I go out on the road, more people come. You respond to that. If it was going the other way, you’d think maybe it was time to hang up the hat. But that doesn’t really seem to be happening. 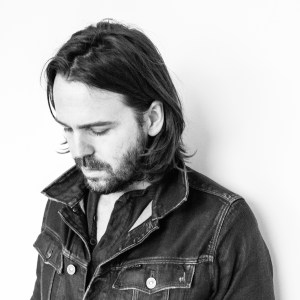 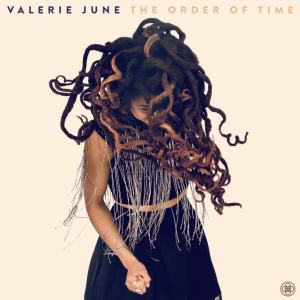