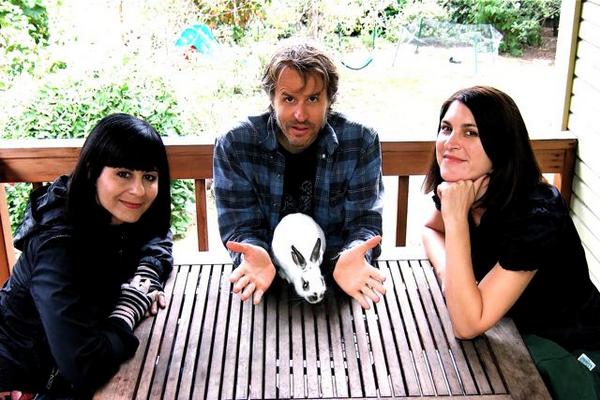 Beloved Portland indie rockers Quasi are set to return on February 23 with American Gong. Recorded at Jackpot Studios by Kendra Lynn and mixed by Steve Fisk (Unwound, Sleater-Kinney, Shoplifting), this is Quasi’s first studio album since 2006’s When The Going Gets Dark, and their first for the label Kill Rock Stars. Listen to the first single, “Repulsion,” here. The band will hit the road in support of American Gong in March.

You know your cool when Carrie Brownstein writes your bio. Check it out below:

Quasi flings words and notes relentlessly, hurling music across the stage like grenades. It is explosive and electrifying. Coomes devours his instruments, whether it is keyboard or guitar, fusing melody and mayhem. His voice can go from deadpan to caterwauling, from a lovely lilt to a sardonic sting. Weiss is the avalanche (earthquake? tsunami? volcano?) of drummers. Really, just step aside and make a soft landing for your jaw, because it’s very likely to drop. Plus, Weiss can sing, which means that Quasi has harmonies; they hint at sweetness, settling into the halcyon moment for a while, before you realize that the words conjure a creeping sense of unease.

Quasi’s songs teeter between optimism and despair, fantastical journeys and harsh realism; this is a pop band for people who like their pop throttled. Coomes, Weiss and Bolme are consummate players who let go of the reins to let the wildness accumulate; who space out and make the music disintegrate, blur and tumble before it falls back into the groove. Their playing is proficiently, seamlessly ragged.

Quasi’s new album, American Gong, is still ringing in my ears. And by ringing, I mean that it’s obliterated and unstuffed the cushiony music that’s been singing me to sleep for the past few years. Personally, I’m well rested and ready to move on. American Gong signals that the musical group hug we’ve been stuck in for a while is over. Gong lurches and veers; it reels, resets, crawls and moans. But the album also professes beauty; it surfaces from the murkiness and soars. In the midst of this awesome sonic storm are expertly crafted compositions and arrangements, gravel and grime-coated rock, psych and pop tunes that never lose their shine.

Here’s something that resembles a cheat sheet: there’s a lot of guitar playing on this album.

Let me end by saying that Quasi is a stellar and inventive band. On American Gong they sound inspired, happy to be playing, even joyful. I think kids will discover Quasi for the first time on American Gong. And long-time fans will wonder where all the time has gone and be thankful that Quasi is still around to provide the unofficial soundtrack to our hopelessly hopeful lives. Rise up!

03. Everything And Nothing At All

More dates to be announced. 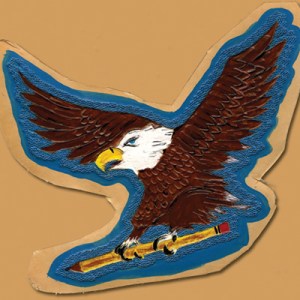 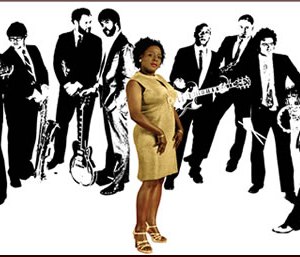