Mark Stein has a history that can be traced back to the mid ‘60s, when, at the helm of the innovative hard rock band Vanilla Fudge, he helped create a sound that had a decided impact in the then emerging era of progressive psychedelic music that helped define the new sound fostered by FM underground radio. The combination of Stein’s sturdy vocals and the heavy keyboard cadence of Stein’s predominant organ work made for a sound that heavily influenced the more adventurous bands of the day — Deep Purple, Styx, Uriah Heep, The Nice, and Led Zeppelin, among them. What’s more, the group’s proficiency in redefining classics — the Supremes’ “You Keep Me Hangin’ On” as well as various Beatles songs —  as dramatic and demonstrative epochs, set them apart and made fans of many of the experimental outfits that were emerging at the time.

The Vanilla Fudge continue to tour with three of its four original members — Stein, drummer Carmine Appice and guitarist Vince Martell, as well as Pete Bremy who replaced the retired bassist Tim Bogert. The band’s most recent studio album, Spirit of ’67, found them reviving their original formula and reimagining several songs borne from a formative era that defined the late sixties and early seventies.

To his credit, Stein himself has never felt constrained by the band’s fabled legacy. Aside from assembling his own eponymous outfit in recent years, he’s collaborated with a diverse array of musicians —Dave Mason, Tommy Bolin, Alice Cooper, John McLaughlin, Jeff Beck, and Jan Hammer, among them. He’s also continued to write and compose. One song in particular, a  number called “Racism” was actually written a few years ago but has now been released for the first time to express concern about the racial divide that’s sweeping the nation.

“Long about early 2017, I had written a song called “Racism,” Stein explains as he describes the origins of the song. “I have always been sensitive to the fact that racism exists and, in my view, has been a systemic problem in our society. So, one morning I was watching the news, and there was a spotlight on two young kids, one black, the other white, holding hands, smiling, and expressing pure joy and innocence while walking to school together.”

The image had a profound affect on him, and inspired him to pen the lyrics to a new song.

“I’m thinking, why will all that more than likely change as they grow up,” he recalls. “That was the moment when I sat down at my piano and the lyrics and melody poured out. After a few days. It was completed and I put together a band of great players and recorded and produced the track.”

Still, Stein says he did have some initial concerns when it came to actually releasing the track.

“Even though I was excited with the results, at the time most of my peers advised against its release because of its controversial topic,” he recalls. “So, because there was so much resistance, I put it on the back burner. Now, fast forward three years later. With the current racial unrest, I decided to release it, and in some circles is being touted as the soundtrack of the day.”

“Racism! Why did it ever start?
Racism! Pullin’ our world apart
Racism! Poison’s the human heart
Racism! Facin’ it everyday
Racism! Burnin’ the world away
Racism! Got nothin’ left to say”

The blazing vocal and the sturdy instrumental accompaniment it’s provided with gives an emphasis to the anguish and intensity that resides at the song’s core. Indeed, Stein sounds as inspired as ever, and the message he shares is underscored by the clarity of both his passion and purpose. Hopefully, the song will continue to resonate well into the future. 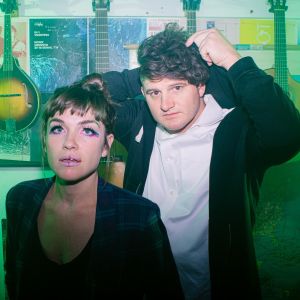 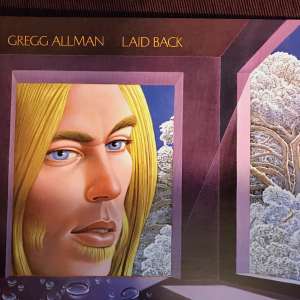