Reba McEntire had no real reason to believe she had a loyal gay following. The year was 1990, and “Fancy,” her version of Bobbie Gentry’s intensely feminist rags-to-riches tale, seemed to capture the imagination of far more than country music’s traditionally conservative base. The song’s slick pop flourishes stood in stark contrast to Gentry’s folk origins. It was a pop/country hybrid Reba helped cultivate throughout the previous decade, and the performance gave the red-headed Okie license to cook up shinier stage theatrics and a bolder public persona. In doing so, a new audience found an avenue through which they could express themselves.

“Fancy,” the centerpiece of Rumor Has It, tells the story of a poverty-stricken young girl named Fancy, her mother and baby brother and their sheer desperation to find a means of survival. Seeing circumstances continuing to erode, Fancy’s mother buys her daughter a red satin dress, dolls her up and sells her to a rich gentleman in the city. As we come to know, Fancy soon learns what she needs to do, fighting tooth and nail to make a way in the world. “You know I might’ve been born just plain white trash, but Fancy was my name,” Reba belts over a guitar’s gentle whine.

Rumor Has It quickly became a chart success, debuting at No. 17 on Billboard’s Top Country Albums before vaulting 14 slots the very next week. Fueled by such enduring classics like “Fancy” and the No. 1 smash “You Lie,” her 17th studio set is surely among her most cherished.

Get ‘Rumor Has It’
Vinyl, Digital, or CD
Buy from Amazon

It was during a meet-and-greet event in celebration of the album’s release that Reba encountered her first adoring fan all glammed up ─ thick rosy makeup, rich eye shadow, sparkling red dress. Her then-touring manager, the late Jim Hammond, came up to her and said, “There’s someone on the front row dressed up as you in ‘Fancy,’ full drag,” Reba recalls with gleeful delight. “I said, ‘No kidding!’ I walked in, and there they were. It was full-glam, full-makeup, full-hair, full-red dress. I couldn’t help but stare, seeing how well they did their makeup. I was very flattered. I know how long it takes to get hair and makeup and a dress on. Everybody else thought it was pretty cool, too.”

That moment naturally enlightened the small-town-girl-turned-country-megastar. Her entire worldview shifted as she came to realize, “I had a good following of people who just love the theatrical part of my concerts and videos. It made me feel really good that all the work we put into it had been so appreciated.”

In her decades-long career, Reba has always been one to speak loudly and proudly of her support for the LGBTQ+ community, whether outright in the press or through her music. For instance, on Read My Mind, released in 1994, she sings about a woman dying of AIDS. “She Thinks His Name Was John” was written by Steve Rosen and Sandy Knox, whose brother died from the disease during the height of the AIDS crisis in the 1980s. Such a song choice couldn’t have been an accident, and it speaks of Reba’s fearlessness in tackling real-world plights.

Looking back now, she had no qualms about embracing her growing gay fanbase. In fact, she was “very proud of it,” she says. “To tell you the truth, we were going so fast in the latter part of the ’80s and the ’90s, I didn’t give a mind to what other people thought. I was so pleased to have people come to my concerts and listen to my music. I was so grateful. It didn’t matter if they were gay or not. I was just so glad to have them come see me.”

Over the next 30 years, Reba look-alikes and drag performers exploded onto the scene ─ including the late Ryan Zink and his famously flashy Las Vegas act as well as Billy Hardin from Birmingham, Alabama, along with countless entertainers taking to local pageants and pride events. RuPaul’s Drag Race also prominently featured Reba’s “Fancy” this past summer when all-star performers Kennedy Davenport and Miz Cracker battled it out for the title.

Country music witnessed a shake-up with inclusivity as well. Songwriters like Shane McAnally and artists such as Brandi Carlile, Brandy Clark, Ty Herndon, Billy Gillman and Chely Wright have become trailblazers in the format. As the digital space expands, the next generation looks as promising as ever, from acclaimed acts like Katie Pruitt and Orville Peck to relative newcomers Cameron Hawthorn, Brandon Stansell and Paisley Fields. Even Lil Nas X’s country crossover hit “Old Town Road,” bolstered from a collaboration with Billy Ray Cyrus, suggests that the genre may soon be ready for a gay superstar.

Or at least Reba sure hopes so. “What needs to happen is people need to listen to the song. If the song is great, I don’t care who’s singing it ─ man or woman, black or white, gay or not. If the song is good, and they sing it well, and the audience loves it, it should be a hit. It shouldn’t be in a category.”

Long proclaimed an LGBTQ+ icon, Reba joins a bevy of entertainers who have championed the queer community and pushed society forward. The roster ─ including Dolly Parton, Lady Gaga, Cher, Madonna and even Taylor Swift ─ often tends to be women, perhaps because of their proclivity for overly theatrical set pieces. “I’ve always thought it was because we’re so theatrical. We love the theatrical changing of costumes and hair ─ and we get sassy on stage,” Reba reflects.

“What would my career be today without ‘Fancy’?”

The superstar pauses. It is certainly hard to surmise what kind of trajectory her career would have taken through the ’90s and beyond, if not for the hit song. The genre witnessed a drastic shift away from the country outlaw movement, splintering off with both the neo-traditionalist wave, popularized by acts like Alan Jackson and Keith Whitley, and glossy pop fit for arenas, forged alongside Garth Brooks and Shania Twain.

“The 1990s is when it really became about the performance, when we had 15 costume changes, 10 dancers on stage, more lights than Madonna or Michael Jackson had on their stage. I was completely taking up the entire floor of the arena,” she says. “It was so theatrical, and it took 21 trucks to carry it all. We were doing three to four shows a week at different venues. It was huge. We were going 900 miles per hour, enjoying it all and having a great time.”

Always one to break ground and set new trends, Reba’s stage show blossomed into a must-see event. Whether she was emerging out of the stage floor, peeling back a fur coat to reveal her iconic “Fancy” dress, or utilizing a taxi cab for the song’s rumbling intro, she knew how to please a crowd.

From humble beginnings in Oklahoma — her father a world champion steer roper, her mother a schoolteacher — Reba leapt at the chance to incorporate frilly, glittery attire to her stage shows. Her eye for fashion became as vital to the show as the music itself. “All I ever had was hand-me-downs, so if I could get onstage with one outfit, why wouldn’t two be better?” she offers. “And if you had two great outfits, why wouldn’t three be better?”

Among her most awe-inspiring outfits came at the 1993 CMA Awards when she took the stage alongside Linda Davis for a performance of “Does He Love You.” Reba famously stepped out in an elegant, low-cut dress, and needless to say, she turned some heads. “I was just worried what my parents would think about it being so low cut,” she looks back. That dress was later included in a Country Music Hall of Fame exhibit, forever commemorating its legacy.

“Boy, has that dress been part of my career,” she says.

Even with a slew of chart-topping hits including “Whoever’s in New England,” “Cathy’s Clown” and “The Last One to Know” and numerous CMA Female Vocalist of the Year trophies throughout the 1980s, “Fancy” changed everything.

It was her first time working with producer Tony Brown, who had already made a name for himself as a founding member of the Stamps Quartet and as a back-up musician for Emmylou Harris. He later toured with Rosanne Cash and eventually rose to prominence as the president of MCA Records. When then-label head Jimmy Bowen, who’d never been keen on “Fancy,” left in the late ’80s, Brown inherited much of the MCA roster. That included Reba.

Recording of Rumor Has It was winding down when Brown asked her if there were any other songs she wanted on the album. “Fancy” popped into her head, and the two set about crafting what has become one of the greatest country songs in history. Largely adhering to the original melody line, bigger and bolder production elevated the story into a soaring piece of music. Reba would later head out to the outskirts of Franklin, Tennessee, in the dead of winter 1991, to film the equally iconic music video.

The clip — starring Jonna Kae Volz (as “Young Fancy”) and Norman Woodel (the “Gabby Cabbie”) and directed by Jack Cole, mastermind behind many other legendary Reba videos (“Is There Life Out There,” “The Night the Lights Went Out in Georgia”) — follows the lyrics beat for beat. In conversation, Volz, now an acting coach in Springfield, Missouri, recently discussed the video’s overarching theme of women’s liberation.

“What is, specifically, so interesting about the Fancy story and how it’s told is the various choices. The first choice, she didn’t make. She could have said, ‘No, I’m staying here.’ But she did what her mother told her. Her mother’s influence was so powerful,” Volz says. “Her desire to make her mother proud and just do it says a lot. Children wanting to please their parents and motivations behind life is a big conversation. She worked her way up and used the power that she had to get herself out. She’s not ashamed. She did what she had to do to get out.”

Reba certainly agrees. “Even though she was a prostitute, her and her mother realized this is how you’re going to be able to survive in this world. You get your toe-hold and then go on and be bigger and better, and also take care of yourself and help others.”

Reba has not only utilized her platform to celebrate the LGBTQ+ community in a very public way, but practices what she preaches in her private life. In 2017, she walked her dear friend Justin McIntosh and his fiancé Nathan Smith down the aisle. “I wanted to do it because I love both of them,” she now reflects. Originally intending to walk only McIntosh, she was later approached by Smith at the engagement party, and he asked if she would do the same for him. “I just started bawling. I thought it was the sweetest thing in the world. They’re very near and dear to my heart. They love each other with all their hearts. How can you deny that?” she says.

A devout Christian, Reba lives her life as the Bible teaches ─ offering compassion, love, and understanding to a largely marginalized group. “I don’t have a problem with the gay community. I might get a lot of criticism, but it’s from my heart. The Lord says to love him with all your heart, mind and strength, and he says to love others as you love me. I feel I’m doing what the Lord says to do. I’m loving people. It’s not my job to judge. I’m here to love, entertain and make people feel better once they hear the music ─ to share the love God gave me.” 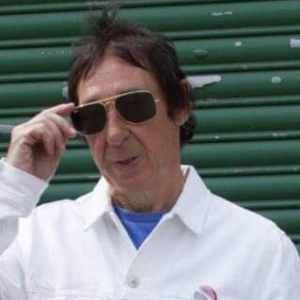 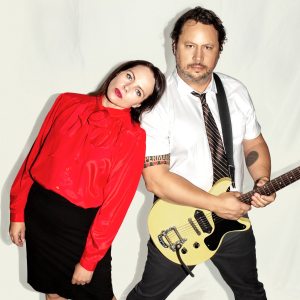