Brandi  Carlile/In These Silent Days/Elektra
4.5 Stars out of Five Stars

Brandi Carlile’s recent crowning as “Artist of the Year” from the Americana Music Association provided the culmination of a career that’s ascended from one high plateau to another. In a career that dates back some 16 years, she’s accumulated an incredible array of honors and awards (among them, six Grammy Awards, the Billboard Women In Music “Trailblazer Award,” CMT’s “Next Women of Country Impact Award,” as well as continued kudos from the Americana Music Association), all of which have likely forced her to extend her mantle place simply to accommodate them all.

Then again, that doesn’t even account for the recognition received for her efforts with the supergroup of sorts, The Highwomen, a group that reaped any number of honors wholly on their own.

Likewise, one ought not to forget her best-selling memoir, Broken Horses, which made its way to the top of the New York Times’ Best Seller list.

It’s enough to take one’s breath away simply by thinking about it all.

At any rate, those accomplishments certainly set a high bar for whatever would come next. That said, the emotionally overwrought perspective that ballooned within her last album, the Grammy-winning By The Way, I Forgive You, made it evident that Carlile had no qualms about baring her soul. Not surprisingly then, its follow-up—and the seventh effort to date — takes those feelings to even greater heights, courtesy of deep, often dark, dramatic songs infused with riveting arrangements, soaring vocals, and sentiments shared without hesitation. Carlile’s collaborators, Phil and Tim Hanseroth, provide the sonic embellishment that frequently sends these tracks into the stratosphere, making each offering nothing less than simply spellbinding. The drama is decisive, as Carlile attempts to share her life lessons and offer encouragement in the process. The readily reassuring “This Time Tomorrow” sums those thoughts up succinctly:

In fact, there’s not a single song here that doesn’t share a similar notion, although happily, it’s not all as dire as the listener may be led to believe. Don’t let the world make you callous, be ready to laugh, she implores via the sweetly swaying “Stay Gentle.” There is light on your path.

Given melodies that range from high-minded piano ballads reminiscent of Elton John (“Right On Time,” “Broken Horses”) to songs with a more persistent pace (“Mama Werewolf,” “You and Me On the Rock”), there’s not a single number here that doesn’t allow for an emphatic impression. This is, in every way, a crowning affair, one that’s destined to be considered a high point in Carlile’s ever-expansive career. It’s little wonder then that In These Silent Days consistently speaks volumes. 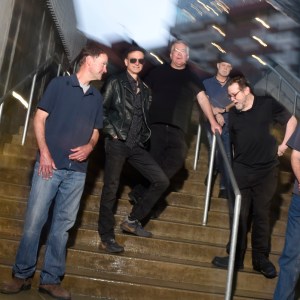