Is it really a comeback if they never left our playlists?

“It feels a little scary,” Mike Connell candidly tells American Songwriter about the release of Steadman’s Wake. “It’s something that I hadn’t experienced in more than 20 years—the lead up to a release. So in some ways, it feels like old hat, in other ways it feels pretty novel just because it’s been so long.

“The process is absolutely been very different this time,” Mike continues. “The record came together at a far more leisurely pace than some of the old records did.”

Steadman’s Wake is an 11-track pensive dive into The Connells’ fondness for jangle pop and rock tones. Lead vocalist, MacMillian, describes the record as a collection of “mid-tempo songs” that breaks from their previous MO. The record, however, does include three songs from their eighth album release, Old-School Dropouts (2001), in addition to eight new songs.

Despite being able to find some of our favorite sounds from previous albums in Steadman’s Wake, this latest record is something new. The lyrics in the songs are more distinctive and the melodies more mature. “​​Years ago, in the ’80s and ’90s, I purposefully avoided getting too personal with tunes or trying to reveal too much,” Mike explains. “Now, ​​the songs are more personal. Two of the songs on this record, I wrote with my two children.”

Mike wrote “Fading In (Hardy)” with one of his children in mind, and more self-explanatory, “Songs For Duncan” was for one of Mike’s sons, Duncan. “With ‘Song for Duncan’ the challenge was to write something that captured something essential about this child—who is no longer a child—without getting too syrupy and maudlin,” Mike says.

Another track on the album and the title track, “Steadman’s Wake,” continues this introspective streak of songwriting for The Connells, but appears in a darker key. “I thought a four-minute pop song would be my opportunity to try to make a statement or to say something about the opioid crisis, the futility of war, and events in Charlottesville,” Mike says. “It was just because all those things were on my mind a lot, and I saw it as an opportunity to get something off my chest.”

A therapeutic release of art for Mike, “Steadman’s Wake” is a steady swirl of poignant lyrics and moving instrumentation. “That’s one of my favorite songs, and it’s a track I barely remembered,” MacMillian chimed in. “It was something that we had worked on briefly many years ago… It’s a slight departure lyrically for us, or at least for Mike, as far as being a little less evasive or writing something that is not quite as open-ended interpretation-wise.”

Other notable tracks include “Hello Walter,” written for one of Mike’s old friends in addition to “Universal Glue,” “Stars,” and opening track “Really Great.”

Overall, we’re glad The Connells have returned, and even more delighted that Steadman’s Wake is marking a new era for the North Carolina band.

Listen to The Connells’ Steadman’s Wake below. 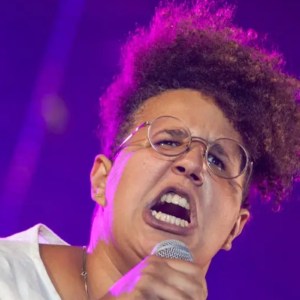