Dan Auerbach may want to be part of a group approach for his Arcs side project, but it’s hard not to see that this collective is his baby. Since he co-writes the songs and sings them, he is almost as much a focal point here as when fronting The Black Keys.

Regardless, the easygoing soulful rock, or perhaps the soft rocking soul of The Arcs is a cool outlet for him and his bandmates to hang out playing lamps dimmed down, retro-tinged music, and having fun doing it. Sadly, primary member Richard Swift, a key participant in The Arcs’ 2015 debut, passed in 2018,  causing a delay in this follow-up. It finally appears eight years after the terrific but rather forgotten Yours, Dreamily. Auerbach says “This album is all about honoring Swift,” and since the latter appears on some tracks as either a co-songwriter or player, mission accomplished.

Like the previous set, this is another batch of slightly skewed but affectionately crafted R&B, heavily tinged by mid-’70s affectations with some blues touches. For every straightforward touchstone like the tender, ’60s slow dance inspired “River” with strings supporting Lee Michels’ Ace-Tone keyboards and the following “Sunshine,” a sweet ditty that closes with some truly odd, female voices singing “Sha sha la la la la,” others take twists. Michels’ Mellotron punching through the otherwise forthright ballad “Love Doesn’t Live Here Anymore,” is offbeat yet apt.

The outfit covers “A Woman Will Do Wrong,” the disc’s lone non-original, an obscure classic first sung by Irma Thomas and others, changing the protagonist to “A Man Will Do Wrong” on the album’s most heartfelt performance.

Most impressive though is how soulful a vocalist Dan Auerbach is. His singing talents often get lost in the bluster of the Keys, but here, on tunes like “Behind the Eyes” and “Love Doesn’t Live Here Anymore’ (the title even seems grabbed from the early ’70s),  he taps a blue-eyed soul guise to impressive effect. Those songs could be performed by contemporary black artists and become hits. Even the brief, less than two-minute instrumental, “Backstage Mess,” although seemingly improvised, captures the spirit the band conjures up on this 40-minute excursion to the past. Lyrics revolve around broken-hearted relationships, but although the emphasis is on the sound, the words work well within the songs or as classy, unpretentious poetry.

Apparently, The Arcs have over 75 more tracks almost complete. Hopefully, we won’t have to wait another eight years for them to see the light. 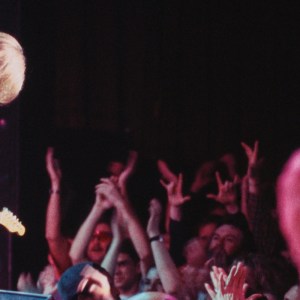 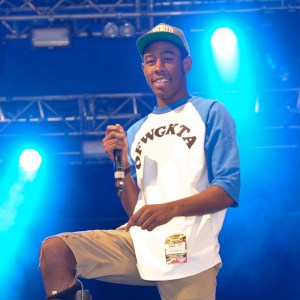