The well-worn journalistic catchall of an artist “getting back to their roots” is so corny it has become little more than a cliché most journalists steer clear of. Still, even Americana singer/songwriter Tim Easton admits that there is a sense of coming full circle on this, his first band-supported album in five years.

That’s because on You Don’t Really Know Me he reconnects with the same producers (Brad Jones and Robin Eaton), records in the same city (Nashville), and with a similar stripped-down live sound augmented by understated drum loops and standup bass as on his 1989 debut, Special 20.  But a lot of road miles and nine previous studio sets separate the two, which creates a far more mature performance on this tenth release than on that early stab at the brass ring.

Easton’s folk-rock feels crisp and reinvigorated on these 10 songs, partially due to recording his vocals as the musicians played as opposed to dubbing them in later. Similarities to fellow troubadour Peter Case are apparent, especially in “Real Revolution” where Easton reflects on the revolution in his “heart and mind.” It’s an introspective folk song exploring his recent recovery from vices and a divorce, sung with confidence in the realization he has moved on.  A comparable sentiment is also echoed in the following Dylan-inspired “Speed Limit” with the lyrics I can’t worry about tomorrow/yesterday is just a waste of time.

He enters UK folkie mode for the acoustic ballad “Archer,” another song reflecting his new lease on life with What I have to do today is stealin’ from tomorrow/how long can I go on when there’s nothing left to borrow. It’s sung with the proud resignation of a guy who knows he has burned some bridges and has now turned over a new page. Easton shifts to folk-blues for the stripped-down, trance-like subtle stomp “Son My Son” which starts out acoustic before an electric guitar breaks the spell.

On the sweet “Voice on the Radio” Easton pays tribute to John Prine with a lovely, heartfelt song never mentioning Prine’s name. That makes it a more universal statement about how music positively affects a listener’s outlook on life.

You can’t call this a comeback since Easton has never been gone, consistently delivering quality Americana over his thirty-plus-year professional career, which started before the term was even acknowledged. But with songs as wonderful as the chiming rocker “Running Down Your Soul” and “Peace of Mind,” the latter with the prescient words Time doesn’t care about me, he reestablishes himself as a veteran performer whose best days may still lie ahead. 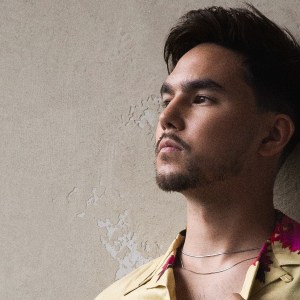 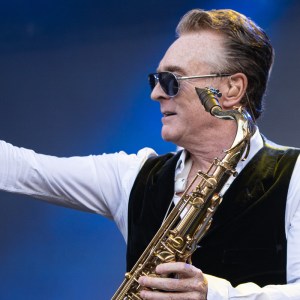