Jim James/Regions of Light and Sound of God (Deluxe Reissue)/ATO
3.5 Out of Five Stars

Having gained some notoriety as the frontman for My Morning Jacket, Jim James ventured further into the realms of atmospheric ambition with his first solo album in 2013, ominously titled Regions of Light and Sound of God. Given its auspicious title—the name came from Land Ward’s 1929 novel “God’s Man”—it came as little surprise that the nice it shared songs were cloaked in a kind of cosmic haze, all overcast arrangements that suggested some sort of celestial/spiritual inspiration. Most of the material on that original album more or less melded together, all of it engulfed within a series of tepid tempos that found each song seamlessly segueing into the song that followed. That said, it also made it difficult to pinpoint any absolute highlights, but thankfully, certain tracks did stand out—the otherwise upbeat “Exploding,” the decidedly emphatic “Of The Mother Again” and “Actress,” the latter of which finds what can be considered to be James’ most committed and consistent vocal of the entire album.

It’s appropriate then that any revisit to the album bolsters those original recordings with bonus tracks and B sides that bring extra depth and attention to the original offering. The deluxe edition boasts five heretofore unreleased tracks as well, which not only bring some added impact but also provide an added reason for repurchase. Of those newer additions, the lovely “You Always Know,” the shimmering “Read Between (Begin Again),” and the surprisingly spunky instrumentals “Sweets” and Epichord” find James opting for more of an emotional connection, and, in turn, easier acclimation for the listener.

Of course, anyone enticed by James’ efforts at the helm of My Morning Jacket will find it easy to appreciate the allure of his original intentions, but the uninitiated may want to take the time for repeated listens in order to fully absorb the feel and finesse of this oftentimes oblique potpourri.

James would go on to explore other similarly adventurous avenues throughout his career, but

Regions of Light and Sound of God set the standard. Notably, it sold remarkably well in its first incarnation, helping to establish James’ reputation as an unrepentant audio adventurer with a real penchant for merging mood and melody. Consider this a triumph well worth touting even a second time around. 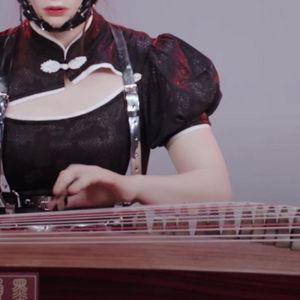 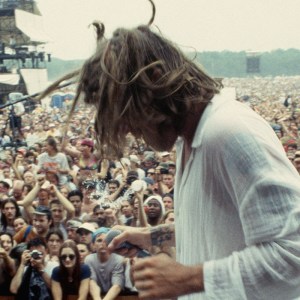