“I’ve always been the kind of guy who likes to work in the background supporting others rather than drawing attention to myself,” says singer/guitarist Ernie Vincent in the promotional notes to this, his third album and first since 2012. The Louisiana-born and bred musician is looking to change that with this offering, recorded in April of 2021 but inexplicably released nearly two years later.

To facilitate matters Vincent, who hasn’t written much original material previously, got support from some talented friends, specifically Squirrel Nut Zippers’ frontman and veteran performer Jimbo Mathus. He is listed as “band leader,” along with pianist in the credits, but also contributed three originals. Drive-By Truckers’ bassist Mike Patton provides songwriting and instrumental assistance to the 80-something-year-old Vincent who has been called one of the funkiest guys in New Orleans.

Although his earlier albums were more blues-based, Vincent and Co. dig into funk on the majority of these ten tracks. Co-producers Patton and Bronson Tew (who also hits the skins) employ strings, backing singers, and horns to expand the sound, taking it back a few decades. That even includes inviting disco ghosts on tracks like “Mr. Good Daddy” and the slick “Guilty as Funk,” which seems like an outtake from a 70’s Johnny “Guitar” Watson album.

Vincent returns to blues on the closing “Early Times,” the psychedelic “Blues Filler,” the wiry rocking of “Jealousy” and the slow grind of “Seven Sisters.”

It’s an eclectic collection, especially noticeable on the track “Black.” This bizarre cover comes courtesy of thrash metal band Neurosis who included it in a radically different arrangement on their 1988 debut. Vincent and the band twist it into a creeping, swampy vamp with ominous horns, spectral strings, and haunted backing singers providing a dusky vibe totally distinct from the rest of the disc. Who introduced it to Vincent, and why, is unclear, but the performance is cool and dark, which may be worth exploring in the future.

Vincent’s gruff vocals range from cool and committed to average, although always faithful to the material. His guitar work is tight, taut, and also appropriate for the tunes. This all makes for an impressive if somewhat incongruent and overly diverse set that seems to be throwing a bunch of styles against the studio wall to see what sticks.

Most of it does, but while mixing things up is usually recommended, it would behoove Vincent and his crew to be more focused on future releases. 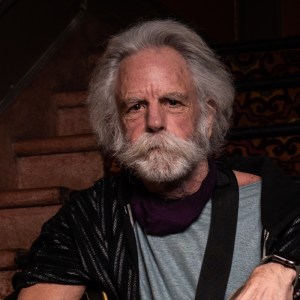 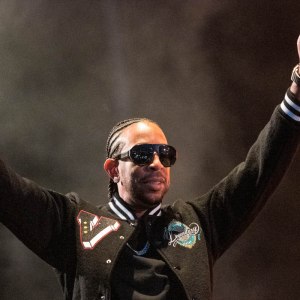