Multi-hyphenate rapper-actor-record producer-music industry mogul, Ludacris, secured hit after hit in the late ’90s and throughout the 2000s with his style of animated, aggressive, rapid-fire rapping. He soundtracked an era when the Dirty South sound reigned, blazing a trail among the mainstream for him and his peers.

Many of his 2000s tracks are the earworms that launched him into superstardom and cemented his legacy in the rap canon. Those songs are his most memorable, most enduring, and most beloved to this day.

Here are 10 Ludacris essentials that ruled the 2000s.

Get your lighters, roll that sticky, let’s get higher / Got that blueberry yum yum and it’s that fire, he sings in the chorus of “Blueberry Yum Yum”

With its catchy cool lyrics flanked by sparse synths, the 2004 tune is an undeniable hit. Yes, there are plenty of songs in existence about smoking weed, but none match “Blueberry Yum Yum,” a song named after a specific hybrid strain of marijuana.

A song with so much simplicity, yet so much undeniable allure, the 2001 banger, “Rollout (My Business),” is full of irresistible hooks and heavy-bottomed beats.

From his iconic album, Word of Mouf, the song was nominated for Best Male Rap Solo Performance at the 2002 Grammy Awards. While Nelly would take home the win with his hit “Hot in Herre,” “Rollout (My Business)” is still an enduring classic.

A song that boasts wealth and women, Ludacris’ 2000 hit, “Southern Hospitality,” also boasts a hefty beat and muscular rhymes. Animated and aggressive, the rapper fires off verse after verse in his effortless style.

Characterized by its ever-chantable yeek, yeeks and woop, woops, “Get Back” is a tough anthem about getting some space from sycophants and hangers-on. You don’t know me like that, the 2004 hit insists against a tinny, shuffling beat.

A cross-country love story, the 2001 tune, “Area Codes,” is about all of the women with whom Ludacris has had relations in multiple area codes, or different cities dotting the U.S.

Shake your money maker like somebody ’bout to pay ya, plays the 2006 banger, “Money Maker,” opening in a dramatic building orchestra.

Irresistibly danceable and undeniably fun, “Money Maker” is a beat-heavy essential that does its job—gets butts out of seats and onto the dance floor.

A pretty self-explanatory song, “What’s Your Fantasy” is rife with innuendos and drips with sexuality. The 2000 bop is a verse-firing, clever rhyming, dance-inducing track not safe for the ears of children, co-workers, and all-around pearl-clutchers.

Another song nominated for Best Rap Solo Performance, “How Low” may have lost to Eminem’s “Not Afraid” during the 2011 Grammy ceremony, but it won our hearts with its sci-fi synths and whiplash-inducing rhymes. A dancefloor-ready classic, “How Low” is the essential of all essentials.

The most iconic of the Ludacris catalog, “Move Bitch,” or simply “Move,” is a road rage-fueled, rough-and-tumble tune about more than just traffic. A groupie is apparently in the rapper’s way and he would like her to … well, move.

An animated rap exchange between Ludacris and rap queen Nicki Minaj, “My Chick Bad” was the rap duet that kicked off the 2010s. An instantly recognizable beat, clever verses heavy with pop culture references, and an electrifying connection between the two rappers make the 2010 track a triumph. 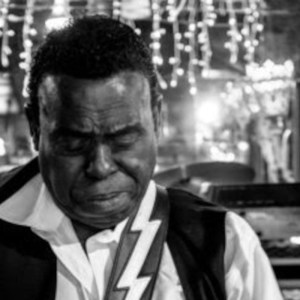 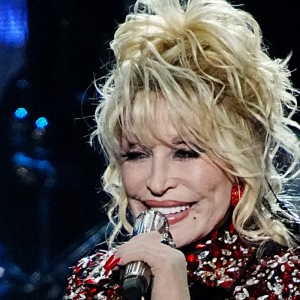