As the name implies, Fresh Bear Tracks marks the long-awaited return from the artist formerly known as Richard T Bear, and now known professionally as T Bear. One might say he’s returned from hibernation, but that’s too obvious a pun. Yet considering his past achievements—among them, his work with Crosby Stills and Nash (he can be heard playing keyboards on their song “Southern Cross”), the Rascals, the Blues Brothers, Billy Squier, Cher, and Gene Simmons and Peter Criss of Kiss—it is about time that he came out of the shadows and again flexed his musical muscle. A pair of early albums on RCA in the late ‘70s suggests he is in fact overdue for renewed recognition, and while those earlier efforts may have failed to prevent him from sliding into obscurity, the new album —his first in 35 years—and the marquee names that shares the spotlight with, Steven Stills, Edgar Winter, blues guitarist Walter Trout, ex- Paul McCartney Wing men Laurence Juber and Denny Siewell, Robby Kreiger of the Doors, Tom Petty and the Heartbreakers’ Benmont Tench, and top touted session players Dean Parks, Lenny Castro, Doug Pettibone Johnny Lee Schell, Hutch Hutchinson, Bob Glaub, Reggie McBride, and Tom Scott, among them, ought to up the ante as far as his credibility is concerned.

Drummer and producer Tony Braunagel also plays a role when it comes to fine-tuning the template, but ultimately it’s the songs themselves that allow Bear to bare his soul and pay heed to his long-suppressed muse.

The cornerstone of the disc, a song originally titled “Cradle to the Grave,” was written as a love letter to his wife Nina who passed away after a bout with leukemia. She was the one who encouraged him to resume making music and so it’s appropriate that he later reduced it as “Nina’s Song” in her memory. The album’s final entry, it finds him performing solo with strings, giving an austere feel that behooves the somber circumstance.

Other songs are born from firsthand experience as well. The relentless, rock-steady opening track, “Bring on the Night,” is a revamped version of a track that originally appeared on his first RCA album, now enhanced with horns. “Dear John” offers a soulful shout-out to John Prine, the man who first inspired him to pick up a pen and write songs of his own. “Cab Calloway,” on the other hand, offers an ode to the sultan of swing as imagined by a man T Bear spotted on the street wearing a topcoat and a zoot suit and emulating him on his own. He even adds Calloway’s famous “Hi-De-Ho” refrain for good measure.

Those soulful strains continue with the funk-fueled “I Don’t Care,” the mournful “Woe Is Me” and the steady groove found in “Give It Up,” a co-write with Stills that was completed only recently. “Wonderland,” a co-write with his late wife Nina, evokes the magic and mystique of Laurel Canyon via a sinewy spoken word narrative. So too, a jazzy remake of the classic Zombies “She’s Not There” brings that cool caress to another level. While it will likely never superseded the original, it could find a fine fit in a cabaret setting.

A fine way to welcome T Bear back, these fresh tracks find this vintage artist effectively ploughing his way forward. 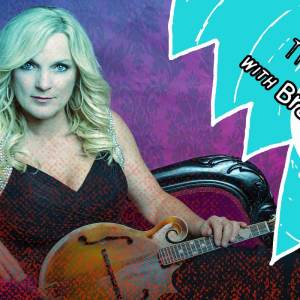 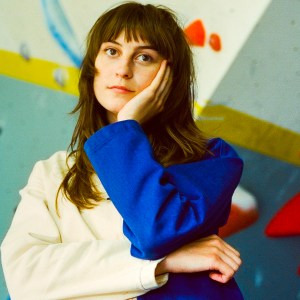