Parker McCollum’s good ole boy persona and arched attitude find an ideal mesh in his third outing to date, Gold Chain Cowboy, a set of songs that puts him in firm standing amongst today’s new country elite. Just 29 years old, he already wears enough grit and gravitas on his rolled-up sleeves to suggest he’s ready to tackle life’s challenges even when the odds appear stacked against him. Consequently, the new album retraces the common themes associated with a hard-luck existence— unfaithful lovers, the struggle to maintain an enduring relationship, and, of course, plenty of barroom bravado. It’s hardly surprising that one of the keynote songs is simply titled “Drinkin’.” Given its sway and swagger, it’s really not suitable for describing anything else.

So too, it’s not surprising that the material is unfailingly robust, with certain songs—“Why Indiana” and “Dallas” in particular—coming across with an anthemic overreach that begs full attention and an absolute urgency that underscores its need to be taken seriously. McCollum comes across with full force throughout, whether sharing the pent-up power found in songs such as “Wait Outside” and “Falling Apart,” or simply trying to convey the sincerity, sentiment, and unflinching conviction found in “Pretty Heart,” “Heart Like Mine” and “Never Loved You At All.” Producer Jon Randall effectively tempers McCollum’s bravado with emphatic arrangements that effectively anchor the songs and give them weightier stature that they might have merited otherwise. The fact that McCollum leans on such hardcore happenstance merits all the emphasis Randall manages to apply.

So too, an able supporting cast underscores the credence as well. Backing vocalist John Cowan, drummer Jerry Roe, and guitarists Jedd Hughes and Dan Dugmore are among the veteran session players that share their skills and add polish to the performances. At times, however, the material seems to fall prey to the standard country cliches. For all the added emphasis the participants imbue, there’s no escaping the fact that McCollum is retracing the same scenarios heard repeatedly these days, all troubling tales and watershed remorse that rarely arrives at any sort of compelling conclusion.

That said, McCollum shows potential to make a meaningful impact through some credible country crossover. If he allows himself to expand his parameters beyond his own solitary circumstance, this self-styled gold chain cowboy may be able to rope in some additional glitter as well. 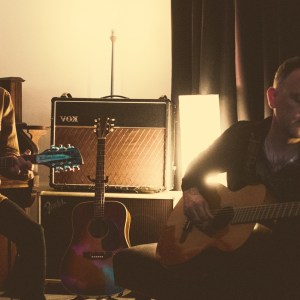 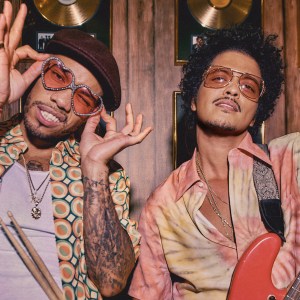