Rick Holmstrom
Get It!
(LuEllie Records)
4 out of 5 stars

The primary thought that enters most minds around the concept of an instrumental guitar album is likely a frantic, frazzled, shred happy set from fret demons like Joe Satriani, Steve Vai, or Jeff Beck. Journeyman guitarist Rick Holmstrom couldn’t be further away from that characterization.

Holmstrom’s vocal-free set, the seventh release since his 1996 solo debut (also instrumental), focuses on tone, touch, and classy arrangements, something he knows well from his work as a longtime band member for the iconic Mavis Staples. Occasionally referred to as Pops Jr., referencing Staples’ famous guitar-playing dad whose subtle, mood setting work was the definition of soulful, Holmstrom displays chops that emphasize feel over speed on this 14 track collection.

Initially recognized for his contributions supporting blues artists such as Johnny Dyer, William Clarke, and Smokey Wilson, the guitarist says “…I’ve had a foot in this world right along. I like the challenge of trying to say something without words, to grab people’s ears with just melody, groove, and dynamics.”

While there is plenty of punchy guitar over these 35 minutes, Holmstrom’s nonchalant restraint, class and humor are spotlighted throughout. Witty song titles such as “Erlee Time,” “King Freddie,” “Kronky Tonk” and “FunkE3,” evoke different sonic approaches and sounds. From the lonely, dark, reverbed surfer noir of “Taghazout” to the frisky Texas toe-tapper “All About My Girls” and the swinging jazzy frolic through “Robyn’s Romp,” Holmstrom’s delicate touch and low-key persona invigorates every performance.

He borrows a bit of Lonnie Mack’s stinging tone on “Surfer Chuck,” gets funky—complete with cowbell—on “Looky Here” and digs into a spirited shuffle for “Pour One Out.” On “Walking with Diane,” Holmstrom shifts into a sweet, near country twang exuding as much emotion as any vocalist.

Nothing breaks the four-minute mark (nine pieces don’t even make it to three), proving that less is often more both from a technical approach and the time it takes to say—or rather play—what is necessary, before getting out of the way. Holmstrom could easily expand these generally upbeat selections to twice their length and keep them interesting but he would rather strip them back to the basics and let his taut yet never strained playing do the rest.

The two-piece backing unit of drums and bass delivers the oil, providing the guitarist plenty of room to slither, strut and shimmy his way through a lively batch of tunes. The only downside is the abbreviated 38 minute playing time which leaves you wanting another dose of where this came from. 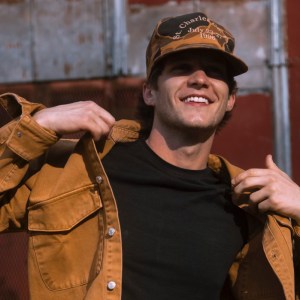 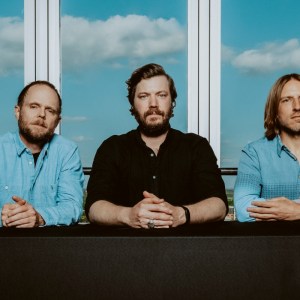